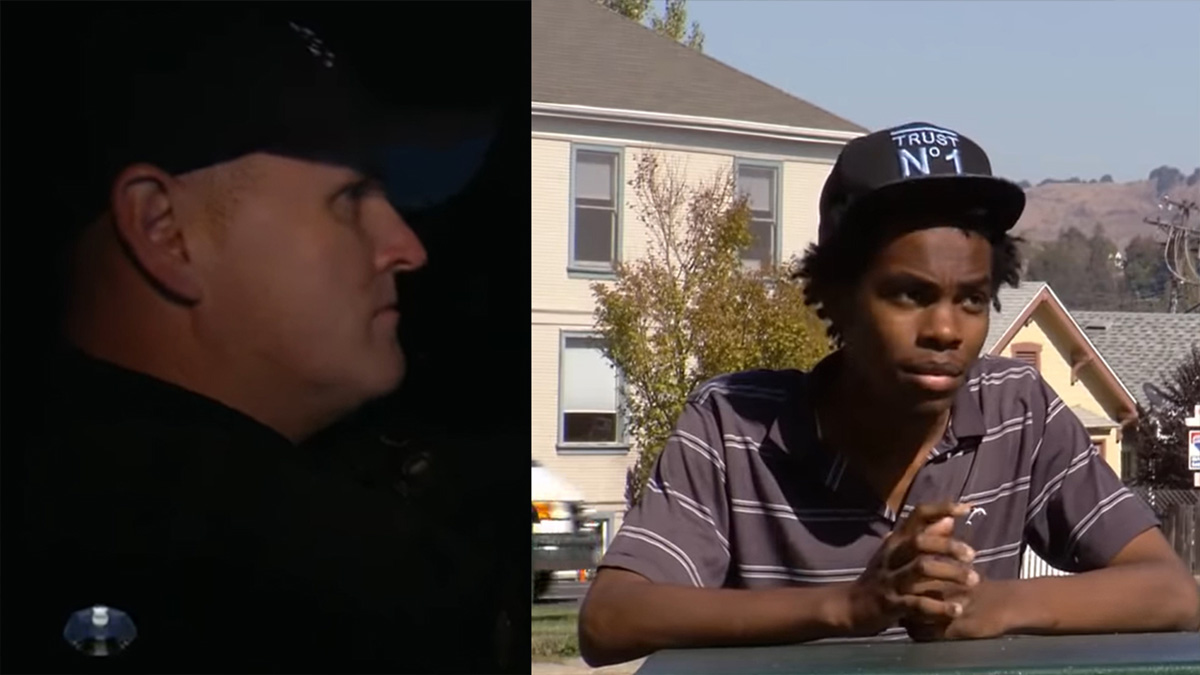 It’s not every 18-year-old who would insist on walking to his job seven miles from home after his car broke down.

But Jourdan Duncan decided this was the only way he could continue to work his usual nightshift and earn the money to fix his car and he refused help from anyone who offered to drive him.

Until one night he was on his way to work packing boxes for a nutritional supplement company in Benicia, California, when a police officer spotted him.

Benicia Police Cpl. Kirk Keffer saw Jourdan walking alone in the middle of the night and stopped to talk to him.

“The street that I caught him on is really dark, and there’s no sidewalks. And he was dressed in all black,” Corporal Keffer, a 10-year police veteran told CNN.

“I noticed it was a police car, and I was like ‘Oh, Okay. I’m not going to move. I don’t want him to think I have any weapons,” Jourdan told CBS News.

When the Corporal Keffer found out Jourdan was making the long journey to and from work on foot each night he offered to give him a ride.

It was during the ride the two got talking and the officer discovered that Jourdan needed his job to save money for college and become a California Highway Patrol officer.

“Jourdan wasn’t going to let the fact that he doesn’t have a car or bike limit his ability to work and raise money for college,” Benicia Police Officers Association (POA) wrote on its website.

“Walking to and from work was worth the sacrifice to make his dreams a reality.”

Corporal Keffer was so impressed with Jourdan’s work ethic and commitment he appealed to the Benicia POA for help in buying this young man a bike.

With the help of local bike shop owner Greg Andrade they were able to purchase a bicycle for Jourdan with all the equipment to keep him safe while riding at night.

Officers then surprised Jourdan by delivering the bike to his work.

Benicia POA even set up a GoFundMe for Jourdan to help achieve his educational dreams. So far more than $50,000 has been raised.

What a shining example Jourdan is and deserves all the help to achieve his dreams, he’ll definitely go far with that work ethic.

Corporal Keffer’s actions show what police officers should be doing for their local community and I commend him and his team for stepping up and helping such a worthy individual like Jourdan.