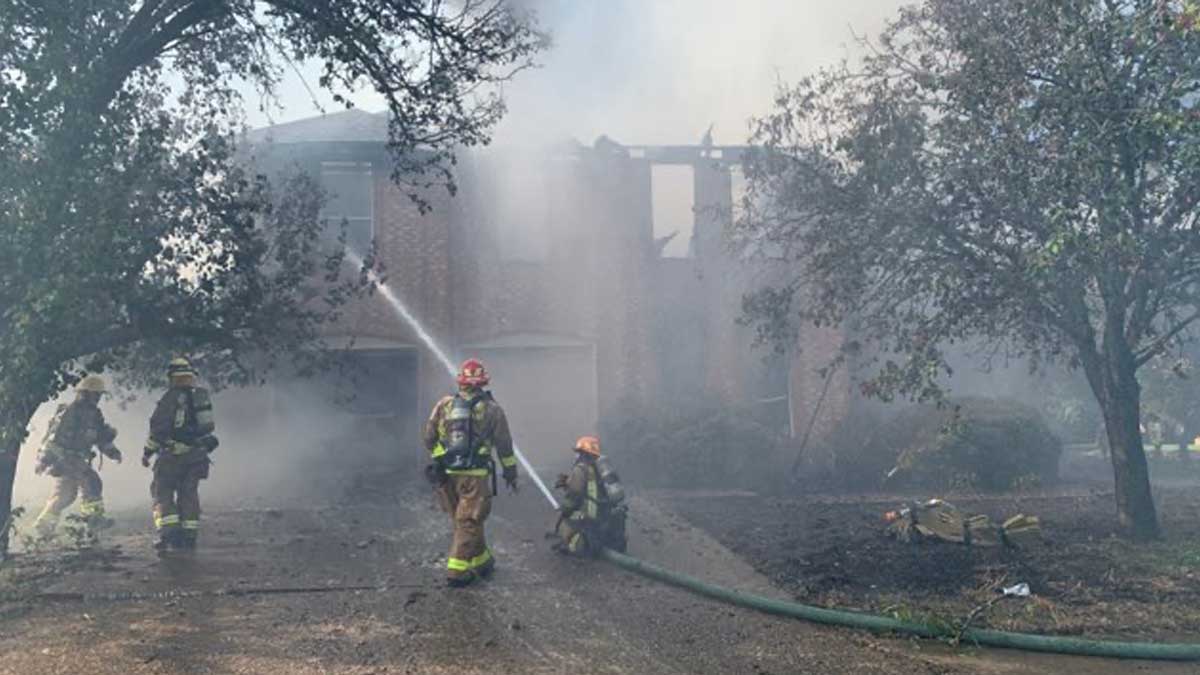 It was a series of events that no one could have predicted.

Austin Code Department and the Austin Police Department visited a resident in the Texas city shortly after 9 a.m. Wednesday to serve a warrant and conduct lawn maintenance due to high grass and weeds.

The visit quickly escalated when the resident began firing a gun from inside their home.

The situation, which resulted in one death and a house fire, didn’t end until several hours later.

Officials reported that around 10:21 a.m., the man inside the home in the 10600 block of Pinkney Lane began firing at code department officials and police, according to KXAN.

“They immediately backed off. They got all of the staff that was working on the house to safety and a SWAT call was initiated for a barricaded subject,” Police Chief Joseph Chacon said.

Despite utilizing multiple de-escalation techniques, the resident refused to leave his home. SWAT spent “several hours” trying to make contact, but were unsuccessful until shortly before 3:30 p.m. when officers went to the back of the home where the resident began shooting again.

Officers were able to gain access to the home with a robot.

A fire had been started, and officers tried to get the man to leave, but he stayed in the home for another 20 minutes.

The resident finally emerged from their garage “weapons in hand,” and he was shot by a SWAT officer.

He was taken to a hospital where he was pronounced dead.

According to CBS Austin, when a lawn is overgrown code inspectors work with the property owner. Residents receive a Notice of Violation notifying them what needs to be fixed and then they are given an allotted time to fix it.

Overgrown grass is expected to be taken care of within a week.

If the violation is not taken care of then enforcement is the final step.

The man had four previous notices from code enforcement, all for lawn care, but he was never flagged as a a threat. According to KXAN, officials visited his home twice in 2020 and three times in 2021.

This sounds like an awful situation. I have no idea what caused this man to act out like this. I am only glad that no one else got seriously hurt.