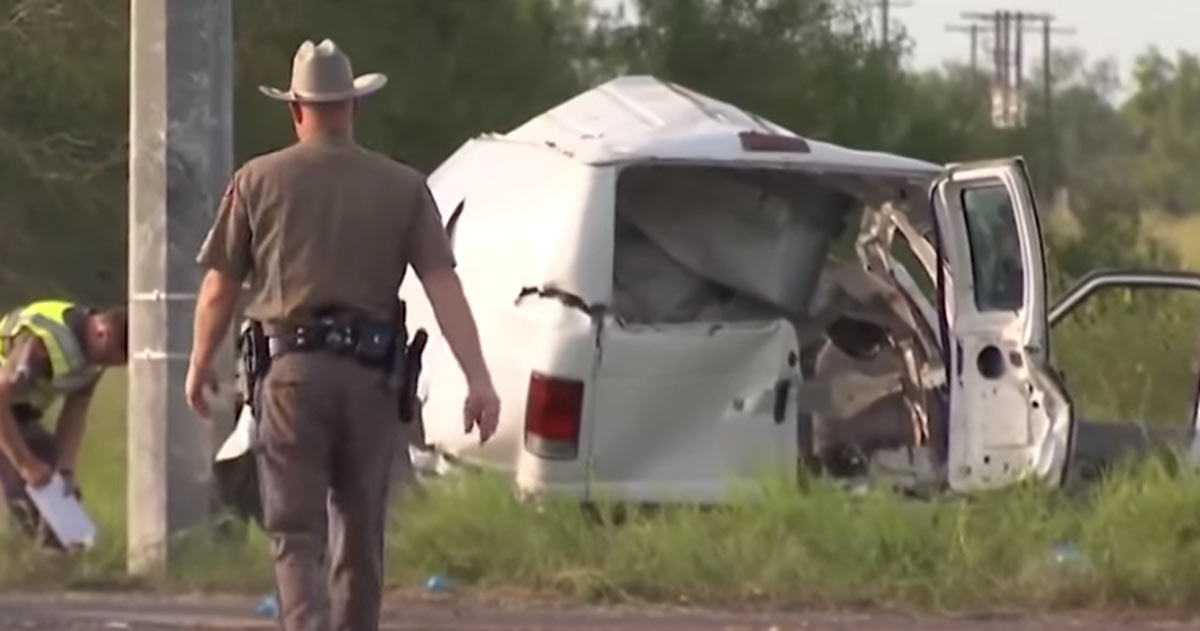 Ten people were killed and 20 injured after a van carrying 30 people crashed into a stop sign near Encino, Texas, according to Texas Department of Public Safety Sgt. Nathan Brandley, CNN News.

The van flipped after trying to make a right turn and “veered off the roadway and struck a metal utility pole and stop sign,” on Wednesday at around 4 p.m.

No other vehicles were involved and it’s thought the 15-passenger Ford van was traveling at a high speed at the time of the crash and was not part of a pursuit.

The driver and nine of the passengers were pronounced dead at the scene, and 20 others were transported to hospital, the department said.

At least a portion of the people in the van were believed to be undocumented immigrants, Brandley and Brooks County Sheriff Urbino “Benny” Martinez told KRGV News.

The investigation into the crash continues and the victims’ identities will be released once next of kin have been notified, the department said.

These people were clearly in a very vulnerable situation to start with but for it to end in a tragedy like this is heartbreaking. My heart goes out to the families who have lost loved ones. Rest in peace.