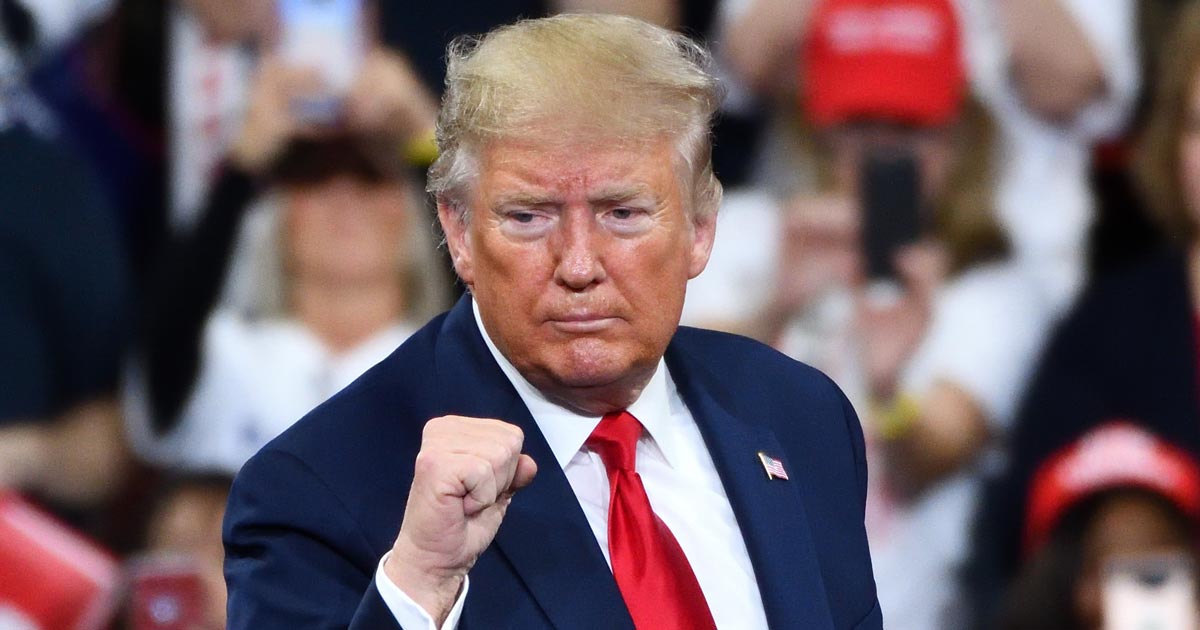 The former POTUS may have donated his salary, but despite that he is reported to have made up to $1.6 billion during his four-year term in office, according to a report by Citizens for Responsibility and Ethics in Washington (CREW).

The 45th President of The United States famously donated his salary to different government agencies. But this doesn’t at all mean that he didn’t earn anything during his time as President.

His salary of $400,000, that he donated, just represented one-tenth of a percent of the money he made as president.

“Far from being a sacrifice, the donation was merely a fig leaf to cover up four years of brazen corruption,” the report says.

The liberal watchdog group Citizens for Responsibility and Ethics in Washington (CREW) has reviewed Trump’s financial disclosures and calculated that the Republican disclosed at least $1,613,583,013 in earnings from the Trump Organization and other financial ventures.

CREW says that while the former President did donate his official salary, funded by US taxpayers, the revenue he earned during his four years of President still proved to be lucrative.

$620 million from his most high-profile assets

Calculating Trump’s personal finances can be very confusing, as the revenues reported from the business doesn’t necessarily have to reflect the amount the former President has taken for himself, given that there are several other persons involved in the business.

The reports says “it is impossible to know exactly how much he pocketed as president, as some of his assets list a vague “Over $5,000,000” in yearly income and because of the structure of Trump Organization businesses. Reported revenue does not necessarily reflect his personal income from them.”

But the report found out that $620 million comes from the Mar-a-Lago resort, his hotel in the nation’s capital, and three of his golf courses at Doral in Florida, Bedminister in New Jersey and Trump National in Virginia. Trump paid a combined 399 visits to these properties as president.

Trump’s team has been struggling to keep his finances private since October 2019. But just a few days ago, the Supreme Court ruled that the former POTUS has to hand over his tax records to the Manhattan district attorney.

It has previously been reported that despite making hundreds of millions of dollars each year, Trump only paid $750 in federal income taxes during his first year as President, as per Business Insider.

The report from CREW also revealed that the pandemic caused revenue to crash at the Trump Hotel in Washington DC from from $40 million in 2019 to $15 million in 2020. Mar-a-Lago, however, saw a slight uptick to $24 million, as the former POTUS continued to visit during the pandemic.

However, the 45th President of The United States appears to be less wealthy today than four years ago.

Earlier this month, CREW also investigated Trump’s daughter Ivanka Trump and her husband Jared Kushner’s finances. Jared Kushner and Ivanka Trump reported as much as $640 million in outside income while working in the White House as advisers to Donald Trump, according to the analysis from the government watchdog group.

Citizens for Responsibility and Ethics in Washington said Kushner and Trump “likely made hundreds of millions of dollars from questionable sources. All that was waived off by the same nepotism that got them their jobs.”

One main factor in their outside profits came from Ivanka Trump’s ownership stake in the Trump Hotel in DC, that is very close to the White House and the location of influence peddling in the Trump administration. This earned Ivanka more than $13 million since 2017, according to the report.

What do you think about how Trump reported making more than $1.6 billion while president?