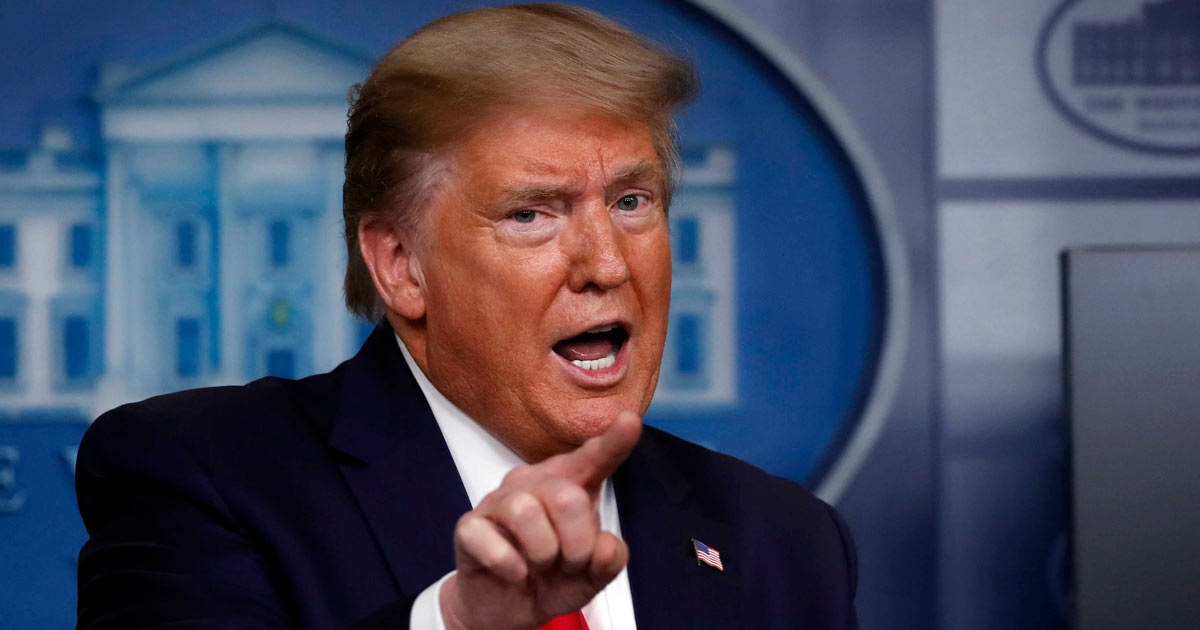 According to a report the former POTUS will claim he is the leader of the Republican party and its “presumptive 2024 nominee” when he makes his first public appearance at a conservative conference in Orlando next weekend, as per the Guardian.

Axios reported Trump’s appearance at the Conservative Political Action Committee next Sunday will be a “show of force.” The former president will remind Republicans that he still has control, even if he is not in the White House or on Twitter.

The longtime Trump adviser that spoke to Axios reportedly said Trump’s message will be: “I may not have Twitter or the Oval Office, but I’m still in charge.”

“Payback is his chief obsession,” the source added.

The 45th President of The United States will reportedly meet with advisers during the week at Mar-a-Lago to discuss his political future and set up a plan for the 2022 midterm elections.

Trump is also expected to pay back the 10 House Republicans who voted to convict him in his second impeachment trial and the seven GOP Senators who voted with Democrats to convict, as per Fox News.

The former president was acquitted, with 57 senators voting for his conviction, short of the required two-thirds majority, and 43 voting against conviction.

Jason Miller, senior advisor, told Axios that Trump has the intention to continue being a force among Republicans.

“Trump effectively is the Republican Party. The only chasm is between Beltway insiders and grassroots Republicans around the country. When you attack President Trump, you’re attacking the Republican grassroots.”

A poll released on Sunday, however showed that 46 percent of Republican voters said they would leave the party if Donald Trump decides to create his own, versus 27 percent who would stay with the GOP, according to New York Post.

Also, 80 percent in the USA Today/Suffolk University poll said that they would not back a candidate who voted for the former president, as per New York Post.

The survey of 1,000 Trump voters, identified from 2020 polls, was taken by landline and cellphone last Monday through Friday. The margin of error is plus or minus 3.1 percentage points.

What do you think about the former president’s next move for the future?