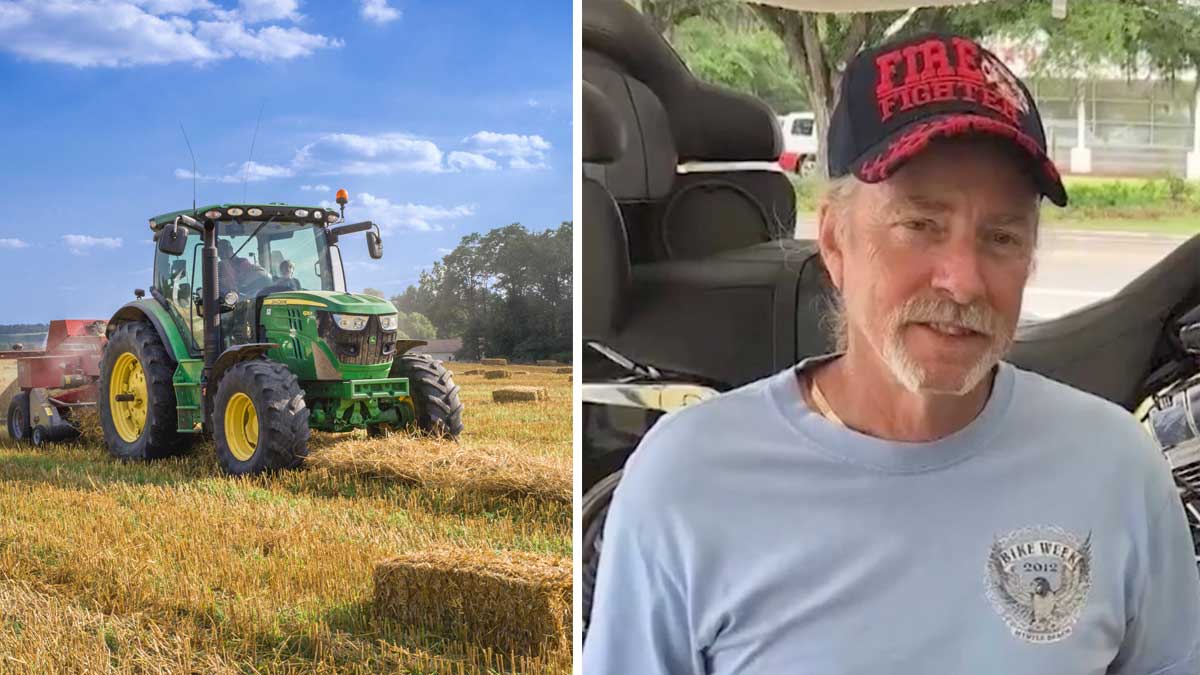 Two young boys, ages 8 and 9, have been charged with killing a 62-year-old South Carolina man after they fired a rifle in the man’s direction.

According to police, Danny Andrew Smith, was struck in the back while on a tractor. He was found slumped over his tractor’s steering wheel.

The incident occurred on June 23 when the young boys were firing a rifle in Oconee County, South Carolina.

Police say it is unclear which of the boys fired the weapon, but “we believe that both juvenile males discharged a firearm in a reckless manner in the direction of Mr. Smith who was bush hogging on some family property.”

“At this time, it is still undetermined which shot ultimately struck and killed Mr. Smith. However, based upon South Carolina law, the hand of one is the hand of all and that is why Family Court has been petitioned in regards to charging both juveniles with involuntary manslaughter,” Oconee County Sheriff Mike Crenshaw said.

Smith was struck while driving his tractor

Police responded to Smith’s property after his wife was unable to get ahold of him.

They were able to locate him and his tractor, which had driven down an embankment and into a tree.

According to a press release, Smith sustained a single gunshot wound to his back.

Due to the age of the suspects, they were not detained and were released into the custody of their parents.

They have been charged with involuntary manslaughter.

With a charge of involuntary manslaughter, it has to be shooting in a reckless manner. So, we do believe they shot in the direction of Mr. Smith on the tractor, and not just shooting up in the air,” Crenshaw said.

“We don’t think there was any malice. We don’t think it was premeditated, that their intent was to actually kill Mr. Smith, but when you fire a firearm in the direction of another person, in a reckless manner, then that is considered involuntary manslaughter.”

This is such a terrible situation. Young children should not have access to guns. Nothing good could ever come out of children having a weapon in their hand.