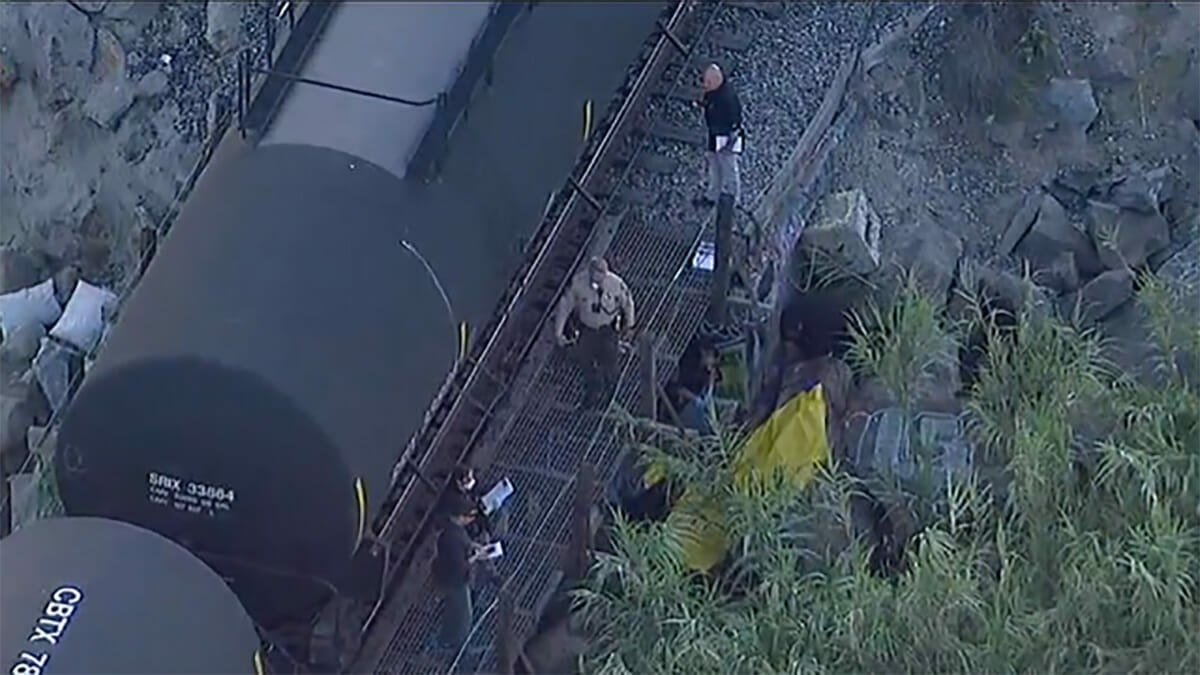 Two people were killed as they tried to free their dog who had got caught on train tracks.

They had taken their dog for a walk in Ventura, California and were walking along a railroad bridge when the accident happened.

As they walked their dog along the bridge, they noticed a train and moved aside but their dog got caught in the tracks.

When they returned to try and free their dog all three were killed by the speeding train.

Our hearts go out to the families of those involved in this awful accident.