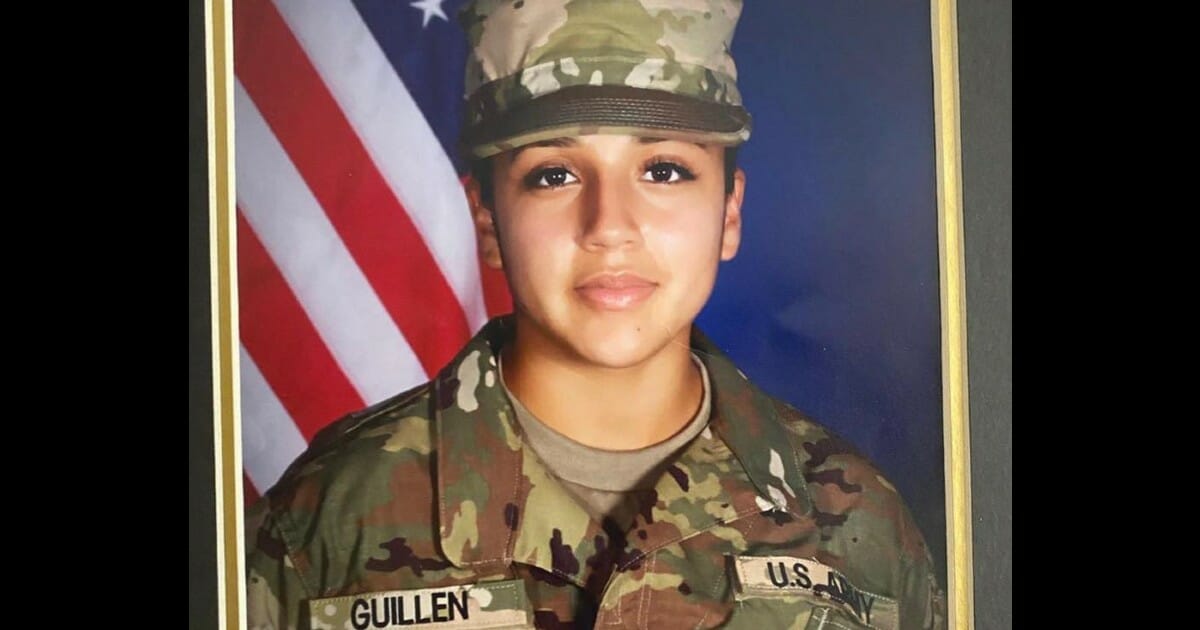 It’s been more than two months since Army Spc. Vanessa Guillen was last seen, and on July 3, the Army informed her family that the remains found days earlier in a shallow grave near the Leon River were hers.

“On July 3rd, the Army called me to confirm that the bones, hair and other remains found belong to Vanessa Guillen,” her family’s attorney, Natalie Khawam told NPR.

“We are at a loss for words. This should never have happened. Our country has lost a beautiful young soldier because the system is broken.”

According to Khawam, the 20-year-old was bludgeoned to death with a hammer in the armory room, where she worked.

“This heinous act caused her blood to be splashed all over the armory room,” Khawam said in the statement to Army Times.

Robinson allegedly contacted his girlfriend to help him dispose of the body, and when they couldn’t get the Guillen’s body to burn they dismembered and dumped her.

Robinson was only recently identified as a suspect. When CID attempted to make contact, Robinson shot himself in the head. He died by suicide.

Khawam told CNN that Guillen reportedly planned to file a harassment complaint against Robinson the day after she disappeared.

At the time, the Army said they were unaware of any sexual harassment complaints against Robinson.

Guillen’s case has drawn massive public interest, especially after her family began challenging the Army’s pace of the investigation and claimed she had been sexually harassed.

Vanessa Guillen deserves justice. No other soldier or their family should have to go through what she or her family went through.