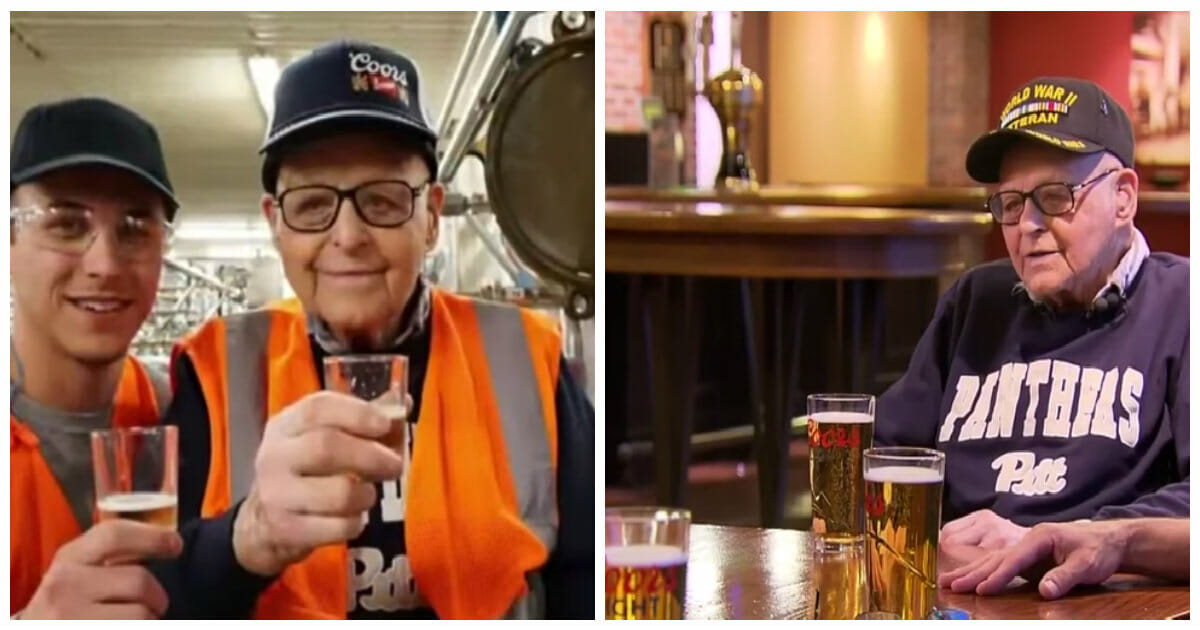 Everyone wants to live a long and healthy life, but no one wants to hear advice like “exercise every morning” or “cut out unhealthy foods.” Who has time for that?

Luckily, one centenarian’s advice for living past 100 is much more appealing—and many of us probably do it already: just have a nice cold beer every afternoon!

Beer isn’t usually what people consider a “health food,” but it seems to have worked for Andrew E. Slavonic, a WWII Air Force Veteran from Pittsburgh who celebrated his 102nd birthday on December 1.

His story went viral last year, after citing his daily Coors Light as the key to his long life: “I can sit here and drink this all day, it’s like a medicine,” he told CBS Denver.

Andrew’s daily beer ritual goes back to his younger days, when he’d treat himself after long afternoons.

“I was mowing my lawn at about four o’clock,” he recalled. “When I was finished with the lawn, I’d have my Coors Light. That’s when it hit the spot.”

Maybe all that beer really is the key: Andrew is extraordinarily independent and active for his age.

“He gets up at 8:30 every day and gets dressed and goes into the kitchen ready to cook his own breakfast,” Bob said. “Later, after he makes his own lunch, he goes into his home office and reads through the daily newspaper.”

“When people ask me about my dad and I tell them that he is going to be 102, they just don’t believe that he is that old but only looks like he is in his 70’s,” Bob said this year.

Andrew’s story struck a chord with beer lovers everywhere last year, and he’s had an incredible year since. When Coors heard about their biggest fan, they flew him to their headquarters in Golden, Colorado, where he got a private tour of the brewery, some swag and of course a beer at 4.

“The look on his face was absolutely priceless,” Bob told Fox News. “I think that this is a once in a lifetime experience.”

It goes to show good things come to those who drink. Between a long healthy life and a free brewery trip, this vet is living the life we all dream of… we might have to start following his lead and cracking open a cold one every afternoon.

But for Andrew, beer isn’t just a means of longevity—like a true beer lover, he knows a cold one is its own rewards.

“It’s a good flavor I really enjoyed it,” he told CBS Denver. “I just love to drink it… that’s all.”

Happy 102nd birthday, Andrew! You are truly our hero. We’ll be drinking one in your honor.

Spread the secret to a long life… share this story!