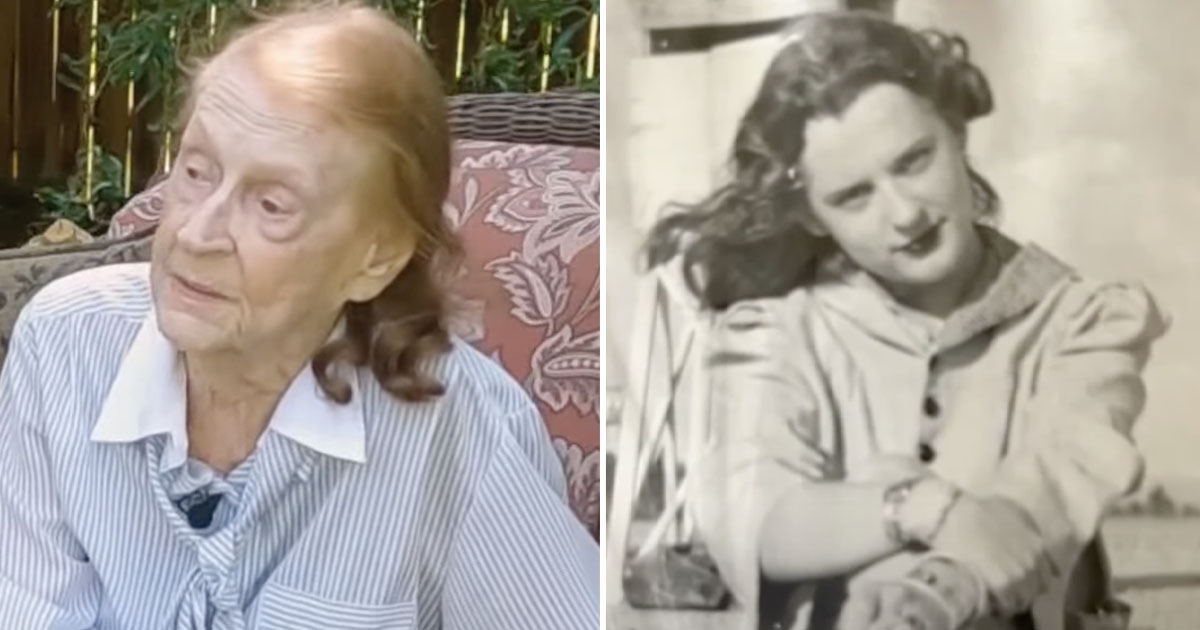 Our veterans have sacrificed so much for their fellow countrymen and their homeland. It only makes sense that we always honor them and make sure they feel like their years of service mattered.

Betty Martin is one of the very first women who were brave enough to join the Marine Corps women’s reserve. She is still alive today, and just celebrated her 100th birthday but remembers her time in the navy like it was yesterday…

In the city of Caldwell in Idaho, lives 100-year-old Betty Martin. She is well loved; so much so that for her 100th birthday, some loved ones flew in all the way from Southern California just to join in on the celebrations.

The party was held in Martin’s home, in her immaculate backyard. She lives at her home independently, not requiring much help even at 100 years old!

Born on August 20, 1922, she remembers her childhood being one with strict parents.

“I grew up in the era of movie stars and glamour and excitement, and my life was so boring,” Martin recalls.

She remembers the amount of restrictions her parents would place on her. She said, “My father and my mother were so strict I couldn’t get by with anything and I was always resentful,” adding, “you know, tell me not to do something and I just had to do it then, and I wanted to see just how much I could get by with because it was ‘don’t do this’ and ‘nice girls don’t do that.’”

But she was able to do something extraordinary; make a big decision that changed her life forever. She recalls the incident like it was yesterday, she said, “I was going to art school in California, and I was living by myself in a little apartment. One Sunday night I was listening to music on the radio and suddenly this voice comes on the radio and said, ‘we are interrupting this program to bring you the news, Hawaii has been attacked by the Japanese.’ I turned to ice when I heard that.”

Her reaction to the news was similar to what many other Americans experienced at that moment in World War II. And her response to it was similar to a lot of Americas as well. After the attack, the Marine Corps Women’s Reserve was set up. And without much thought, Betty knew she had to sign up.

“I just remember that day, I had to go from Burbank to Los Angeles,” Martin remembers. “I walked in and said, ‘is this where you sign up to be a woman marine?’ and he said, ‘yes, it is, come on in.’”

She joined the Marines on Marine Corps on May 16, 1943. She enlisted so early that the uniform for women had not even been designed yet. She recalls having to buy her own clothes as specified by the Marines.

“We had to buy these old lady shoes; we have to have cotton stockings that go all the way up,” Martin said. “We have to wear a girdle and when we go by them, the officers, they would whack us on the butt to make sure we’re wearing them because they didn’t want us to be too suggestive,” she said.

The hazing she faced for being a woman in the Marines was upsetting but she did not let it get her down. She recalls male officers feeling slighted by the fact that women could now also be in the Marines. “Put women in it, it took away all the glamour of being a marine,” Martin recalls.

But she did not let any of this get to her. She focused on her assignment instead. “On my board it said aerial photography,” Martin remembers clearly.

She was then shipped off to North Carolina for training and she also practiced her photography skills on the base.

“We had to take all kinds of pictures, so I got lots of good-looking men in there,” Martin recalls cheekily.

But the job wasn’t just about taking nice pictures but a lot more than that. “The part that it instills in you are the drums and the music and the stomping and the marching,” Martin stated. “I cry ‘HA,’ I cry every time I hear the march. Out of sentiment, I’m just so proud of em. I went into something I knew nothing about, and I fell in love with it. It is something that will always mean something bigger than I am.”

She dedicated 3 years of her life to the Marine Corps and after that was able to get an honorable discharge as a corporal.

After she finished her 3 years stint in the Navy, she decided to go back to art school in California. She became an accomplished photographer, draftsman, and stained glass artist in her life.

Veterans like Betty Martin are what have made this great nation what it is today. We are sending Betty a lot of good wishes on her big day.

Please share this piece with others so they can wish Betty on her birthday and appreciate her service to the country!