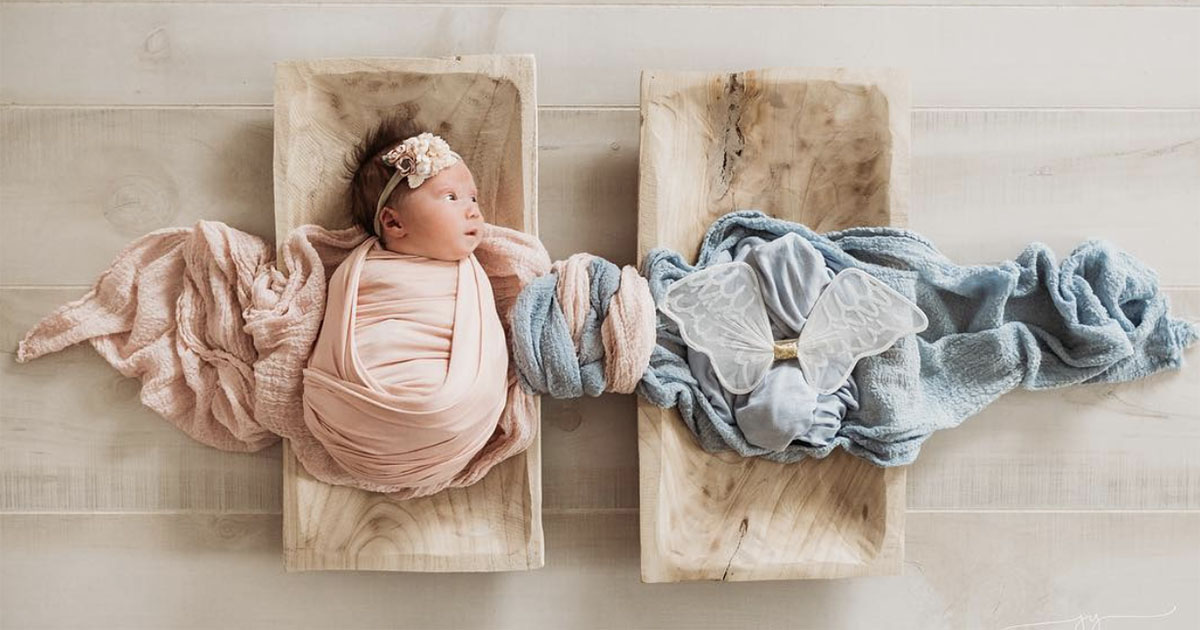 Becoming a mother is one of the most special events in a woman’s life. Sometimes women go through a few heartbreaks before having their baby.

Similarly, Heather Bowman suffered multiple miscarriages before she gave birth to her daughter Leti, whose twin passed away in utero.

Heather Bowman planned her pregnancy as much as she could. She wanted nothing more than to become a mother. She spent a lot of time and effort on becoming pregnant through fertility treatment as a single mom.

Unfortunately, Bowman was diagnosed with a rare uterus malformation known as unicornuate uterus. This made getting pregnant a lot harder for her. Before she gave birth to Leti, she had lost multiple pregnancies, one of which had been of twins.

Bowman was acquainted with the heartbreak of losing her pregnancies but was hoping things would be different this time around. But at her 17th-week ultrasound, the doctor told her he could not detect a heartbeat for her unborn son James, but her daughter Leti was still there.

Even with the heartbreak of losing her son before she ever got to meet him, Bowman resolved to soldier on and be strong for her unborn daughter.

She was recommended Jessica Young as a photographer by one of her friends.

When she met Young, she found herself telling the photographer everything about her painful journey of losing one of the twins before their birth. And Young immediately had an idea of how she could help Bowman remember the twin she lost.

When the young mother came into the photography studio and saw the idea Jessica had had, she was beside herself! She immediately loved the idea and grew emotional over the fact that her baby James was being honored too.

“All Leti could do was look over to where her brother would have been, and I couldn’t help but feel he was lying there, letting her know he was there and that he is always with her,” says Bowman.

The young mother was overjoyed at her newborn daughter’s reaction at the shoot.

“She smiled quite a few times while looking in his direction. So this photo means the world to me, I will cherish it forever and I cannot wait to tell her the story of how she came to be and how her brothers and sister watch over her day and night,” Bowman said.

When photographer Jessica Young told Bowman about how viral the picture had gotten, the mother of one was happy. She thought the picture would provide comfort and support to mothers who were going through a similar situation.

She further explained how she felt, “the subject of loss itself makes one feel so alone because this topic is usually very taboo. It is amazing how many women I know came out of the nowhere when I first talked about my miscarriage and then loss of my twins, telling me they had gone through something similar.”

She wants mothers who have lost their babies to know that they are not alone. She also credits the multiple women she has met online and support groups which exist on the internet which have been a great source of strength for her amidst her loss.

She finally adds, “When you are in the dark, it is very hard to see the light but in order to get to the other side of hell, you have to go through it. I have gotten to the other side and I hope others can see that they can as well.”

Losing a baby can be devastating but this picture was such a beautiful way for the lost life to be honored.

Share this beautiful remembering of a life lost too young to give those who need it some strength.