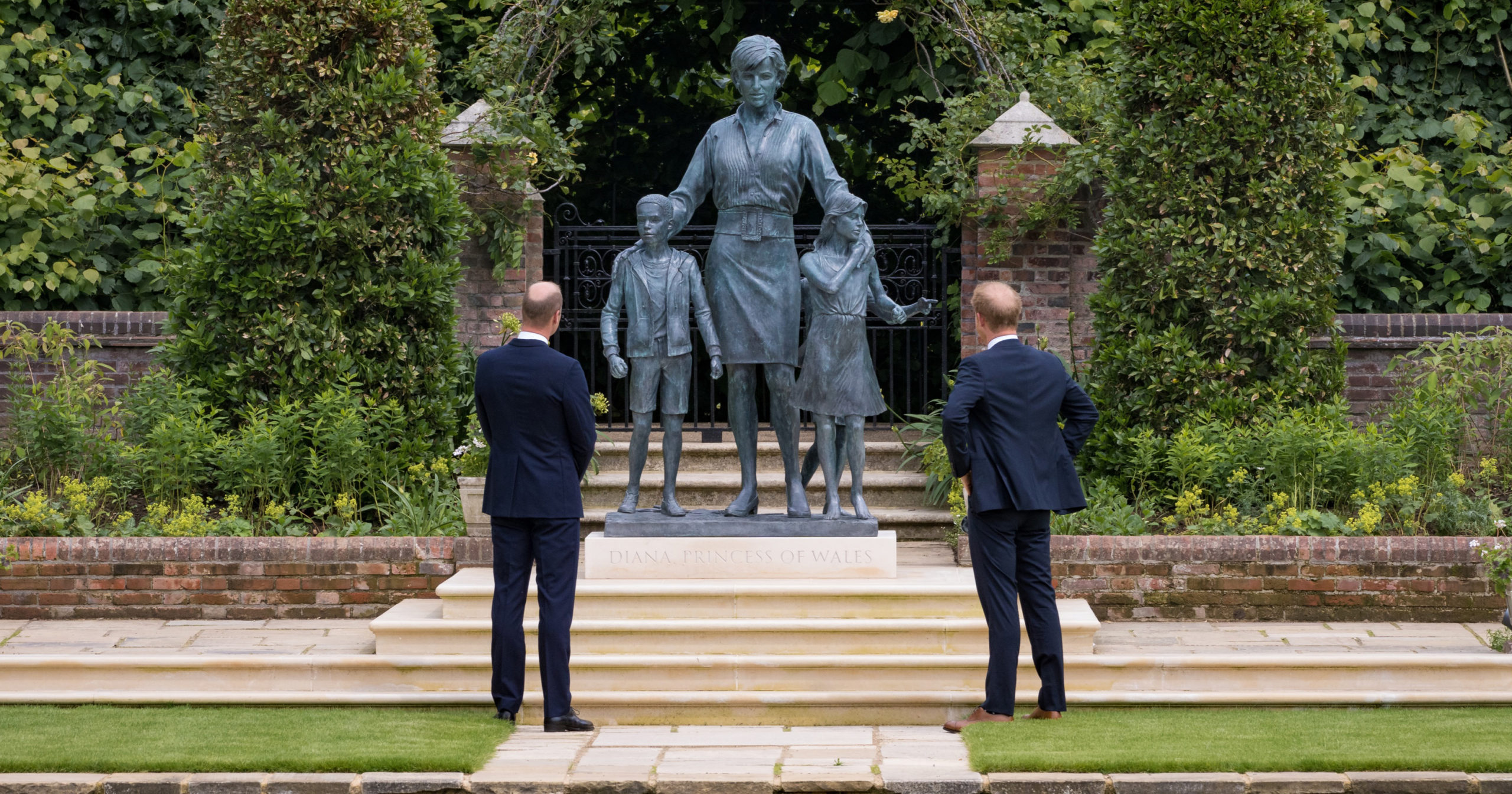 Today, Prince William and Prince Harry both attended the unveiling of a new statue at Kensington Palace. While attending ceremonies like this is a routine part of the duties of a British royal, this has been an event closely watched and speculated on throughout the world.

For one, it marks one of the first times the brothers have gotten together since Harry’s well-publicized break from royal life, including an interview alongside his wife Meghan Markle with Oprah that included damaging accusations about the royalty, causing a rift in the family.

But the event is also important because the statue is of their mother, the late Princess Diana, honoring her on what would’ve been her 60th birthday.

The brothers’ shared love for their mother, who tragically died in a car crash in 1997, is one of the few things that can bring them together. While it may not permanently heal the rift in their relationship, they buried the hatchet for the day, taking the stage at the unveiling ceremony.

The princes shared a joint statement:

“Today, on what would have been our Mother’s 60th birthday, we remember her love, strength and character – qualities that made her a force for good around the world, changing countless lives for the better.”

“Every day, we wish she were still with us, and our hope is that this statue will be seen forever as a symbol of her life and her legacy.”

The brothers commissioned the statue in 2017, on the 20th anniversary of her death. The statue was sculpted by Ian Rank-Broadley, while the garden design was by Pip Morrison, both of whom were thanked by the princes in their statement.

The statue is located in Sunken Garden at Kensington Palace, one of Diana’s favorite places in her former home. The statue, which depicts her with two children, is surrounded in the garden by her favorite flowers.

“We have worked carefully to ensure that the new layout and planting scheme compliments the statue, providing a calming place for people who visit Kensington Palace to remember the princess,” Pip Morrison said in a statement.

While a touching tribute to their mother was enough to get William and Harry to reunite — the first time since the funeral of Prince Philip in April — royal insiders don’t believe the brothers will fully patch things up today.

Harry’s trip to London is expected to be brief, and even a previously reported private meeting between the brothers seems to be in doubt. “If the unveiling doesn’t break the ice between them, then nothing will,” The Sun royal photographer Arthur Edwards told BBC News. “They were so close.”

The statue unveiling was not attended by Prince Charles, the princes’ father and Diana’s former husband: “These moments have the potential to resurface old wounds, and it brings back memories for him; happy, sad, regretful,” explained a friend of Charles’ to The Times.

Also absent was Harry’s wife Meghan Markle, who gave birth last month to a daughter named Lilibeth Diana. Meghan’s accusations in the Oprah interview fueled the rift in the family, saying the royal family’s attitudes towards race and mental health caused her distress. Others in the family, including William, have disputed her claims.

It’s not clear when, or if, these brothers will be able to mend their relationship, but it is nice to see them put aside their differences for one day to unveil this beautiful tribute to Diana.