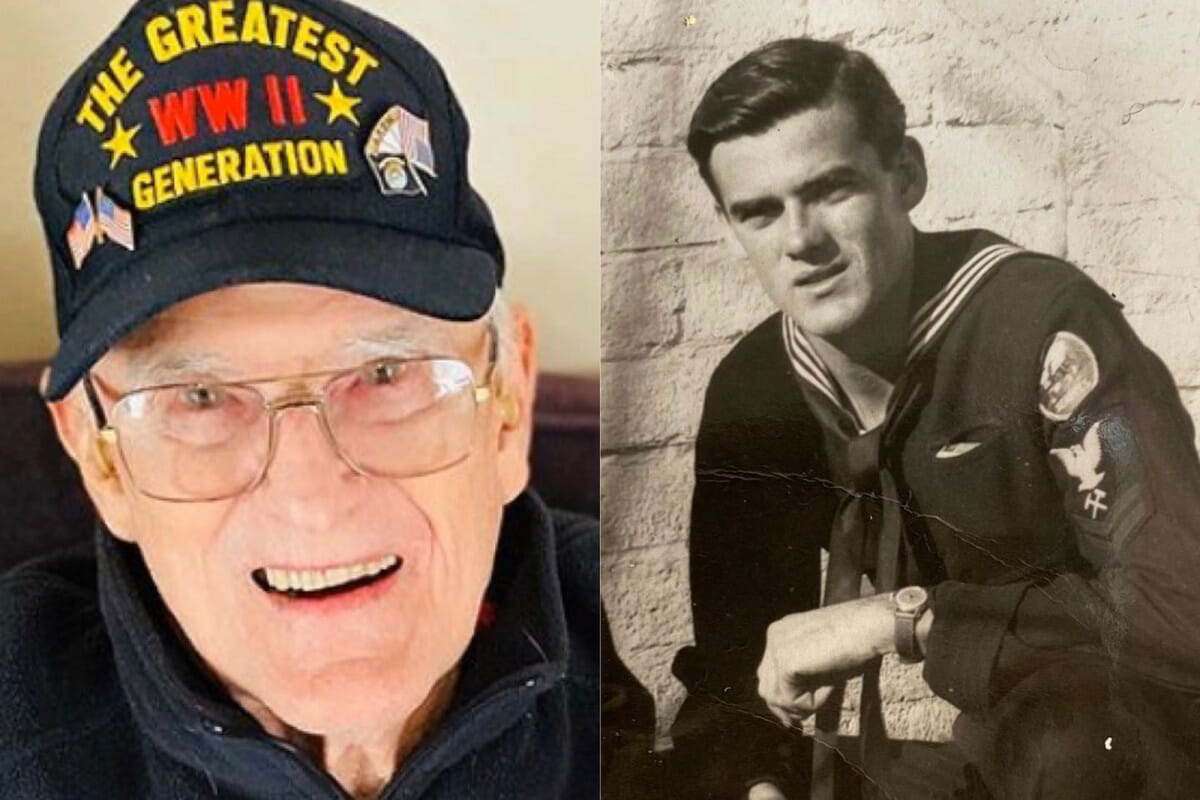 None of the heroes who fought for freedom during World War II should have to fade away in a retirement home or die alone.

Now that the coronavirus is here, there’s a higher the risk that we will be forced to say goodbye to many heroes from the Greatest Generation – often on terms that are anything but desirable.

Unfortunately, we have already seen several tragic examples of this – but here is a positive examples that is worth spreading in these times.

According to The Oregonian, a 95-year-old World War II vet living in Oregon has beaten COVID-19.

Bill Kelly, who lived through the Great Depression and was among the first US soldiers to set foot in the South Pacific during WWII, finished his recovery earlier this week after being diagnosed with the coronavirus on March 17.

The 95-year-old veteran started to feel sick and had a fever a few weeks ago. Since Kelly had several underlying illnesses, he was definitely at risk. He suffers from kidney disease, a congenital heart condition and high blood pressure – which led him to being transported to hospital for a check-up.

But the symptoms were still quite mild and no one realized that the 95-year-old had the new virus in his body. Kelly returned home the following day and was feeling pretty good.

But because his grandchild’s husband was working as a medical evacuation pilot, and recently transported patients who were probably infected, Kelly’s family took no chances.

Kelly finally got tested for COVID-19, despite having mild symptoms.

Kelly lives in the same house as his four relatives. His granddaughters husband, Isaac, was also tested for the virus – but the test came back negative. No one else in the family seems to have become infected.

“But it was still nerve-wracking,” Rose Ayers-Etherington said.”We were just drinking hot tea all the time. Taking zinc. Washing our hands constantly. ”

Kelly spent the first week in isolation in his bedroom.

His granddaughter said they treated Kelly “like a leper” during his first seven days of isolation.

But Kelly didn’t bother. Over the years he has gone through things that most people cannot even imagine. Isolated in his bedroom, the 95-year-old veteran bunked up with classic movies and plenty of water.

He also made sure to rest properly.

“We’re toughing it out. I’ve got two great-grandsons to keep me busy. I’ve been very fortunate.”

In a Facebook post earlier this month, Ayers-Etherington said that her grandfather was “kicking it in the butt” despite a litany of pre-existing medical conditions.

“In his words, ‘I survived the foxholes of Guam, I can get through this [coronavirus] bull—’,” she wrote. “He has strong mental resolve. He has seen tough times and knows how to get through them. ”

Her intention wasn’t to downplay the “seriousness” of COVID-19 – Rose just wanted to spread som positivity.

“Just hoping Grandpa Bill’s story will encourage you and put a smile on your face. So, the rest of us are healthy. ”

Way to go! Glad you are feeling better. Honor, respect and gratitude to you sir.

Thank you for your service. ❤ It is wonderful that you beat corona.

The Greatest Generation is also the toughest.