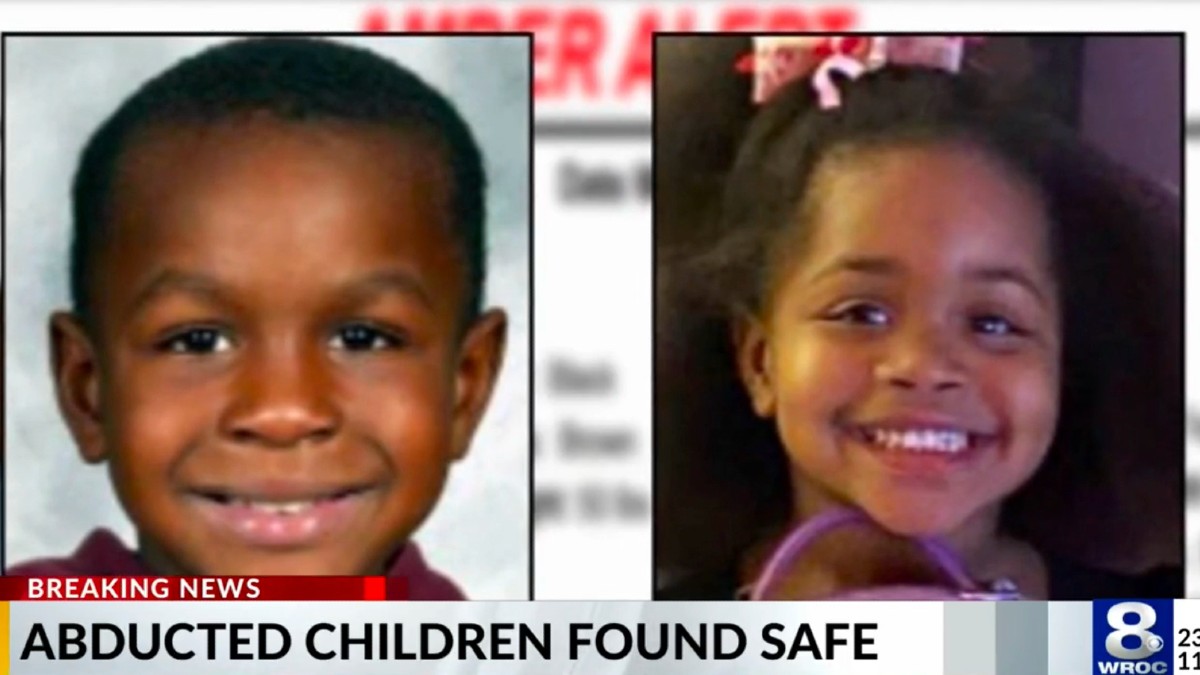 After a nearly 48-hour search authorities announced that two young children who had been abducted from their foster home in New York where found in Alabama.

“This is truly a moment that we will cherish forever to be able to bring these kids home safely,” Greece Police Chief Drew Forsythe said during a press conference.

According to local news, WHEC, Dimitri, 5, and Shekeria Cash, 3, were abducted by two men wearing ski masks from their foster home in Greece, New York.

The homeowner, who was home at the time, heard the commotion and screamed which caught the attention of two other children in the home. The suspects forcibly taped the three of them together using duct tape and placed tape over the homeowner’s mouth.

An AMBER Alert was issued.

Initially police were interested in speaking with the children’s father, Dimitri Cash. According to PEOPLE, Cash had been arrested in January 2020 after he allegedly forcibly and without consent removed his children from school.

He also did not have custodial rights at the time.

Dimitri and Shekeria were found safe inside a vehicle during a traffic stop in Montgomery, Alabama.

The siblings were reportedly found in a vehicle that had been rented near where the children were abducted.

“Imagine: they were being secreted under a blanket on the floorboard of a vehicle. So, what does that speak to of the people responsible for this? So, I would imagine that they are upset.”

“While this is the best outcome that we could ask for, this investigation is far from over,” Forsythe said. “Every person responsible for this abduction will be sought and apprehended. They will be held responsible for what they did.”

So far one woman has been arrested, and while the children’s father is not considered a suspect at the time, authorities are still interested in speaking with him.

Although the children are no safe in police custody, the investigation remains ongoing.

Let’s hear it for everyone involved who worked quickly to find Dimitri and Shekeria!