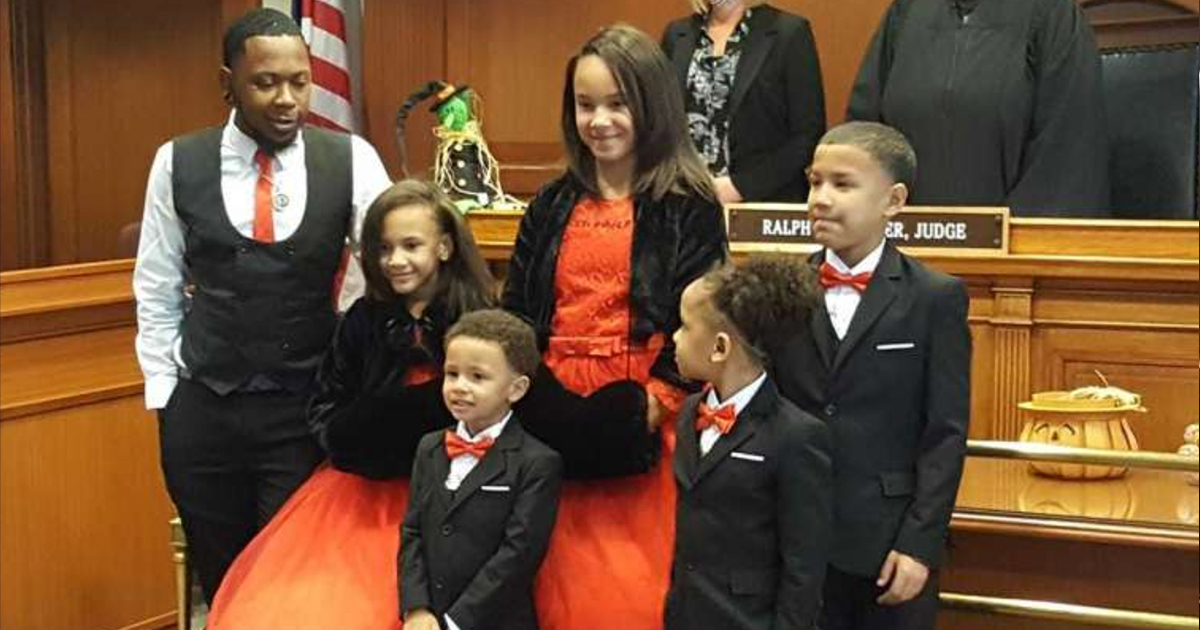 A single foster dad has become a father of five children so as to stop them from being separated from each other as they grow up.

Robert explained that he knows exactly how it feels to be split from your siblings growing up, as he went into foster care in Hamilton County, Ohio, when he was just 12 years old. That meant that he didn’t see some of his younger siblings for years.

As per The Telegraph, Robert was eventually granted custody of his younger sister, as well a guardianship of his young brother.

As for adopting the five siblings last week, he said: “I understand how they feel.

“I understand what they went through, so it really touched me. I was already thinking about adopting all of the kids but when I saw them crying, I was like, ‘Ok, I’m going to take all five to keep them together.’”

The adoption came together after Robert, who was fostering the three boys, came together with the foster mom of the two girls so that the kids could see each other for the first time in half a year.

“Mr. Carter was the only foster parent willing and able to adopt all of the children. His childhood background has made him aware of the importance of keeping siblings together. He says that he enjoys being their father and that parenting them is easier than he could have ever imagined! His life is busy, with a lot of love, laughter and loudness! I have enjoyed working with him and witnessing the children bond as siblings.”

Robert himself added that he believes taking care of his own siblings and being involved in mentoring and volunteering programmes led him down this path.

“Making memories to replace a lot of the bad ones,” he explained.

“Every night I talk to them and let them know, ‘I’m your dad forever. I know what it’s like and I’m always here for you.’ Like Marionna. She’s warmed up so much since the beginning. At first, she didn’t like me.

“She walked in my room last night and said, ‘I just want to say thanks for taking us in and taking care of us when our real mom couldn’t.’ It just really touched me. So just making memories, letting them know I’m here and they never have to go. I’m here for them no matter what.”

What an incredible human Robert really is. I can only imagine how thankful all of these children are that they will now get to grow up together in a home where they’ll be loved and cared for.

Sadly, the reality these five siblings were facing is all too common. It’s people like Robert who really restore my faith in humanity and what we’re capable of when we show the utmost compasson.

Share this article if you want to praise Robert for his outstanding work!