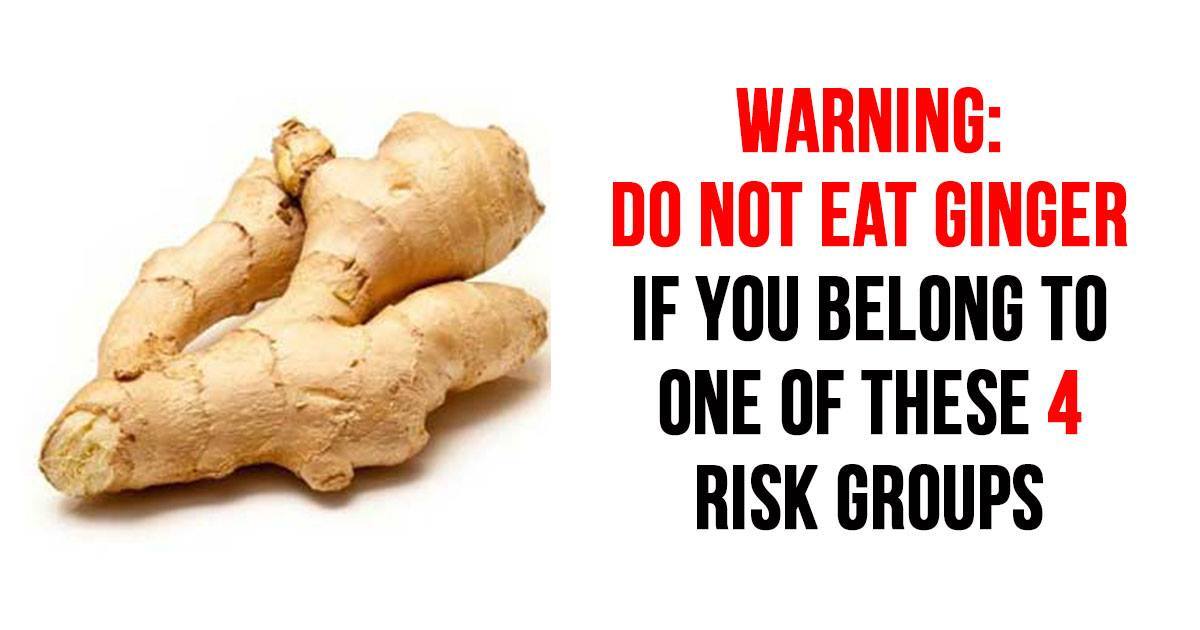 Ginger has several positive health effects, like fighing colds and increasing the metabolism.

But in some cases, ginger can also be harmful. Especially if you belong to any of these four risk groups:

You’ve probably heard about the benefits of ginger. Among other things, it helps prevent colds, is good for digestion, and increases the metabolism.

But did you know that some people should avoid eating ginger entirely?

If you belong to any of these four risk groups, stop eating or using ginger immediately.

Ginger has been found to increase the metabolism, aid digestion, and a study from Columbia University, showed that eating ginger can also help you burn a few more calories and make you feel full. But if you’re underweight, the last thing you need is a metabolism boost.

2. If you suffer from a bleeding disorder

Ginger has been shown to increase blood flow, lower high blood pressure, and soothe muscle aches. But at the same time, ginger can be dangerous if you have a bleeding disorder. Ginger can counteract anti-blood clotting medicine and prevent blood from clotting.

There are indications that ginger, including dietary supplements containing the herb, can have negative effects on pregnant women. There is still much research to do, and some of the available information is contradictory. But many doctors recommend that pregnant women avoid ginger.

Some of the chemical substances in ginger have been found to cause cell death and may be harmful to the development of the fetus. Drugs.com writes on their website that women should consult their doctor before consuming ginger during pregnancy.

4 If you are take multiple medicines

As mentioned, ginger increases blood flow and lowers high blood pressure. But these two otherwise positive health effects could be negative depending on the kind of medicine you take. If you take several different kinds of medicine, consult your doctor before adding ginger to your diet or buying food supplements containing the herb.

Please help share this important information so that the people who should be avoiding ginger have the information they need!