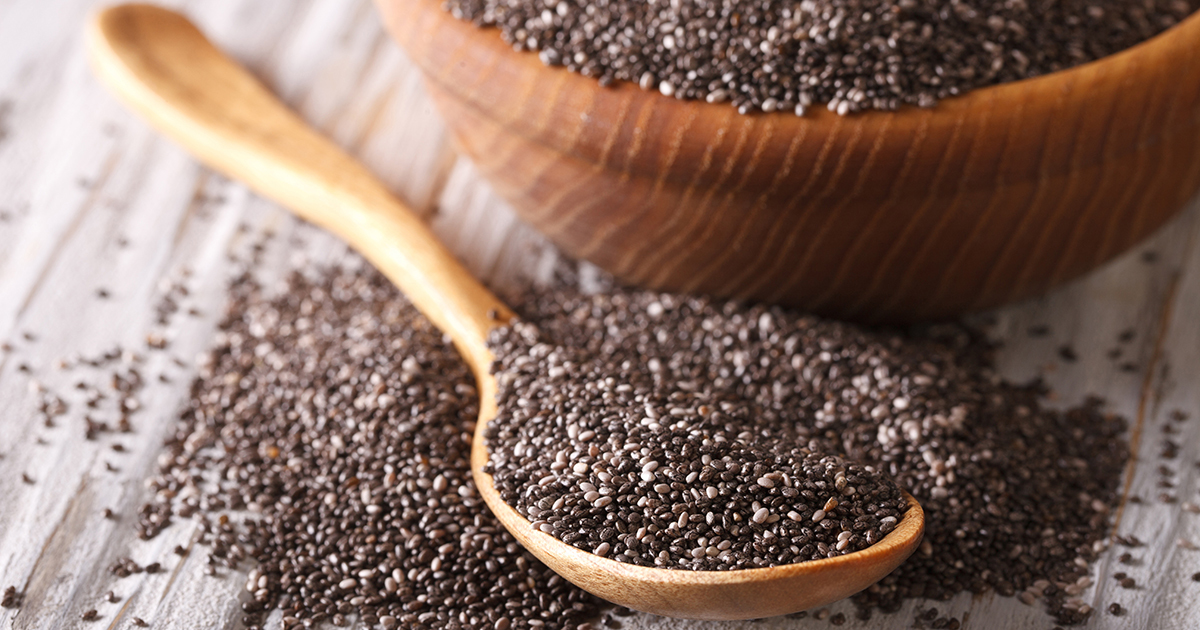 A few years ago I had no idea what chia seeds were at all. They have since surged in popularity, the tiny, yet powerful little seeds proving to be both nutritious, and rather tasty when combined with the right foods. I’ve started to incorporate them in various ways into my diet. Since their taste is rather mild, they’re an excellent nutritional boost to almost any meal or drink: from baking bread, to smoothies and energy bars, I have found out that they work both in meals, and when incorporated into healthy snacks. Read on to find out more about the powerful little chia seed.

1. The risk of heart disease decreases.

Chia seeds contain 8 times as much omega-3 as salmon does. Omega 3 reduces, among other things, the risk of cardiovascular disease, according to the book Chia: Rediscovering a Forgotten Crop of the Aztecs.

2. The risk of anxiety, depression and multiple physical disorders decreases.

3. The risk for iron deficiency decreases.

Chia contains three times more iron than spinach. This is especially important for women, since many women suffer from iron deficiency. Lack of iron leads among other things to fatigue and lethargy.

Most of us have probably already been advised to drink milk in order to get strong bones and teeth. As a matter of fact, chia seeds contain 6 times more calcium than milk.

Potassium helps to regulate your body’s water-acid balance. Many people might think of bananas when they think of potassium, and rightfully so, but even there, chia seeds contain two times more potassium than bananas.

6. The little power seeds can give you unimagined strength at the gym.

According to some research, it appears chia seeds provide more stamina and strength during workouts, if consumed just before, as described in the book Chia: Rediscovering a Forgotten Crop of the Aztecs.

The Tarahumara tribe in northern Mexico are considered some of the world’s best distance runners. Chia seeds are the staple food of this people, according to the book Chia: Rediscovering a Forgotten Crop of the Aztecs.

Mixed with water, chia seeds create a sort of jelly. That gel makes you feel fuller longer and makes it easier to maintain your ideal weight, according to Chia: Rediscovering a Forgotten Crop of the Aztecs.

Love these findings? Share with all your family and friends!