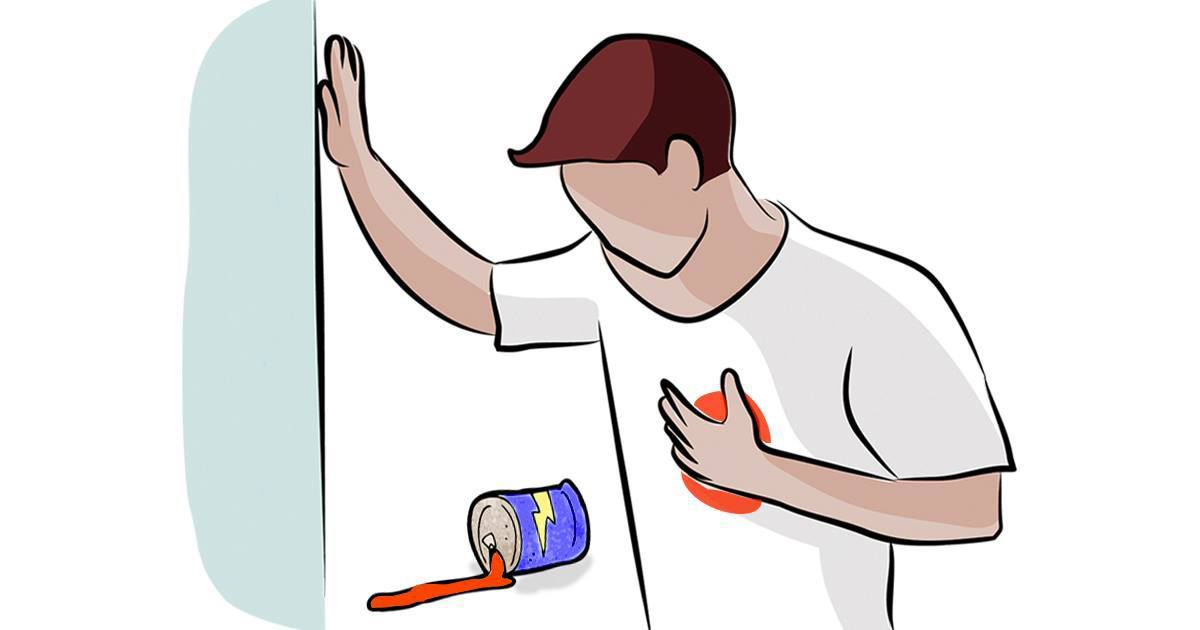 Do you grab an energy drink when you’re feeling sluggish? Perhaps because you also want to cut down on drinking coffee or soda? If so, you should think twice. Energy drinks might actually be far more dangerous than previously thought.

A study on energy drink consumption conducted by the Danish National Food Institute states that a full 42 percent of the study’s participants experienced side effects.

And those side effects were anything but pleasant…

Many of us are in the habit of drinking energy drinks to give ourselves a boost during the day. The drinks generally contain large amounts of caffeine and sugar, which provide the energy we seek.

But the large study of 3,682 energy drinkers revealed some disturbing facts. Consuming too many energy drinks can cause harmful side effects, as well as a range of long-term consequences.

The report found that consuming large amounts of caffeine, among other ingredients, has several adverse affects, including the following:

Similar studies have also shown signs of serious side effects, such as these:

• The release of stress hormones

Forty-two percent of the study’s participants experienced side effects from drinking energy drinks. The side effects were, of course, caused by the combination of the ingredients in the products, but above all, the high concentration of caffeine and sugar were responsible.

While the side effects of drinking engergy drinks can often be cured or alleviated, the best best way to get rid of them is to stop drinking energy drinks altogether.

But the risks of drinking energy drinks don’t stop there. The Danish study also found that “an increased intake of sugary soft drinks increases the risk of obesity, type 2 diabetes, tooth decay, and tooth erosion.”

High sugar content increases the risk of potentially fatal complications—and energy drinks are among the most dangerous drinks you can buy on the market. The study points out that energy drinks “often contain 10-30 percent more sugar than soft drinks.”

Scarily enough, the study also points out that nearly half of all energy drinks on the market today are sold in 500-ml bottles. This is a big increase compared to the past: in 2010, only 15 percent of energy drinks were 500 ml, a figure that had increased to 47 percent by 2013.

The Danish National Food Institute warns that energy drinks are not for children. They can be harmful for children’s small bodies, which can’t tolerate the large amounts of caffeine and sugar. The institute writes that many children get energy drinks at birthday parties or while playing sports—and that more parents should learn about the dangers posed by the popular products.

In the future, I’ll keep this in mind before grabbing an energy drink. Please share this article to raise awareness about the dangers of drinking energy drinks!