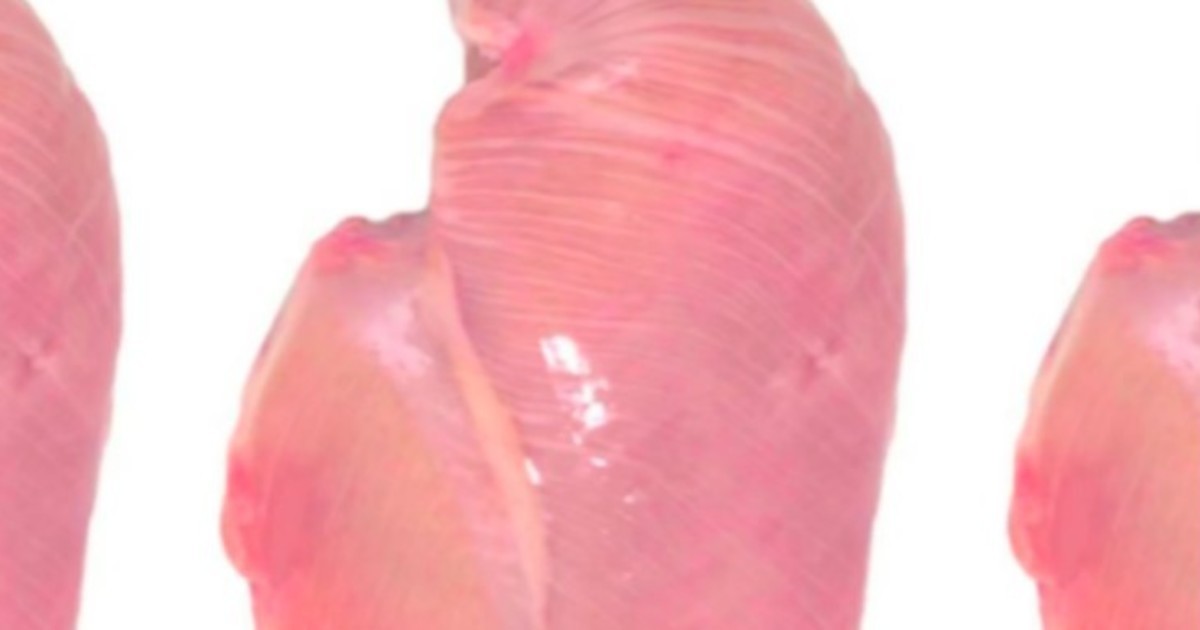 It’s never fun to discover that food that you thought was healthy is actually anything but nutritious.

Chicken does contain several beneficial nutrients, but its nutritional value varies significantly from cut to cut.

And according to the animal welfare organization Compassion in World Farming (CIWF), the presence of white striping in chicken breasts has become increasingly common—something that should make choose a different cut of meat the next time you visit a grocery store.

Choosing a good piece of chicken isn’t always easy, but a good place to start is the “best before” date.

Recently, however, reports and research have come out noting the presence in some chicken breasts of white striping, which makes chicken meat less tender and nutritious.

This chicken may look normal at a glance, but when you examine it carefully, you’ll notice white striping on it.

The organization has received support from an American study that shows that more and more chickens have more and more white striping.

Poultry farmers who want their animals to grow as large as possible in as short a time as possible.

White striping not only degrades the taste and nutritional value of chicken, but also makes it more difficult for chicken meat to absorb marinade.

CIWF also notes that when chickens are forced to quickly put on weight, the amount of suffering that they endure increases, writes BuzzFeed.

These nutritional scientists aren’t saying we need to stop eating chicken—it’s still a good, lean source of protein—but we should avoid chicken breast with white striping on it, or choose chicken that’s not factory farmed.

I, for one, am going to think about this the next time I buy chicken breasts. If each of us shares this information, more people will eat healthier, tastier chicken. And maybe the industry will even stop selling chicken with white striping!