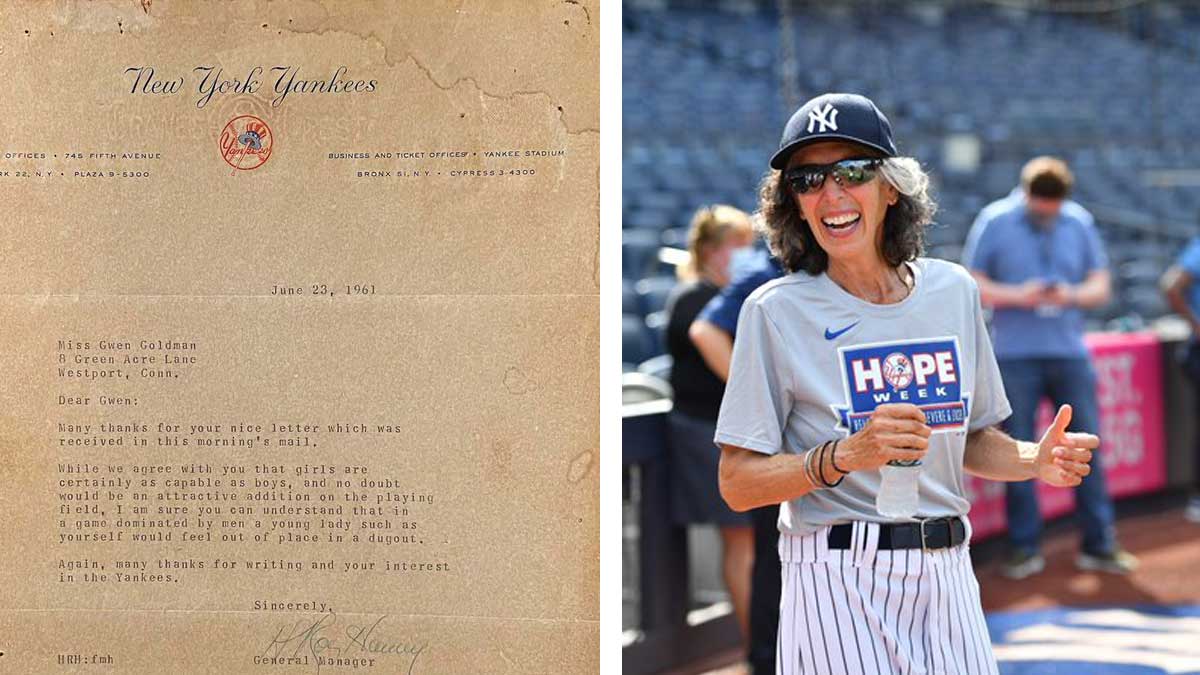 When the New York Yankees played the Los Angeles Angels, Goldman served as the team’s bat girl. The now 70-year-old also got to throw out the first pitch.

It all began back 1961 when Goldman sent a letter to the organization as a 10-year-old. She wanted to be a bat girl, but the then-general manager Roy Hamey replied to her letter telling her no.

“While we agree with you that girls are certainly as capable as boys, and no doubt would be an attractive addition on the playing field, I am sure you can understand that in a game dominated by men a young lady such as yourself would feel out of place in a dugout,” he wrote in a letter the Yankees shared online.

Decades after Goldman received the rejection from the Yankees, her daughter decided to reach out again. This time there was good news to share.

Goldman was going to be a New York Yankees bat girl!

“Here at the Yankees, we have championed to break down barriers in our industry,” the Yankees’ current general manager said during a Zoom call. “It is an ongoing commitment rooted in the belief that a woman belongs everywhere a man does, including the dugout.”

On Monday, when the day finally arrived, Goldman couldn’t believe it.

“It was a thrill of a lifetime — times a million,” she said, according to the Associated Press.

“And I actually got to be out in the dugout, too. I threw out a ball, I met the players. Yeah, it goes on and on. They had set up a day for me that is something that I never would have expected.”

Hopefully this won’t be the last time we see a bat girl in the dugout of an MLB game. There is no reason a girl can’t be in the dugout.