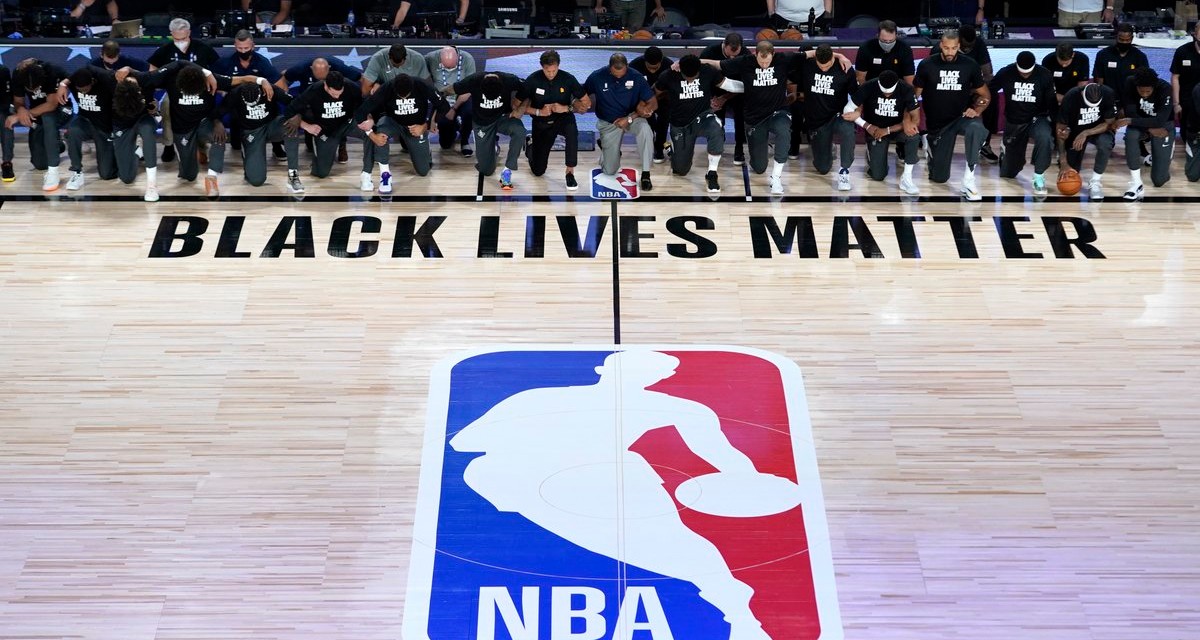 Professional athletes across multiple sports have taken a stand in protest of the shooting of Jacob Blake.

On Wednesday, the Milwaukee Bucks, who play roughly 40 miles from Kenosha, Wisconsin, chose to boycott their playoff game against the Orlando Magic.

When the time came for the start of the game, the only people on the court were the referees.

“Despite the overwhelming plea for change, there has been no action, so our focus today cannot be on basketball,” the team said in a statement.

“When we take the court and represent Milwaukee and Wisconsin, we are expected to play at a high level, give maximum effort and hold each other accountable. We hold ourselves to that standard, and in this moment, we are demanding the same from our lawmakers and law enforcement.”

The NBA would later postpone the day’s remaining playoff games.

The WNBA also took a stand after players, who dedicated this season to Breonna Taylor, decided not to play.

Instead, they came to a consensus and agreed “to kneel, lock arms and raise fists during the national anthem.”

Every player who was scheduled to play came together to show their support.

“We stand in solidarity with our brothers in the NBA and we’ll continue this conversation with our brothers and sisters across all leagues and look to take collective action,” Elizabeth Williams of the Atlanta Dream and representative of all WNBA players, said in a statement.

In addition, members of the Washington Mystics, the 2019 WNBA Champions, wore shirts that spelled out Jacob Blake, and on the back there were seven holes to represent the number of times he was shot in the back.

MLB players voted not to play their scheduled games, which their organizations supported, and all MLS matches but the Orlando City and Nashville match were also postponed.

But the boycotts don’t stop there.

Naomi Osaka, the world’s highest paid female athlete, announced she would not play in her semifinals match at the Western & Southern Open.

“However, before I am an athlete, I am a black woman. And as a black woman I feel as though there are much more important matters at hand that need immediate attention, rather than watching me play tennis,” Osaka said.

“I don’t expect anything drastic to happen with me not playing, but if I can get a conversation started in a majority white sport I consider that a step in the right direction.”

Doc Rivers, the head coach of the Los Angeles Clippers, spoke with the media about the Jacob Blake shooting following his team’s playoff win on Tuesday.

You can watch the emotional interview below.

Following a night of professional athletes standing up for human rights and boycotting league games, it’s unclear where we will go from here.

Do you support these athletes?