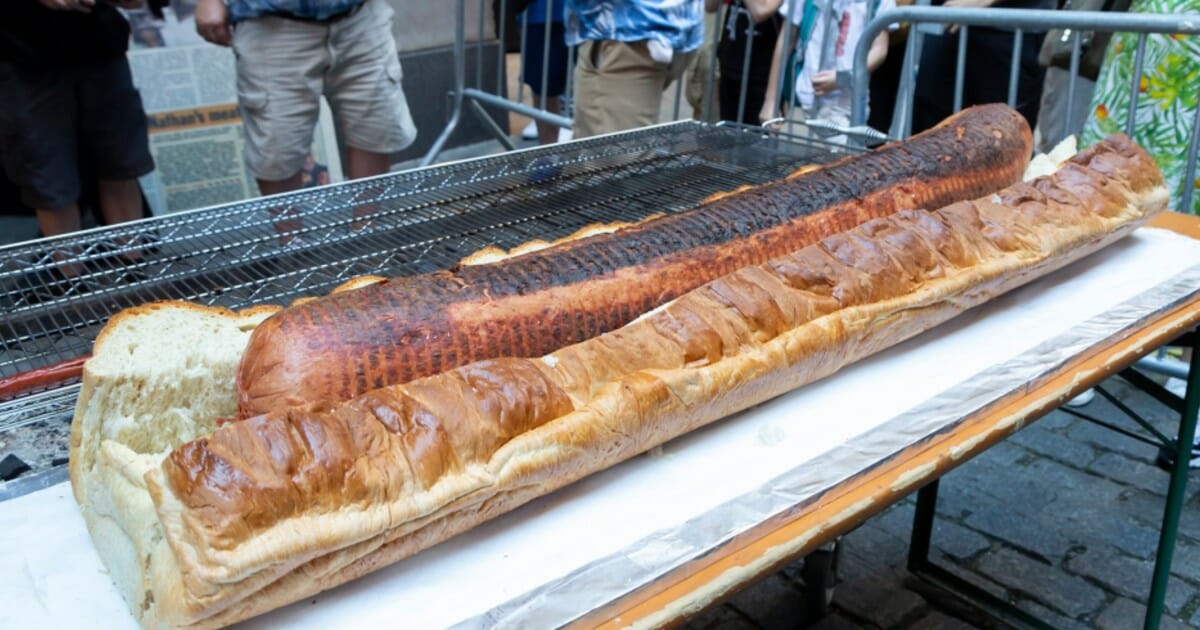 The official food of the summer is a hot dog. There, I said it.

I mean is there any better time to enjoy a hot dog than under the hot, summer sun with a cold one?

Recently, Feltman’s of Coney Island set out to achieve something as equally as insane as Joey Chestnut’s ability to eat 74 hot dogs in 10 minutes.

On June 26, Feltman’s, which claims to be the “original hot dog brand,” hosted an event to celebrate the 152nd anniversary of their founder’s invention. They attempted to break the world record for the “Largest Hot Dog.”

The end result was a whopping 66-pound, five-foot long, and one-foot wide pound of meat.

The hot dog, which was cooked on a six-foot long grill, was so large that it had to be served to guests in slices. SLICES.

Those who attended the event and wanted to taste a piece history were able to purchase a slice for a $10 donation. Each donation benefited the Headstrong Project.

The Headstrong Project is a nonprofit that provides free mental health care to post-9/11 combat veterans. According to Food & Wine, the brand, which was revived several decades after the original location closed, is owned by veterans.

Feltman’s doesn’t know if they’ve been awarded the coveted title of “Largest Hot Dog,” they’ll have to wait 12 weeks for officials to make their decision.

It is worth noting that there is already a “Longest Hot Dog,” and Feltman’s doesn’t come close to the 668-foot frank from Paraguay.

Would you eat a slice of this hot dog? Just hearing the phrase “slice of hot dog” grosses me out.

I think it’s pretty cool, especially since they asked for donations to a nonprofit helping veterans, but I’m not sure I’d be able to eat it.