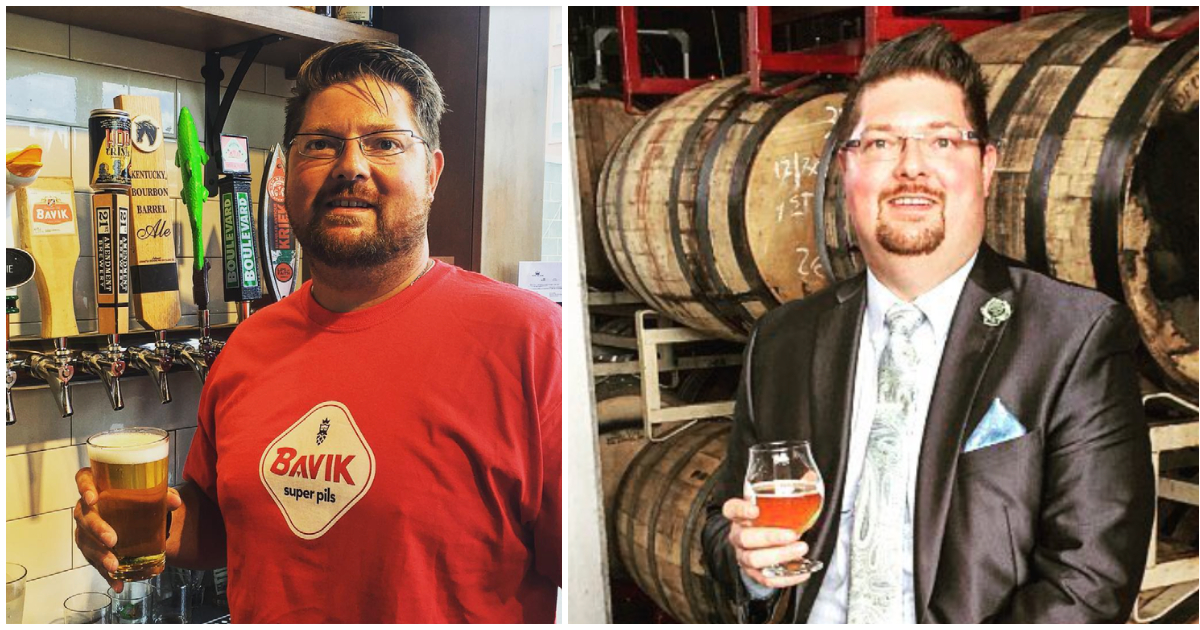 Easter was yesterday, a holiday that also marks the end of Lent. Christians who gave up their favorite guilty pleasure for the past 40 days and 40 nights are now free to eat fast food and candy once again.

But for one man, it marks the end of an annual diet that we’re always jealous of: every year during Lent, brewer and Army vet Del Hall gives up everything except beer, living on an all-beer diet that has done surprising wonders for his health.

Now, with another year complete, Del reveals just how much weight he’s lost… and how much money he gained for charity.

Del, the co-owner of 16 Lots brewery in Mason, Ohio, did his first all-beer Lent in 2019. And yes, he actually consumed nothing but beer for a full 40 days, consuming 2-5 beers per day.

While you might think that would give him a historic beer gut, something remarkable happened: he lost weight, and felt great too.

“My cholesterol went down, my blood pressure went down, and my blood sugar went down. All improvements.”

So it’s no surprise that he’s made the beer diet an annual tradition. He repeated the stunt last Spring, losing even more weight and adding some fundraising to the proceedings.

And this year, he was at it again, raising money for bars affected by the pandemic.

“If I can walk into 43 bars and restaurants and I can put $500 additional dollars into their tip jars, that’s a big win,” Del told FOX 19.

So how did he do? Well, unsurprisingly at this point, he lost weight yet again… a whopping 40.1 pounds!

He told FOX 19 that after consuming a total of 230 beers during his diet — 3-5 a day — he’s dropped three pants sizes and four notches on his belt.

And not only that, his fundraiser was a big success as well. His “virtual tip jar” on GoFundMe now has over $12,000. He plans to spread the wealth across over 40 bars, to be split among the staff.

While many of us would love to drink nothing but beer all day, after 40 days, Del is looking forward to a much-needed change of pace with a different alcoholic beverage.

Great job, Del. You’re a true beer hero. If you want to contribute to his fundraiser to help pandemic-affected bars, you can donate here.

It’s a story that confirms what we all know: if you just drink a lot of beer, great things will happen. Share this story!