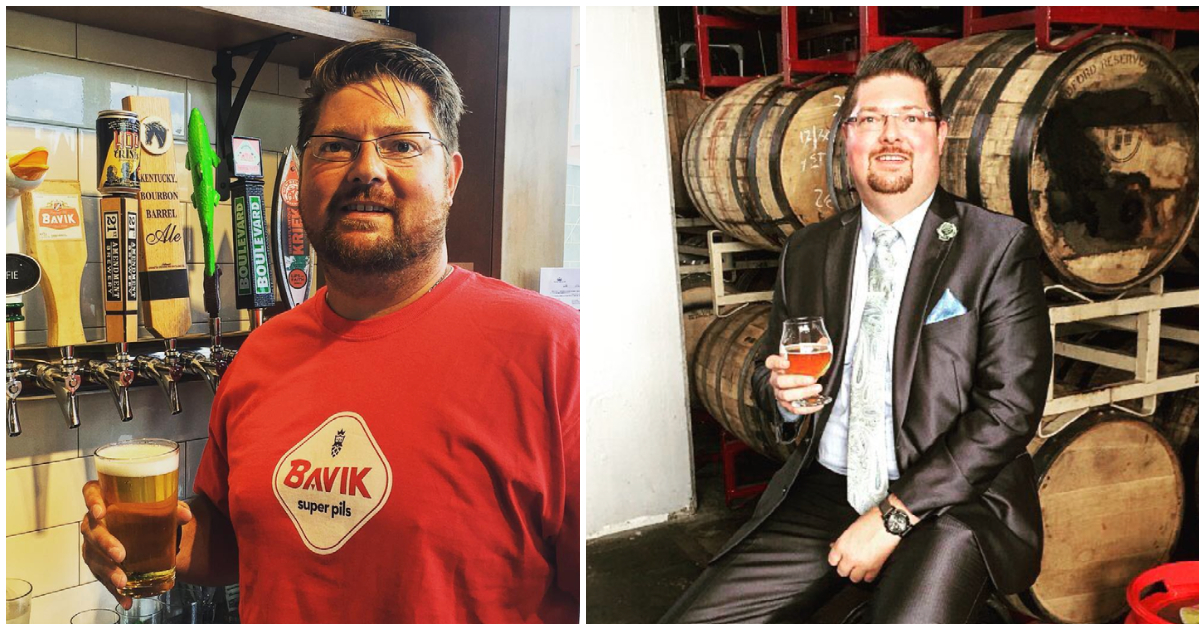 Many people wish they could live on nothing but beer… but only one man really lives the dream.

For the third year in a row, brewer and Army veteran Del Hall is going on an all-beer diet — and this time raising money for a good cause along the way.

Lent is a Christian observance, lasting from Ash Wednesday to Easter, where people give up a favorite luxury for 40 days. While many people decide to give up beer during this period, Del does the opposite, and gives up literally everything else.

That’s right: no food or other drinks, just beer. As the co-owner of 16 Lots brewery in Mason, Ohio, Del is clearly a man who knows his beer, and he’s taken his love to the extreme.

But while you’d think this might lead to some Super Size Me-esque health problems and weight gain, quite the opposite has happened.

In an inspiration to beer drinkers everywhere, Del has consistently lost weight during his all-beer diets.

“My cholesterol went down, my blood pressure went down, and my blood sugar went down. All improvements.”

So much for having a “beer belly.” We’re pretty amazed that this hasn’t become the new diet craze. Drink nothing but beer and lose weight? Sign us up.

With the first time going so well, Del naturally resumed the beer diet the next year, also during Lent — and again he lost weight, totaling 50 pounds.

And during round 2 — at the start of the pandemic — he decided to use his viral fame for a good cause, raising $10,000 for a local charity.

Now, Del is back at it again. He began his now-annual beer diet on February 17, and will continue until Easter on April 4.

And, surprise surprise, Del has once again lost an impressive amount of weight.

And on top of that, he’s raising money for a very fitting cause.

It’s no secret that restaurants and bars have been hit badly by the pandemic. So this year, Del is raising money — through a “virtual tip jar” on GoFundMe — to raise money for the hospitality owners. All donations will be given to bars and restaurants in Southern Ohio and Northern Kentucky.

His charitable effort has been welcomed by local business owners.

“This industry was damaged. What Del’s doing for the bar and restaurant workers, it’s awesome,” Joe Frank, the owner of the bar and warehouse Fowling Cincinnati, told WNDU.

“The employees were hit the hardest. The business itself from an ownership standpoint, there’s loans and things you can get. But the employees only had a small window of help from the government.”

That’s the power of beer. Keep up the good work, Del — keep living our dream. Share this story on Facebook and spread the story of this beer legend.