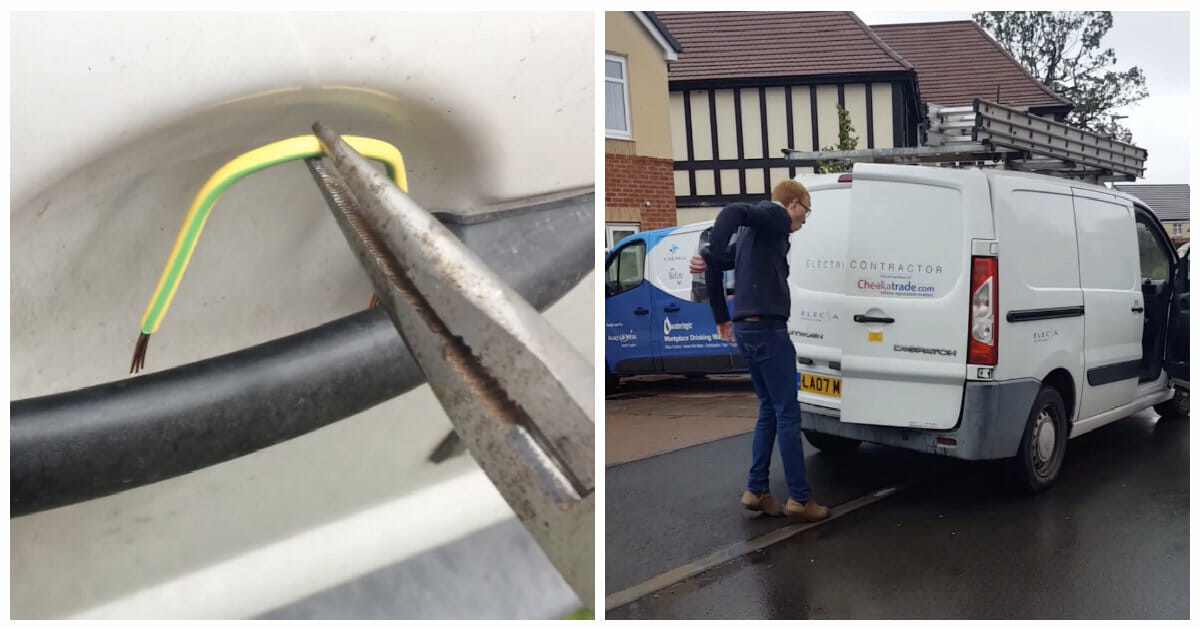 Everyone is concerned about break-ins and robberies. Even with locks and security systems, they still happen, and can leave you with a big financial hit if valuable property is taken.

But after one man’s vehicle was raided by burglars, he was inspired to make sure it never happened again, designing a very clever custom security that would scare off even the most persistent thieves.

Ray Taylor is a 61-year-old electrician from Wolverhampton, England. His job requires keeping some expensive equipment in his Citroën Dispatch van, which unfortunately has attracted some burglaries.

He told The Sun that he’s lost about $6,000 in equipment due to the break-ins over the past two years.

can anyone recognise this thieving bastard, he seems to be tall with a Mohican, he and his scumbag mate tried to get in…

But they won’t be getting anything soon, thanks to the new security measure Ray installed in his van. He put his electrician skills to good use, rigging up a custom system that goes a few steps beyond the typical car alarm.

Would-be-thieves trying to get into Ray’s van will now be met with a siren and sound bombs blasting at a painfully loud 120 decibels, as loud as a thunder clap and louder than a jet takeoff.

It also triggers a strobe light alarm. That would startle pretty much anyone into backing off… but Ray went even further, just in case the burglars weren’t shocked enough.

“If the sirens don’t scare them off the shock will,” he told The Sun, and he means that literally: “They’ll get a zap.”

Ray gave the van a “live” door handle, using the zapper from a fly swatter to give any unwanted visitors a 1,000 volt shock when they pull the handle.

“The shock isn’t going to do any lasting damage but it will make you jump a bit,” he told The Sun.

You can see the alarm in action in these test videos Ray’s brother posted on Facebook:

West Midlands Police said that they do not endorse using techniques like this, but it is legal as long as Ray puts up a “danger” warning sign on the van.

It’s also become a potential new side gig for Ray: he’s copyrighted his alarm design, and will install it in people’s vans for £380 (about $460), which will help to offset the cost of the lost equipment. But more importantly, it’ll give him the important peace-of-mind that it won’t happen again.

“It’s solved all my problems, so I can sleep easy,” Ray said.