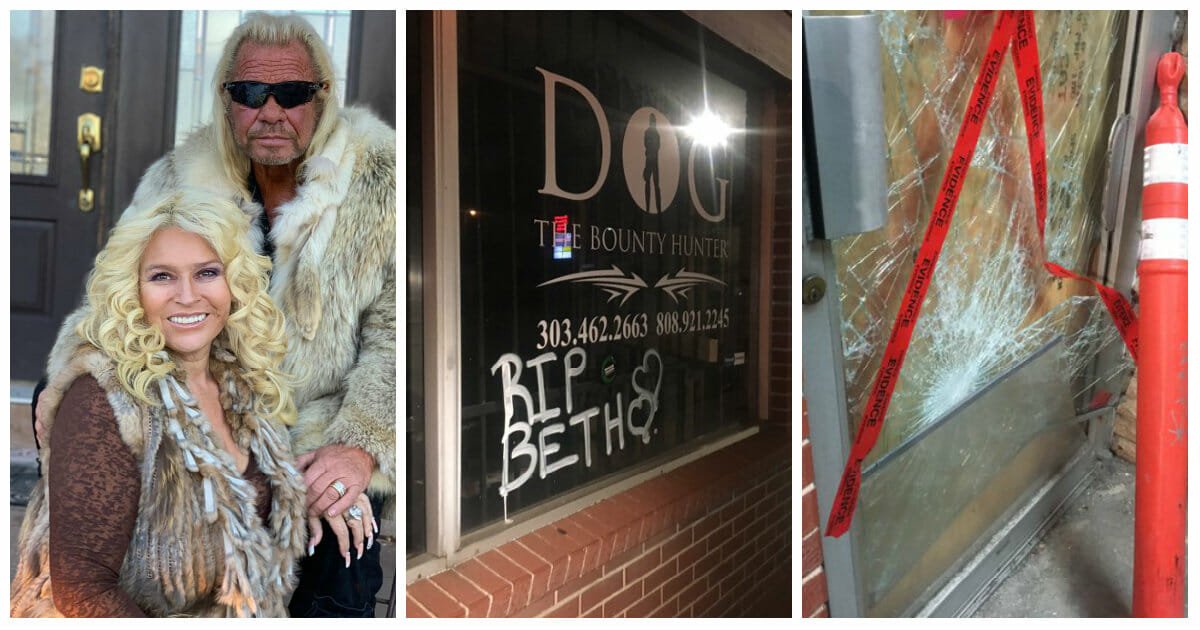 The family of Duane “Dog the Bounty Hunter” Chapman is still reeling from their tragic loss in June, when Beth Chapman passed away after her battle with cancer.

But on top of that, they’re dealing with a shocking new heartbreak: their store was robbed, with the culprits taking some of Beth’s personal items and irreplaceable valuables.

Saturday afternoon with my wife at our favorite hang out

As reported by The Blast, Dog’s official store located in Edgewater, Colorado was broken into and burglarized. Pictures show the store’s shattered glass door.

The thieves reportedly stole thousands of dollars in merchandise from their TV shows. But even worse, they stole the late Beth’s personal items that had been arranged in a memorial, including her hunting gear and family mementos.

Dog was notified on Thursday afternoon of the break-in, the shocking news coming just over a month after his wife’s death. He condemned the thieves for the “unforgivable sin” of stealing from the dead and offered a large cash reward.

The Bible says it is an unforgivable sin to steal from the dead
LARGE CASH REWARD FOR ANY INFORMATION FIR WHO IS RESPONSIBLE FOR THIS !!! https://t.co/TEUKHjOkvH

Beth Chapman died on June 26 after a battle with stage 4 throat cancer. She had been placed in a medically-induced coma days before.

Her family, and fans around the world, mourned her loss. They held two memorial services in her two homes of Colorado and Hawaii, where her ashes were scattered.

In the weeks since Beth’s passing, her husband has taken things hard. Dog says he’s been unable to eat and has lost 17 pounds.

During this difficult time, the family has been dealing with more difficulties. The couple’s daughter Bonnie dealt with rumors that she wasn’t actually their biological child, and scams have been pretending to raise money in Beth’s memory.

Please DO NOT accept ANY friend request from Dog or Beth Chapman, Duane Chapman Alice Chapman or any other variation. …

This robbery is the latest way heartless people have capitalized on the Chapmans’ loss.

Hopefully the culprits will be brought to justice and the family gets their irreplaceable items back safely.