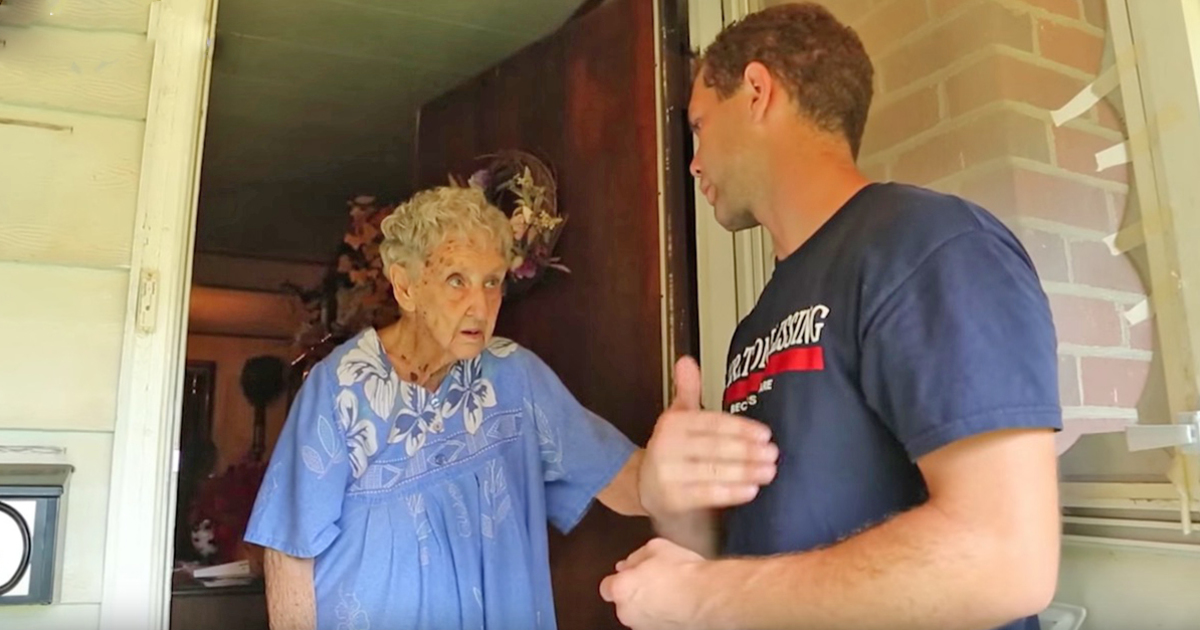 Ninety-year-old Agnes is a kind soul. Over the years, she let one of her relatives store stuff at her house. At first, it was just a box here, a box there. But then it began to pile up, and every square inch of Agnes’ house gradually transformed into her relative’s personal junkyard—Agnes was even stuck with an old trailer in her yard.

Although the elderly widow put up with the junk, her neighbors didn’t. They called the city, who intended to charge Agnes almost $2,500 a day unless she cleaned up the mess. Being 90 and barely able to walk, Agnes was unable to do anything about it herself.

That’s when Agnes called a nonprofit named Operation Blessing, which agreed to clean up her mess.

When the volunteers showed up at Agnes’ home, they didn’t just get rid of all the trash and even the trailer. They did one better. They created a stunning brick red path to the back yard. At the end of the new path? They created a beautiful garden for her to sit and enjoy. But that wasn’t their final surprise.

Agnes told them that what she really wanted was an air conditioner. And at the end of the day, the volunteers surprised her with one. Watch Agnes try to hold back the tears below when she thanks her “little angels.”

May Agnes and Operation Blessing’s story inspire others to help their neighbors in need. Share if you agree!