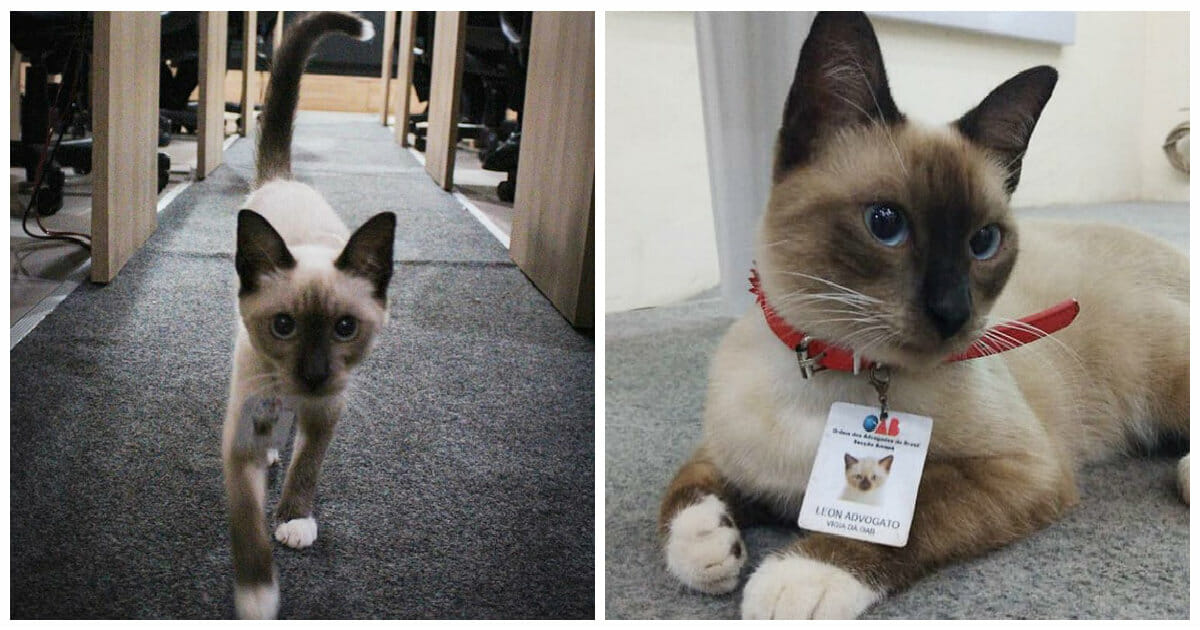 Cats can be great companions, even while you’re at work. You can find cats chilling in places like bookstores and bodegas—they just become part of the store, sort of like a mascot. 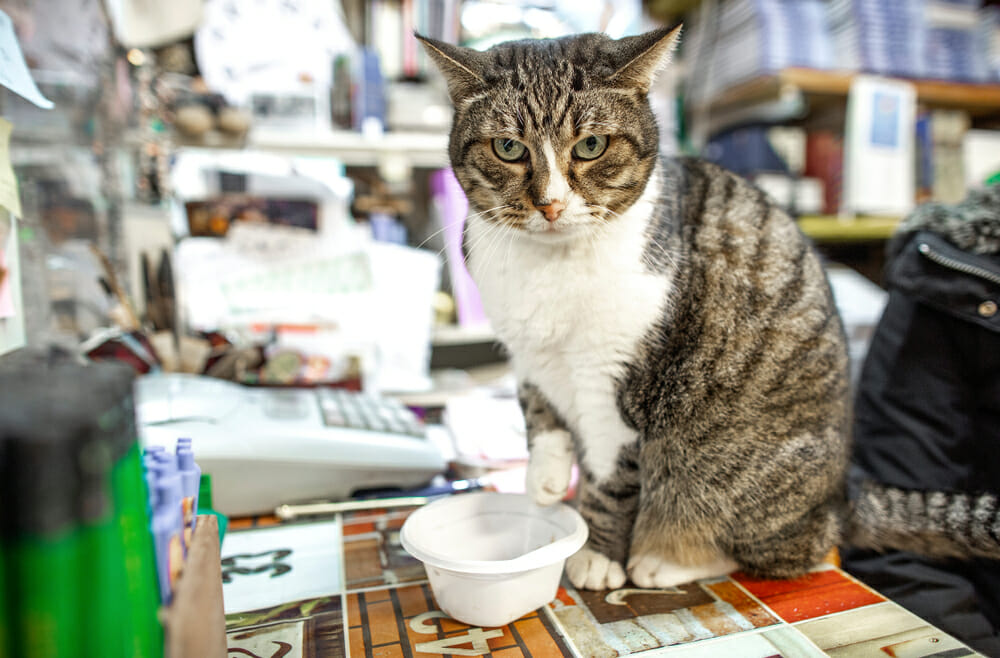 However, you wouldn’t expect to see them in more corporate, formal workplaces like law offices. A cat surely wouldn’t be allowed in a place like that, right?

But when they encountered a lovable stray, one Brazilian office decided to break from custom and make the cat one of their own.

It all started one stormy night in February, in Amapá, Brazil. A stray cat decided to take shelter from the rain and thunder in the OAB building (the Order of Attorneys of Brazil, the country’s equivalent to the American Bar Association).

He liked it so much he decided to stick around, and many of the employees took a liking to him. “For a week, he was fed and protected in a box,” representatives for the cat told Bored Panda. They named the cat Leon.

However, not everyone was as on board with Leon hanging around their office.

“Unfortunately some people started to file some complaints about the fact that at the reception desk there was a stray cat hanging around and trying to make friends with the newcomers,” Dr. Jeanette Laredo wrote on Facebook.

Despite the complaints, the employees weren’t willing to give up on their new friend… so they came up with a solution: they gave him a job.

“[They said] that there was no space for him because it is a serious institution,” a rep told Bored Panda. “So the President [of the OAB] determined the hiring and gave him an employee badge.”

Leon became a real part of the law team. They “Dr. Leon Advogato,” or “Dr. Leon, Lawyer.” His badge lists his title as “Vigia da OAB,” which translates to “OAB watchman.” His duties include greeting people at the office.

Despite the initial resistance from some of the employees, Dr. Leon’s reps say that everyone warmed up to him eventually.

“Today, he is very dear to everyone,” they said. “Even those didn’t like him got used to his presence and have fun with him.”

They also said that Dr. Leon’s health has improved since he wandered in as a stray: “Two months ago Leon was neutered and is already fully recovered,” although he does still have problems with his vocal cords.

Dr. Leon’s unlikely rise from stray to full employee has made him a bit of a celebrity: he has his own Instagram account with nearly 60,000 followers.

Sadly, there are many stray cats in need of help and not all of them can get jobs like Leon… but he did inspire his office to do something incredible for his fellow animals.

“We are finalizing the documents to launch an animal rights institute,” they told Bored Panda. “It’s called Instituto Dr. Leon.”