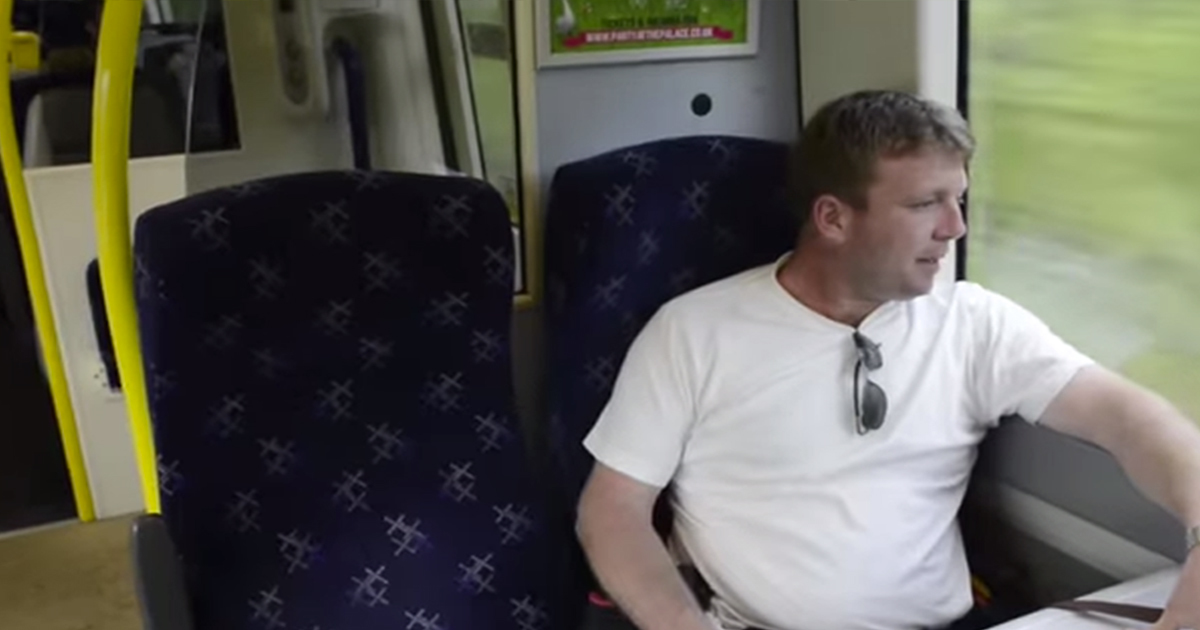 Friday morning started like any other day for Thomas McCormack, a craftsman from Great Britain. He packed his things, said goodbye to his dog, Paddy, and sat down on the train he travels with to work. But as he was preparing to sit, he realized that someone was following him.

“I got on the train and when I sit down, suddenly Paddy comes and sits down in the seat next to me”, Thomas told the Kirkintilloch Herald. “I was shocked. He just looked at me, like: “Where are you going?”, Thomas continued.

Thomas tried to figure out how Paddy got to the train. He talked to neighbours to solve the mystery. They told him they had on several occasions noticed Paddy jumping over the six foot fence in his backyard… with a little help from the trampoline!

“Apparently he followed my smell all the way to the station. That’s the only explanation I’ve got,” Thomas says.

Share this adorable story with all your family and friends.