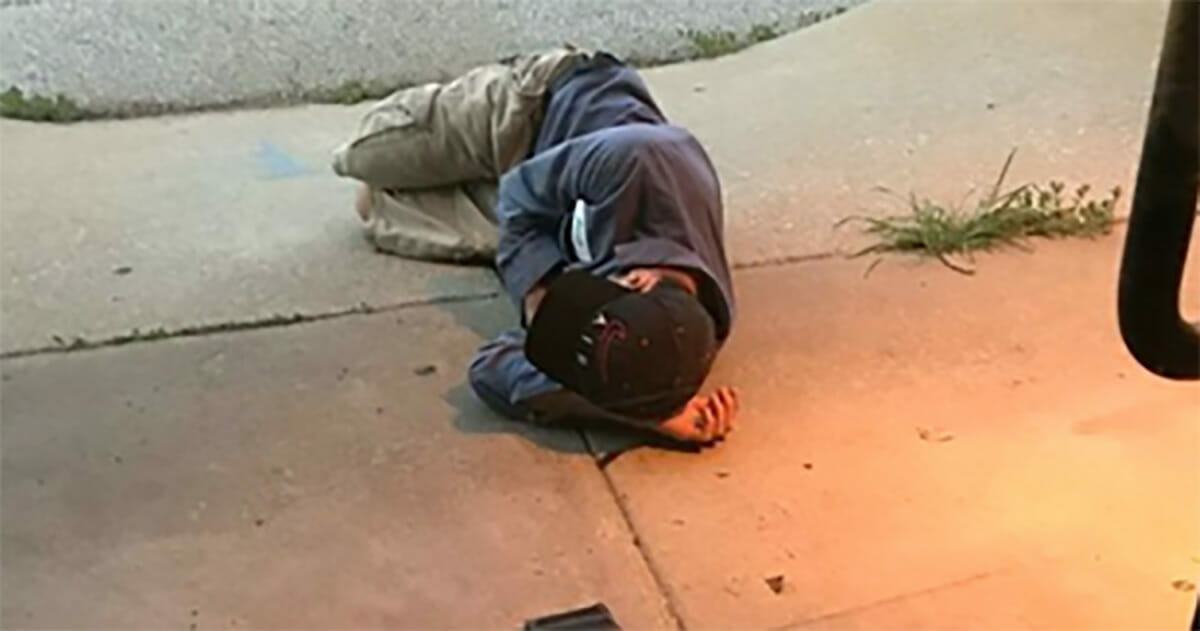 So many homeless people rely on the comfort and companionship of a dog.

Dogs can be a lifeline for those homeless people as they are non-judgmental and offer loyalty, protection and unconditional love.

It’s thought up to 10 percent of the 3.5 million homeless people in America have dogs or cats and so many of these people would sacrifice food for themselves to feed their precious animal.

So, when a homeless man lost his beloved dog Tata, he was willing to do anything to find her.

When one worker arrived at  DeKalb County Animal Services in Georgia one morning she found the homeless man asleep on the floor outside.

The kennel tech woke him up and he told her that he’d spent the night outside the center hoping that his dog would show up.

He had even spent all the money he had in the world on a bus ticket so he could get to the shelter.

The tech couldn’t believe what this desperate man had been through and did all she could to help him.

She discovered that his dog Tata had been picked up two weeks earlier and taken to the animal service’s new building across town, according to Paw My Gosh.

The man had no way of getting across there and the kennel tech wanted to help so she paid for him to get a train to the site so he could be reunited with his precious pooch.

When the man is reunited with his dog it’s such a wonderful site and thankfully someone recorded it.

The shelter even waived all the fees and offered to help him and his dog through their outreach program.

Watch the wonderful moment he sees Tata again in the clip below.

This man has nothing in the world and his dog means everything to him; dogs can save so many people, give them hope and motivation; they are a lifeline for so many of us.

Please share to show your appreciation for these amazing animals.