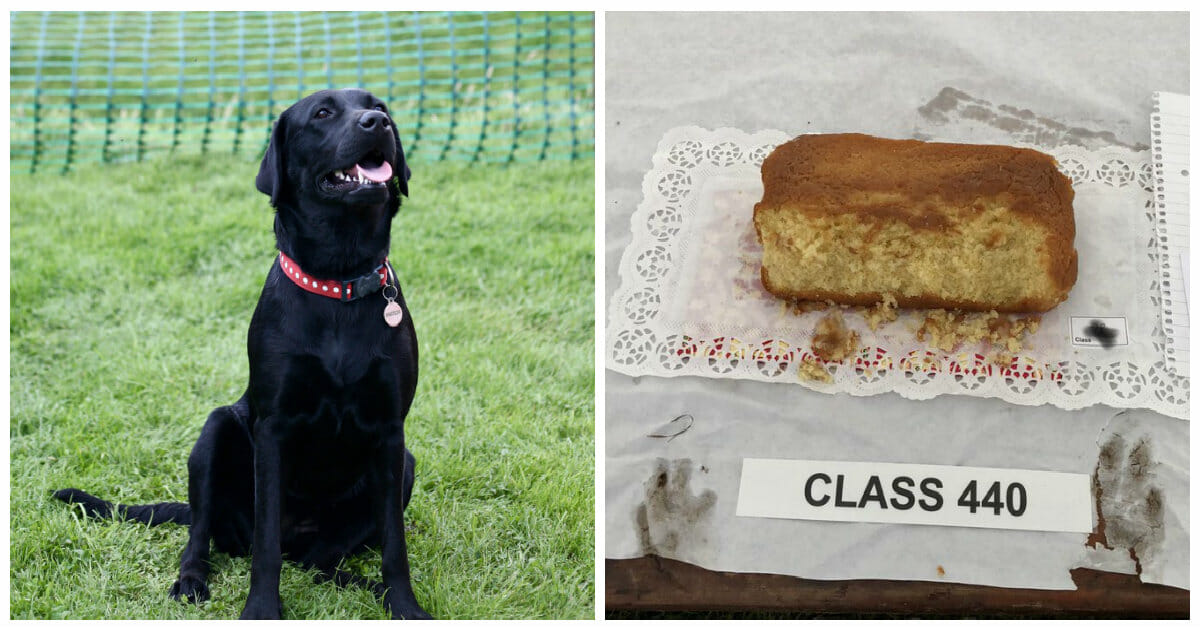 As many owners can attest, dogs love to eat. No matter how much we spend on special dog food and treats just for them, their appetites just never seem to cease, and they’ll go great lengths to getting a bite of ours.

That’s the lesson learned recently when one labrador decided to make herself a “judge” at a UK baking contest, taking a big chunk out of one of the entries.

But before judging could begin, disaster struck, as one of the cakes being exhibited was half-eaten.

While no one witnessed the crime, there was a pretty big clue who was responsible: the two giant paw prints right near the cake:

Warkworth Show off to a good start, a dog has eaten one of the exhibits #villagelife pic.twitter.com/aHyFUiiIFJ

The hungry dog was identified as Violet, a 14-month-old labrador owned by the show’s former chairman.

“It was around 08:00 and everyone was frantically setting up stalls and Violet managed to slip her owner’s attention and the smells of warm cake proved just too much to resist,” show spokesman Derek Conway told BBC.

Despite this, Violet’s owner insists she’s usually a well-behaved dog.

And here is Violet the Guilty outside the Warkworth Show – thrilled with her work ?? pic.twitter.com/FQRkRPk4xe

And luckily, her appetite didn’t totally ruin the entry—she still left enough for the cake to be judged in the contest.

“Fortunately, the judges were still able to assess the cake and the baker took it all in good heart,” Conway said.

But in the end, the cake didn’t win any prizes… maybe the fact that the cake was half-devoured by a dog turned off the judges’ appetites.

And yet, of all the desserts Violet could’ve gone for, she chose that particular cake. And doesn’t that count for something? This dog could be the next host of Great British Bake Off.

“This was the funniest event of the day and we adore Violet,” Conway said. “I think she should be made an honorary judge.”