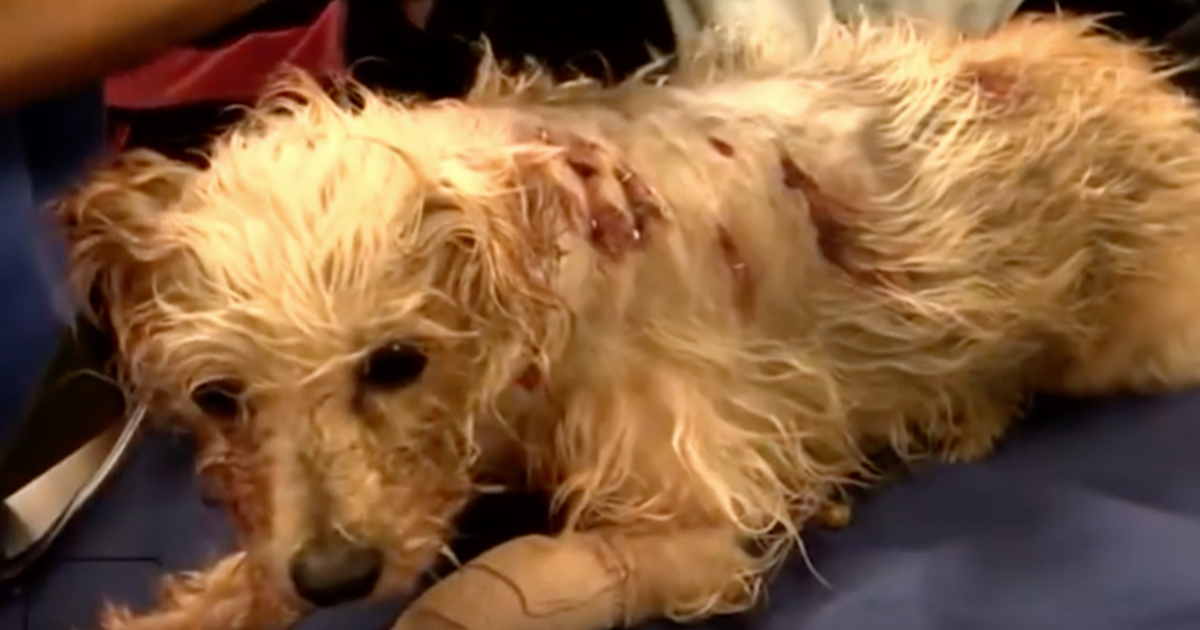 Ever since I was little, I’ve had a dog. And I have to say, living life with a dog is as wonderful now as it was then.

I’ll never ever understand how anyone could such wonderful creatures badly. Not in my wildest imagination.

And I can’t imagine what a dog could have done to make someone abuse it to the brink of death.

Only a very sick person would do something like that.

One day, the police in St. Louis, Missouri received a call about a mentally ill person at a local church who needed help. But the officer who arrived on the scene ended up finding a more pressing matter: a small female poodle mix dog was lying on the ground bleeding profusely.

The dog, named Frannie, was immediately treated by Humane Society veterinarians. And to their horror, they counted that 19 stab wounds in Frannie’s neck, back, and chest, writes Fox2Now.

In addition to her wounds, Frannie also suffered from blood loss, shock and trauma, and was put under strict supervision.

The Humane Society’s veterinarians did everything they could to help her, but they weren’t sure whether the little dog would survive.

But miraculously, she did, and only a few days later, Frannie already felt much better.

When the police officer who found Franny was told the good news, he was so happy that decided to adopt her. So as soon as Franny fully recovered and was given the go-ahead by veterinarians, she got the perfect forever home.

This is a terribly sad story, but thank God it has a happy ending.

Please share this article with your friends to help raise awareness about animal abuse.

Together we can help more dogs get the loving home they deserve!