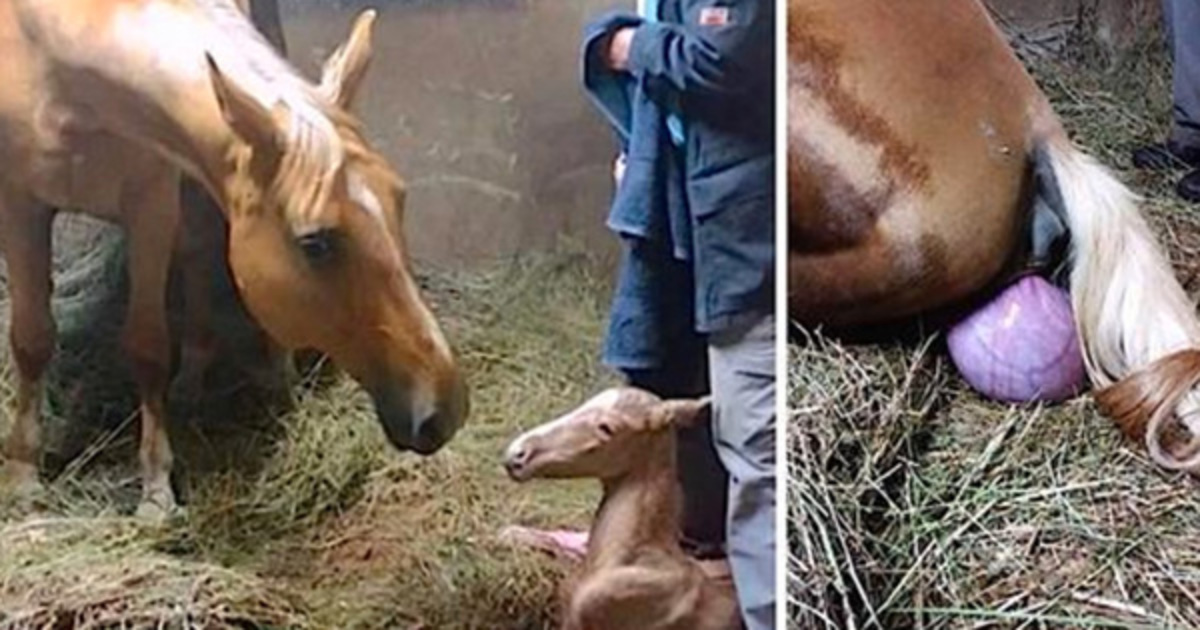 When Jenni’s beloved mare Daisy was to give birth to her first foal, Jenni was full of anticipation. But the day did not go as she had had imagined. It went much, much better!

In the unlikely event that a mare is pregnant with two foals, it is common that one does not survive. But Daisy had unusual luck.

Daisy was seven days overdue/ Jenni and a colleague from the Saratoga Stud breeding farm in South Africa went in to check on Daisy. That’s when they saw that she was going to be delivering right away. They arrived just in time to help the first foal, Don Quixote, out.

He was healthy, but they were surprised to see how small he was, as Daisy’s belly had been so large in the final stages of her pregnancy.

Amidst all the excitement of Don Quixote being born, Jenni’s dogs who were standing nearby suddenly began to bark with excitement. When Jenni turned to Daisy, she saw to her great surprise that she was about to give birth to a second foal.

Jenni immediately called for help from colleague Guy to get little Don Quixote out of the way so as not to distract Daisy from her second delivery. Moments later, the second baby, named Duet, was born.

Jenni had no idea that Daisy was expecting twins! Just minutes after their birth, she stood up and Jenni was thrilled to have two healthy foals on her farm.

How amazing! I hope the foals stay healthy and grow up to be big, strong horses!

Below you can watch a video of precious Don Quixote and Duet when they are 2-weeks-old. You can see more photos on Jenni’s farm’s Facebook page.

Share this amazing birth with your family and friends if you think life is precious, too.