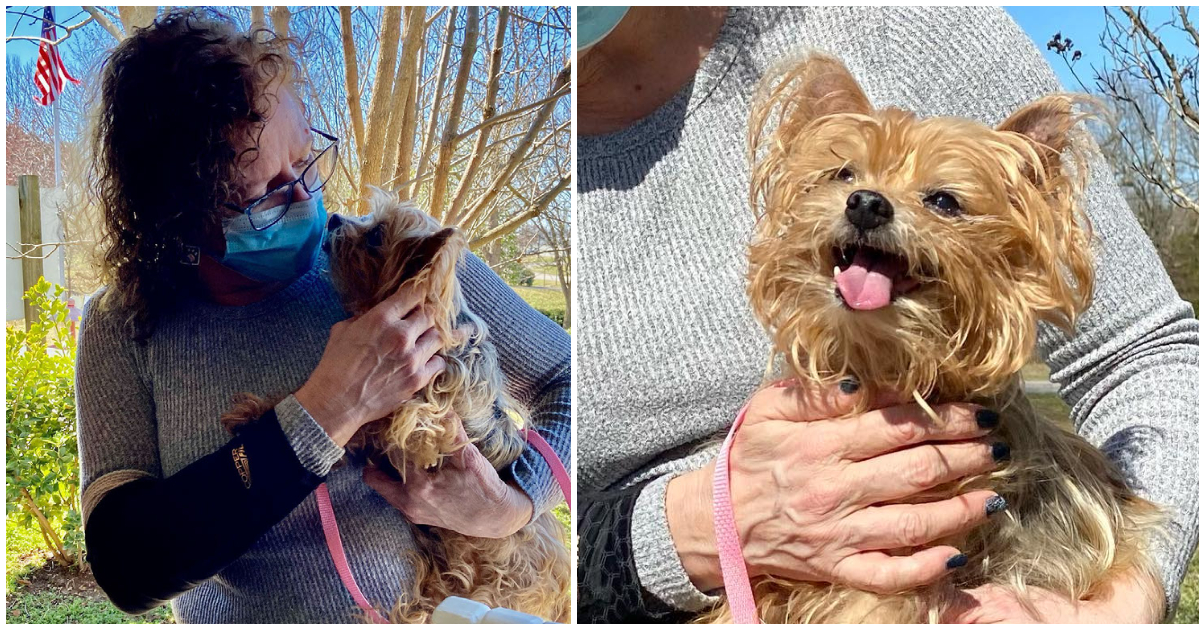 It’s always heartbreaking when a pet disappears. You search and search, but when they’re nowhere to be found at some point you just lose hope.

But remember that sometimes, miracles do happen. Missing does have returned to their owners lives after months or even years apart.

And one dog tops them all, returning home a whopping 13 years after being taken.

According to the Nashville Tennessean, a Yorkie pup named Connor was stolen from his home back in 2008. A man scooped him from the backyard and drove away.

Connor’s owner, veterinarian Karen Fox, and her teenage son drove after the man, but he got away with their beloved family pet.

The loss was especially hard on Karen’s husband, Timothy, who had a special bond with the dog. Sadly, he died four years ago, without Conner ever being found.

More years passed, and the family had long given up on ever finding their old pet. But this month, they got an unexpected call.

It was from Metro Nashville Animal Control, who stunned the family with the news that they had found Conner!

They were able to identify Karen as the owner, even after 13 years apart, thanks to a microchip found on the dog.

Reunited with Karen at last, the dog was clearly full of joy and licked her face.

“We have some catching up to,” Karen said, according to Metro Nashville Animal Care and Control.

After more than a decade away, Conner was finally brought home. The dog has some health issues, but Karen is happy to care for her old friend.

It’s a bittersweet moment, as Conner never got to reunite with Timothy again. “The most emotional thing for me is how much my husband would’ve loved for him to have come back home,” Karen told the Tennessean.

Still, it’s a miracle that this dog made it home after so long.

How amazing. It’s a reminder to always get your pets microchipped — it’s what makes miracles like this possible, even after more than a decade!