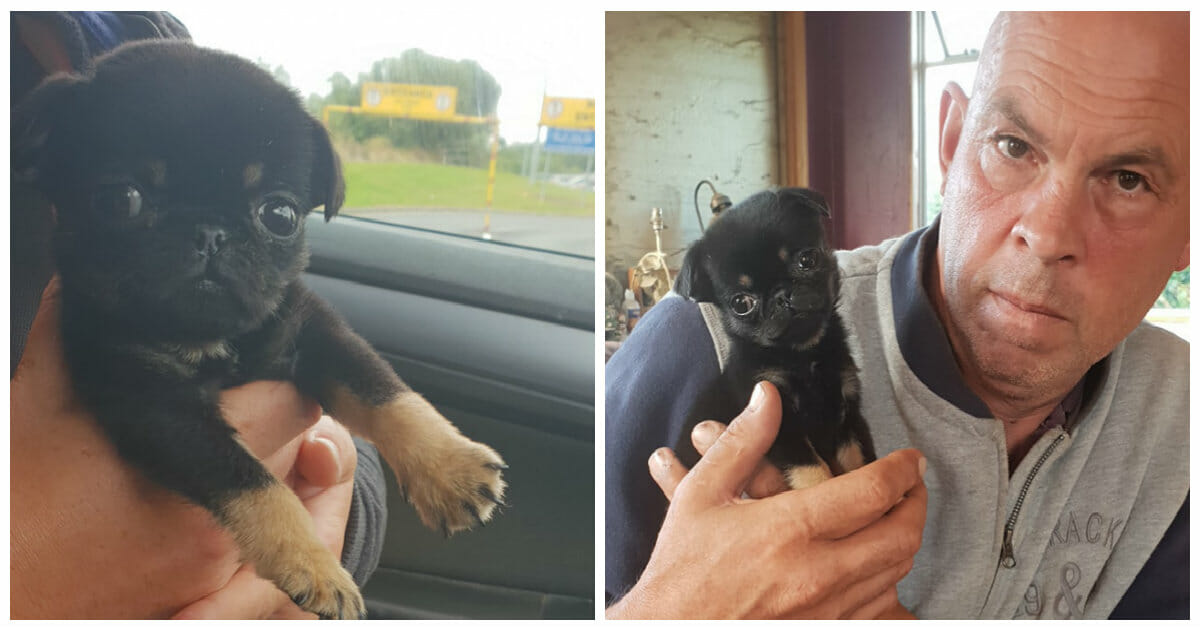 The story of a young puppy heartlessly abandoned and left for dead left people heartbroken and led to hundreds of adoption inquiries—but in the end, the best home was in front of him all along.

Earlier this month, a passerby in County Meath, Ireland heard a faint whining sound coming from a bush.

They realized what the noise was: a five-week-old pug puppy, abandoned in a plastic bag.

The puppy was brought to Coolronan Dog Rescue, who were tasked with taking care of the poor dog—and they had their work cut out for them.

“Apart from [being] left to die in a plastic bag he’s skin and bone full of worms and way to young to be away from his mum, he has an issue with one of his back legs which will be checked out by our vets,” the shelter wrote in a Facebook post.

The rescue had a potential home lined up for the dog, and received hundreds of applicants expressing their interest. However, it was still unclear if the puppy would even survive.

Okay guys we are not taking anymore calls or answering anymore messages regarding little Bobby. We still don't know if…

“He is a great little fella. He had to be wormed and he had a leg injury, but he is doing really really well,” Chris Kelly, who runs Dog Rescue Coolronan, told the Irish Mirror.

In fact, Chris had a special bond with this particular dog. After running the shelter for over a decade, he’s saved about 150 dogs… but none quite like Bobby.

“I’m rescuing dogs 13 years and I never have been attached like this,” he said.

Despite the many adoption requests and inquiries about Bobby, Chris did something unexpected: he decided to adopt the puppy himself.

It’s something he’s never done in all his years rescuing dogs. Besides his own bond with the dog, he felt it was in Bobby’s best interest.

“I just thought he should stay with me and we all agreed he was attached to me and why ruin that for him, he has already suffered enough.”

It’s a very happy ending all around—but Chris knows that not all dogs are so lucky. He says that the country’s dog population is out of control and the shelters are overcrowded, due to lax enforcement on pet documentation and microchipping.

“People have no idea what is going on in this country with animals,” he told the Irish Mirror. “Sanctuaries all across the country are overrun with unwanted dogs. Bobby is one of thousands.”

“Micro chipping and neutering needs to happen at an early age. There are too many dogs in Ireland.

And of course, there’s the careless and nearly fatal way Bobby was abandoned, which Chris says is too common.

“Pet owners who abuse or dump their dogs should face prison or huge fines,” he said. “It is totally unacceptable”.

Little Bobby says hi and thanks for all the well wishes ❤He's doing well and getting stronger everyday ? really should have called him Dyson as he just wants to eat everything ?

But for now, all we can do is try to save the dogs we can and give them a good home. Bobby’s story is a great example of an abandoned dog getting a new chance at life, despite the odds—thanks to some loving rescuers.