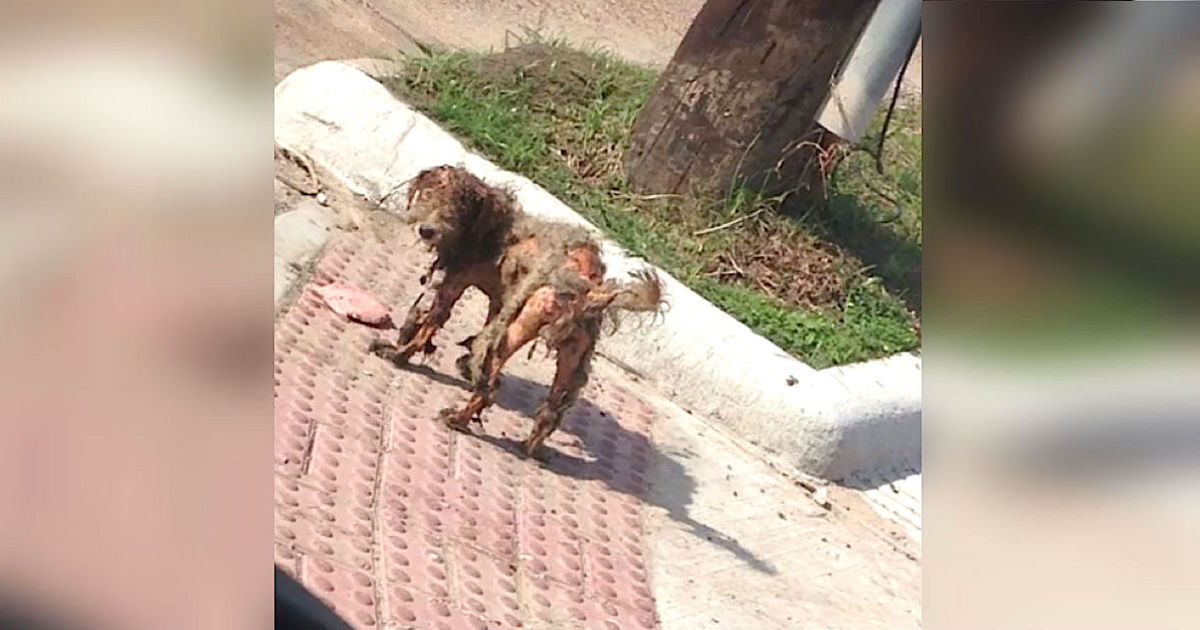 As appalling as it is to hear about animals that have been injured and left to die, it’s equally nice to read stories about the wonderful people who rescue these animals and give them a second chance. This story, about a little dog named Pumpkin whose life was completely turned around, just melted my heart. Things looked bleak for a long time for the little dog, but in the end Pumpkin’s fighting spirit had me in tears. Read Pumpkin’s story below, and have some tissues on hand!

When Pumpkin was found in the street, her body was covered in burns and she had been left to die. The man who saw her, however, didn’t save her. Instead, he took a picture of her and put it on Instagram. In an attempt to be funny, he derided Pumpkin with offensive comments about how she looked.

Lots of animal lovers responded immediately, and luckily, they managed to find Pumpkin and save her from a life on the streets.

When animal rescuers found Pumpkin, they also found out that Pumpkin was the mother of a little puppy. Rescuers took the two dogs to the vet and began to care for them.

Sadly, the puppy didn’t make it. But it did Pumpkin, and her life would soon take a drastic turn.

Pumpkin was sent to an animal shelter, where her fur soon began to grow back. The formerly scarred brown dog turned into a little white doggie that was both beautiful and happy.

Then one day, Kelly Williams visited the animal shelter. She immediately saw what a wonderful little cutie Pumpkin was and adopted the dog.

… And today the dog is completely fit and healthy!

And Pumpkin even has two best friends that were also rescued from death. The trio plays together every day.

Writing this, Pumpkin’s story still has me in tears. Check out the video of her story here:

Do you also think Pumpkin’s story was unbelievable? Please share it with all of your friends who also love animals.