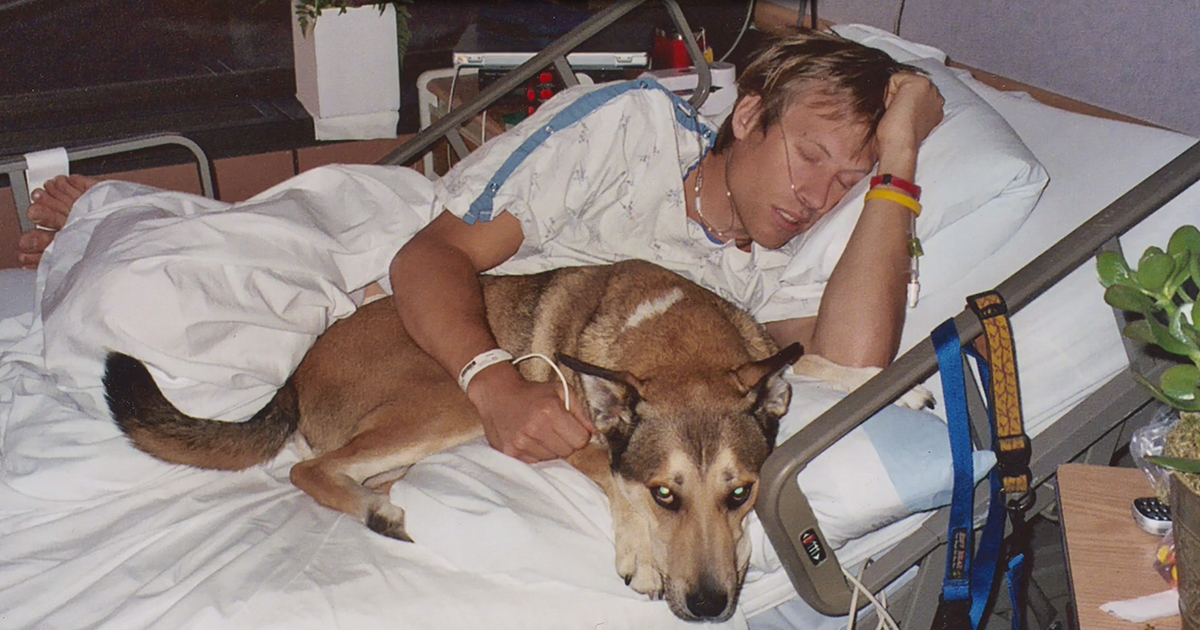 It was unexpected, but unconditional love at first sight when Ben met the dog Denali for the first time. When Ben, a photographer and surfer from Oregon, broke up with his girlfriend life turned on its head. He decided to leave everything and take his dog Denali with him on this journey. Ben started a life as a nomad in the wilderness of Oregon. The duo’s trip went through the West of United States. From deserts to beaches, the inseparable duo experienced everything. It was a life full of adventures, freedom and joy. But this is also a heartbreaking story about losing someone you love. The movie, from a dog’s perspective, is a beautiful tribute to man’s best friend and it’s difficult not to cry. What a faithful dog!

Ben and Denali lived on the road, side by side, for a long time. They lived in a van and took each day as it came. It was a lovely and free life, but nothing lasts forever.

June, 2004, Ben got serious cancer and was hospitalized. Denali never left his side and refused to leave the room where Ben was lying. During surgerys and treatments, Denali was always close and his healing power was a big part of Ben’s recovery.

In the beginning of 2014, Denali too was sick with cancer. Ben promised to never let him suffer. He wanted one thing from Denali: Survive at least one more month. So Ben could record a tribute video with him.

Exactly one month after they had found out about Denali’s cancer, the dog started to cough really bad by midnight. The next day, Ben and Denali was playing at the beach. The morning after, Denali gave Ben that look – it was time to go. Denali died at the age of 14.

This is the emotional movie with Denali and Ben.