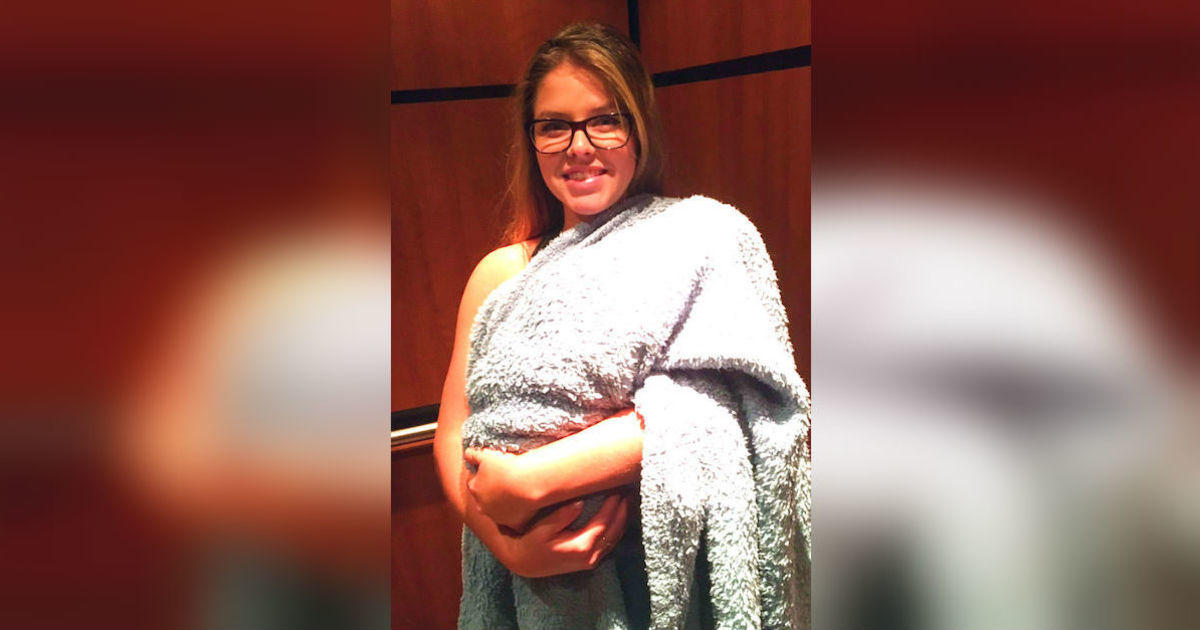 Sometimes, there’s only one thing in the world that can make us feel better.

When Shelby’s grandmother had a severe allergic reaction to her medications, she had to be taken to the hospital to receive treatment and recover.

The hospital has wonderful doctors and great facilities, but there was one thing missing that would make Shelby’s grandma’s recovery go a whole lot better: her beloved dog, Patsy.

Shelby really wanted to cheer her grandmother up, but she knew it wouldn’t be easy—the hospital doesn’t allow pets on the premises.

So Shelby decided to get creative and see what she could do to make her grandmother smile again.

This is 21-year-old Shelby. On June 11, 2017, she shared a story on Twitter about something she did for her grandmother, and thousands of people praised her on the social media platform.

Shelby’s grandmother had an allergic reaction to her medicine and had to be hospitalized.

Unfortunately, she would have to stay in the hospital for a long time and had to be separated from her dog, Patsy.

Shelby was pretty sure that her grandma would recover a little faster if she could only see her beloved four-legged friend.

Shelby wanted to help her grandmother, so she concocted a clever plan to sneak her dog in.

With the help of a blue blanket, Shelby got to work.

She went and fetched her grandmother’s dog and then covered Patsy with the blanket.

With her disguise finished, Shelby was ready to sneak into the hospital.

When Shelby entered the hospital, everyone thought she was carrying a baby.

It worked, and Shelby was able to bring Patsy up to her grandmother’s room for a little while.

The lovely reunion couldn’t have been sweeter!

Thanks to Shelby’s nice gesture, her grandmother’s recovery got a whole lot brighter.