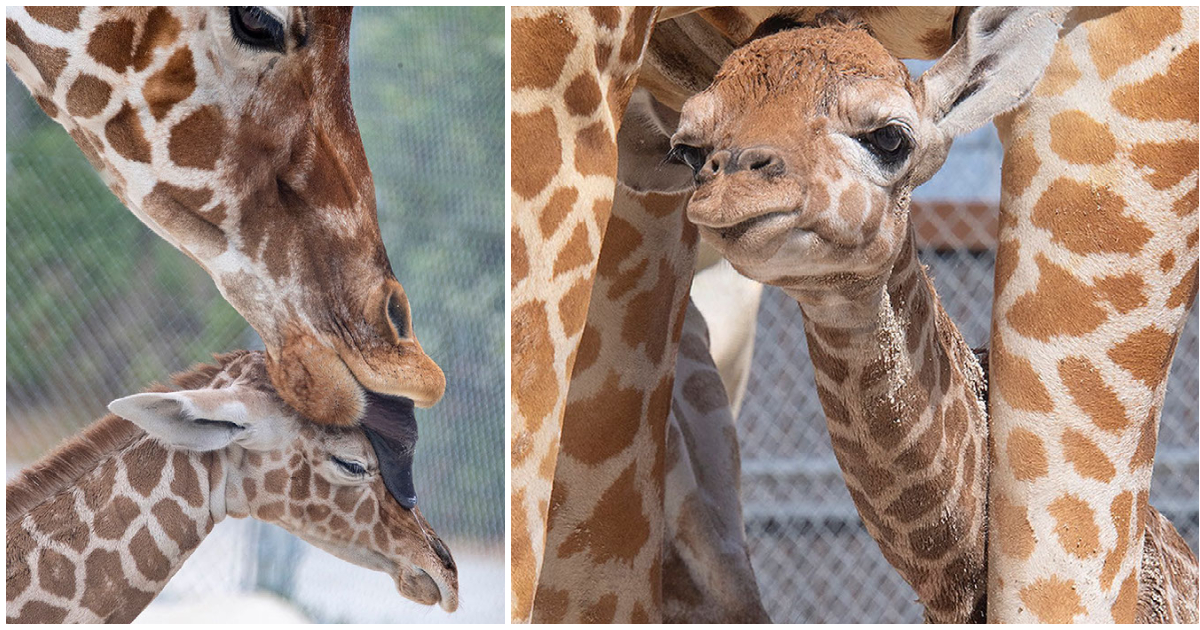 It’s an incredible, unique sight to see — and one lucky zoo welcomed not just one, but two new baby giraffes in the same week, helping to repopulate a vulnerable species.

Zoo Miami recently welcomed a male baby giraffe, who made his debut on April 2. He is the seventh baby born to 14-year-old mother Mia.

The calf is doing well. After spending some private time with mom in a holding area, he is now “curiously exploring his new surroundings,” Zoo Miami wrote on Facebook.

Medical tests indicate he is doing well and growing fast.

“On Sunday, the calf received a neonatal exam where in addition to a general physical, he was weighed, had his blood collected and received a microchip for identification,” the zoo wrote. “He weighed a whopping 181 pounds.”

The arrival of the new giraffe was an exciting moment — but it turned out, the excitement was just beginning.

As the calf made his public debut, another giraffe was being born!

The two newborn giraffes are only the 54th and 55th giraffes ever born at Zoo Miami, so the fact that they were born just days apart is a remarkable coincidence.

The second, slightly-younger giraffe was born to 6-year-old mom Zuri. The calf is a female weighing 119 pounds.

After a neonatal exam, she was found to be doing well, and is expected to join the herd today and make her public debut.

With this exciting news, Zoo Miami elaborated on some of the interesting details of a giraffe’s birth.

“Giraffe have a pregnancy of approximately 15 months and the mother rarely, if ever, lies down while giving birth,” Zoo Miami wrote. “The baby falls about 4-6 feet to the floor where it receives quite an abrupt introduction to the world!”

The giraffe is one of the most beautiful and majestic animals in the world, but they’re also at risk. Giraffes in the wild face the threat of illegal poaching and habitat loss.

Due to decreasing numbers, their IUCN elevated their endangerment risk to “vulnerable.”

The new birth of any giraffe is always welcome news — especially two in one week.

Zoo Miami has had their hands full, celebrating the special arrivals of many baby animals in recent months. Last month they welcomed a critically endangered Sumatran tiger cub, and in January they rescued an abandoned baby anteater.

We love baby giraffes, and two are even better than one! Congrats to this zoo on these two beautiful arrivals!