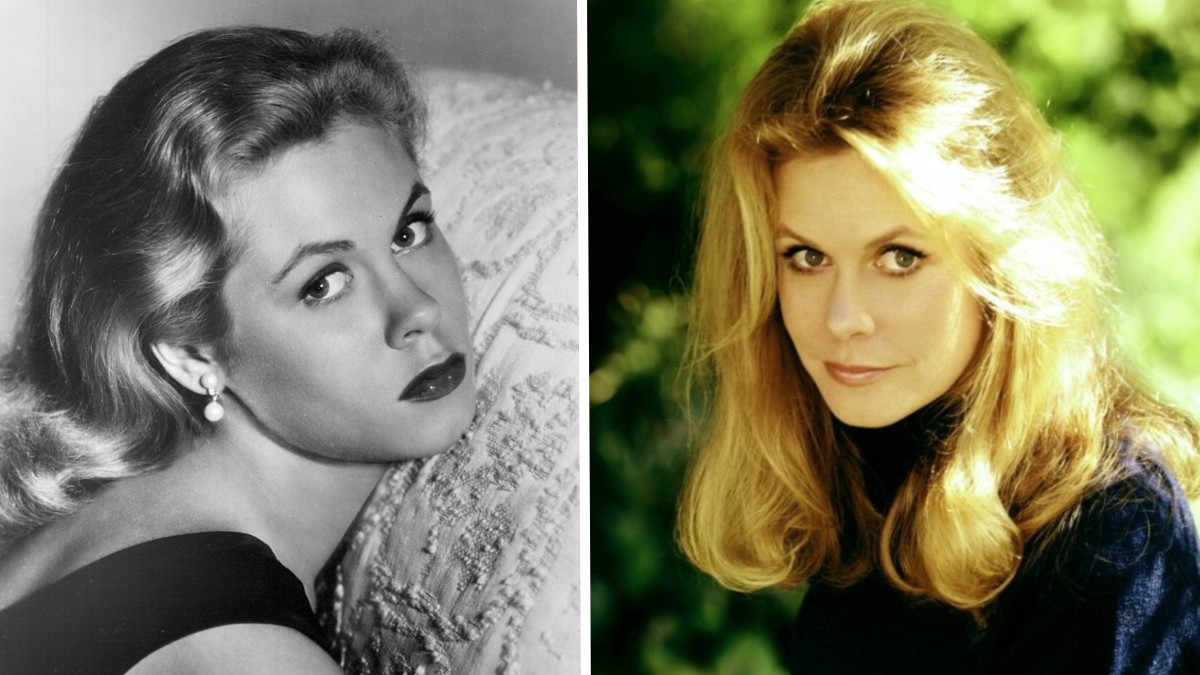 When you hear the name Elizabeth Montgomery, it’s impossible not to hear the little twinkle that accompanied her character’s nose twitch on Bewitched.

But what became of Elizabeth Montgomery after her run as Samantha Stephens in the 1960s sitcom?

As we remember her today on what would have been her 88th birthday, let’s take a look back at her career in film and television before her untimely death in 1995.

Elizabeth Montgomery was born in Los Angeles on April 15, 1933 to a Broadway actress and film star, so acting was in her blood since birth.

“Dad tells me I often climbed on his lap after dinner and remarked, ‘I’m going to be an actress when I grow up.’ I don’t know whether he encouraged me or not, but he told me he would humor me and would tell me to wait and see what happened when I grew up,” Elizabeth said in 1954 interview with the Los Angeles Times. “

“I’ll be real honest and say that Daddy did help me get a break in TV and I’m really grateful for his assistance and guidance. He’s my most severe critic, but also a true friend as well as loving father.”

When she was still a teenager she made her television debut on her father’s show, Robert Montgomery Presents. She continued to make several appearances on his show.

By 1953, Elizabeth had made her Broadway debut starring in Late Love. Two years later in 1955 she appeared in her first film, The Court-Martial of Billy Mitchell, and then two years later she returned to Broadway.

As her career continued to advance, Elizabeth found love, but it never lasted long.

In 1954 she married Frederick Gallatin Cammann, but the couple divorced a year later. She married Gig Young, an award-winning actor, in 1956, and the two stayed married until they divorced in 1963.

While filming Johnny Cool, Elizabeth met William Asher, a director and TV producer. Not only would he prove to be beneficial to her career, but the two also hit it off romantically.

They married in 1963 and had three children together.

While Elizabeth Montgomery did star in shows such as Alfred Hitchcock Presents, The Loretta Young Show, The Untouchables, and The Twilight Zone, perhaps her most well-known role was as Samantha Stephens on Bewitched.

The supernatural comedy, which aired for eight seasons from 1964 to 1972, propelled Elizabeth into the spotlight.

Suddenly she became a household name and everyone was trying to replicate Samantha’s famous nose twitch.

Following Bewitched‘s run and the end of her marriage with Asher, Elizabeth went on to star in many made-for-television movies, many which were in stark contrast to her previous role on Bewitched.

It was during the filming of Mrs. Sundance that she met Robert Foxworth. The two remained together until Elizabeth’s death in 1995, though they didn’t get married until 1993.

Unfortunately, her career was cut short when on May 18, 1995 after a long battle with colon cancer. According to the Los Angeles Times, her family reported she was 57 when she died, though many places listed her birth year as 1933 making her 62 at the time of her death.

The actress had battled the disease for years and had believed she was cancer-free, but while filming Deadline for Murder: From the Files of Edna Buchanan she became ill.

By the time she was able to get checked out in March 1995, it was too late. The cancer had spread to her liver.

Elizabeth died at her home in Beverly Hills with her husband and three children by her side.

On playing a variety of characters throughout her career, Elizabeth said in a 1992 interview:

“They all have different kinds of ‘feels’ to them and that’s probably one of the reasons why I’ve done them. I get letters from people saying one of the things they like best about what I’ve done since ‘Bewitched’ is that they never know what I’m going to do next.”