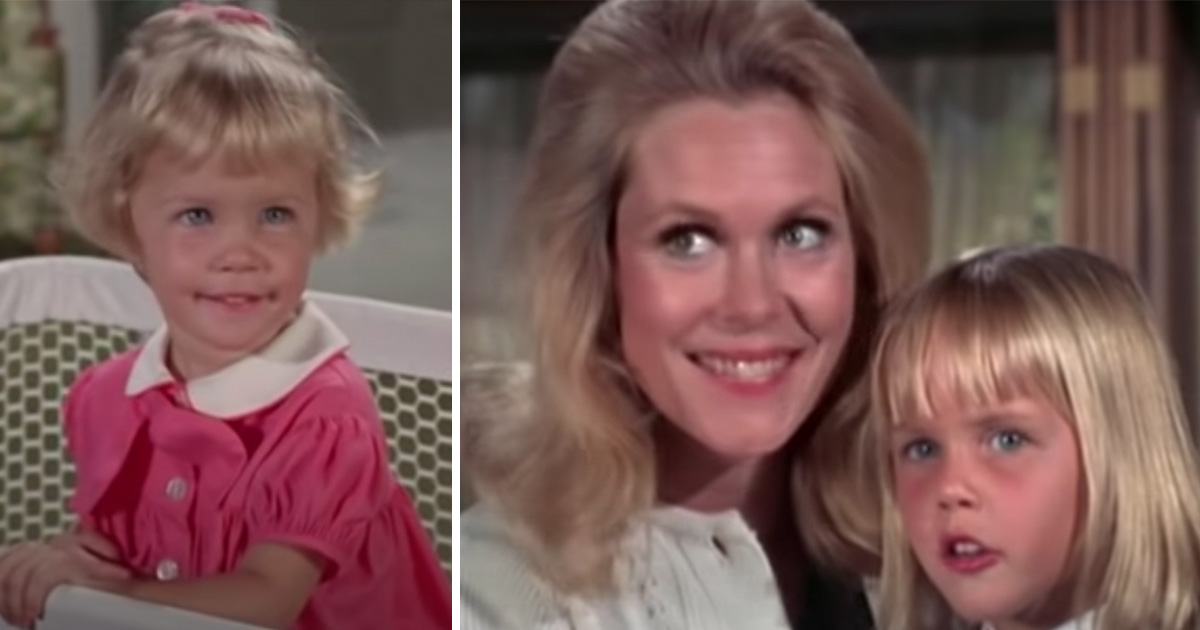 If you enjoyed watching TV in the 1960s and 1970s, you probably remember catching a couple of episodes of Bewitched. The enchanting sitcom became a huge success, going on to win several big awards.

One of the show’s classic characters, the child Tabitha, was played by no less than two actors in the form of twins Diane and Erin Murphy.

So, what are the two sisters doing today?

I’ve always been very impressed by child actors and actresses. Performing is a profession that requires a lot of skill, patience and talent, and for a child that can be incredibly tough.

However, through the years, we’ve seen so many children turning out to be real stars. In that regard, it’s fair to say Diane and Erin Murphy are two of the biggest and brightest young actresses.

The story of a witch marrying an ordinary mortal man and vowing to live as a housewife in a typical suburb sure became popular.

When Bewitched, the popular and highly-praised sitcom fantasy series, aired on Sept 17, 1964, few knew that it would go on to become one of the most popular shows on television.

Sol Saks, the the creator of the series, has explained that his script for the pilot episode was inspired by the films I Married a Witch and Bell, Book and Candle.

Shown on ABC, Bewitched went on to win a number of Emmys, with its actors additionally nominated for several Golden Globes. It also became one of the longest-running sitcoms in the TV network’s history.

The classic ’60s sitcom starred Elizabeth Montgomery as the magically gifted, beautiful woman, Samantha. But there was one character that would become even more popular and, on several occasions, steal the spotlight entirely.

As you can guess, that character was Tabitha Stephens, the oldest daughter of Samantha and her husband Darrin. Her superpowers blew everyone’s mind, and wow, was she cute!

In an 1967 interview, Elizabeth admitted it was her idea to name the girl character Tabitha.

“I loved it, because it was so old-fashioned,” she said in an interview, according to the Bewitched: History Book – 50th Anniversary Edition.

“I got it from one of the daughters of Edward Andrews, the actor. The two Andrews girls are named Tabitha and Abigail. … But, somehow or other, her name came out ‘Tabatha’ on the credit roll, and that’s the way it’s been ever since. Honestly, I shudder every time I see it. It’s like a squeaky piece of chalk scratching on my nerves.”

Tabitha, the couple’s daughter, had a special place in the heart of viewers. But did you know Tabitha was actually played by two sisters over the first four seasons and a total of three different twin couples overall?

And now, the two are both grown up!

Diane and Erin Murphy were born on June 17, 1964 in Encino, California.

They are fraternal twin sisters, with Diane born five minutes before her twin sister Erin. Since they were fraternal, Diane and Erin weren’t identical. However, when they were you, they could certainly pass for one another.

Their mother Stephanie decided to quit her job as a teacher to be with her newborn daughters as a full time mom. Meanwhile, their father Dan Murphy, owned a business college, Murphy’s College, in Los Angeles.

Split the part of Tabitha

The twins soon gained attention as small children while living in North Hollywood, and it led to a talent agent wanting to sign them.

Erin would go on to land the role of Tabitha in Bewitched, and made her debut on the show soon after.

“They had previously shown it in black and white, so the big push of the third season was that the show was going to color and that they were going to focus more on the character of Tabitha. So they were looking for someone who looked like Elizabeth Montgomery and wasn’t afraid of the lights. I auditioned with my fraternal twin sister Diane and we got the part.”

It wasn’t only Erin who got involved. Due to child labor laws – which meant a child only could work a certain amount of hours each day – her sister Diane also acted as Tabitha.

They both played the part on the third and fourth season, and it would turn out to be a great success.

However, Erin eventually took over the role full-time in season 4, since the girls began to look less alike. Diane’s time on the beloved sitcom was over. But, speaking about her experience on the show, she wasn’t too disappointed about being dropped.

“I loved working on Bewitched, and it gave me some very unique and wonderful experiences, but eventually, I wanted to lead a more regular life. So I quit the entertainment business when I was thirteen years old.”

For Erin, being on the show meant plenty of time spent together with other actors and actresses. She grew very close to Montgomery, with the pair staying in contact until May 1995, when Elizabeth passed away of colorectal cancer, age 62.

“A lot of people who knew Liz well and knew me told me how much I’m like her,” Murphy told ABC.

“And I think it’s because we spent 12 hours a day together growing up. I looked to her as a parent, and she would tell me what to do like a parent. In a lot of ways I’m so much like her than I am my own mom, which is hilarious.”

Even though she loved being in the spotlight on set, her favorite place was in Agnes Morehead’s dressing room. Morehead played Samantha’s mother Endora. She died in 1974, age 73.

“She was probably my favorite person on the show in retrospect,” Murphy said.

“I loved her like a grandparent. I had grandparents who lived in other states I didn’t get to see and she didn’t have grandchildren, and we had a really great, loving relationship. She’d do little things like draw little cartoons for me in between scenes. She’d tell me stories. I loved going into her dressing room because everything was purple. I just thought she was the most colorful, most beautiful person.”

Erin was credited on a total of 102 episodes on Bewitched, according to IMDB, spending six seasons on the show. Her sister Diane went on to return to the show, but in minor parts as other characters.

So what did Erin Murphy do post her success as the child with magical powers?

At first, she did several commercials and some modeling jobs. She also auditioned for projects alongside other child actors Jodie Foster and Helen Hunt, according to ABC.

In 1973, she had a minor part in Lassie and continued with roles in several TV series and short films. In 2019, she returned to the role of Tabitha in the comedy short TV Therapy.

As she grew older, Erin grew into a successful TV host and correspondent. In recent years, she’s also worked as a motivational speaker for several charity organizations.

Not only that, but Erin has become a business owner as well. Erin Murphy Knits sells alpaca knitwear that she makes herself. She also owns a company called Slim Chillers, which is frozen vodka martini ice pops that are currently being sold all over the world.

“I never really thought I would wind up in the alcohol business, but I have enjoyed a few good martinis in my life,” Murphy said in 2014.

Today, she’s 56 years old and a mother of six boys aged 17 to 35. She’s been married three times and lives in the Los Angeles area. Still to this day, people come up to Erin, praising her for the wonderful part she played as as Tabitha in Bewitched.

“Any moment that someone comes up to you just to say they liked you on a TV show, that’s flattering,” she told Fox.

“I think it’s very kind and I’m very open to posing for pictures, meeting fans and answering questions about ‘Bewitched.’ I’m thankful that people appreciate what I did. I think it’s awesome.”

Diane, meanwhile, is living in Santa Barbara, California. Before leaving the entertainment business, she starred in some commercials, including one with Henry Fonda.

The now 56-year-old obtained a Bachelor’s degree in psychology and sociology from the University of California, adding an M.B.A in management from Golden Gate University.

As of a couple of years back, she’s self-employed, working with medical writing and clinical development according to her LinkedIn page.

Amomama reports that Diane also serves as an associate executive director of Shelter Services for Women, an organization providing shelter for women and their children suffering from domestic violence.

She is also a member of the board of directors of the Greater Santa Barbara Community Association, which give scholarships to gay and lesbian students in the community.

Erin and Diane sure left their mark in TV history as the beloved little girl Tabitha.

But who would the magical little girl be if the character would’ve been older as of today?

“I think she would be a mom maybe living by the beach, with a laugh. I kind of feel like I have her life now. So definitely a mom, probably using her magic a little more than her mom did,” Erin Murphy says.

I will never grow tired of watching the wonderful show Bewitched, it definitely is a classic!