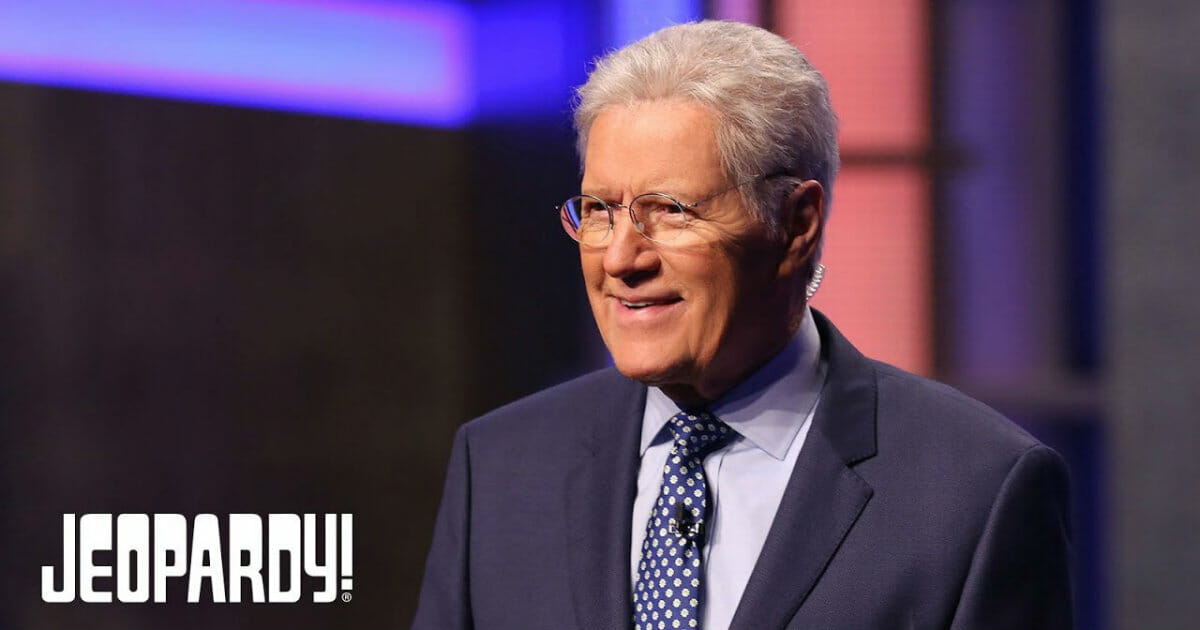 The 35th season of Jeopardy! wrapped up last month, and it was quite a rollercoaster for fans. Memorable events included an All-Star team tournament that saw the return of past champions to James Holzhauer’s record-breaking 32-game streak.

But of course the biggest story this year was a sad one: longtime host Alex Trebek announced he was diagnosed with stage-four pancreatic cancer.

While the prognosis for the disease is normally not encouraging, as Trebek pointed out, he kept his spirits up and continued hosting the show through his chemotherapy treatments—and announced in May the “mind-boggling” news that his tumors had shrunk by 50% and that he was in “near-remission.”

But now, fans have even more great news to celebrate: not only has Trebek returned to hosting the show for its upcoming 36th season, but he has completed chemotherapy treatments.

Yesterday the Jeopardy! social media accounts shared a video excitedly announcing that “Alex is Back!” offering footage of the beloved host’s return for another season that just a few months ago seemed unlikely.

“It’s another day at the office for me,” Trebek says in the video, adding that “so many exciting things have been happening” on the show in recent months.

Trebek also offered up an encouraging update on his cancer battle: “I’ve gone through a lot of chemotherapy, and thankfully, that is now over,” the host said.

He kept up the positivity he’s demonstrated all the way: “I’m on the mend, and that’s all I can hope for right now.”

Trebek, who recently celebrated his 79th birthday, hasn’t slowed down or lost his trademark humor throughout the whole ordeal. In the video we see him taking questions from the audience; when someone asks him who he’d want to see play him in a movie, he quips “Betty White.”

Alright, who wants a slice?! #HappyBirthdayAlexTrebek

People everywhere were devastated when Trebek announced his diagnosis: stage-four pancreatic cancer has a very low survival rate, with only 3% surviving five years. But the host remained optimistic.

“I plan to beat the low survival rate statistics for this disease,” Trebek said in his cancer announcement video in March. He then followed that up with a great joke: “Truth told, I have to: under the terms of my contract, I have to host Jeopardy! for three more years!”

It’s looking more and more likely that he took those words seriously, and is determined to host the show as long as he possibly can.

Jeopardy! returns on September 9, and promises to be just as exciting as last season: “We have some exciting things coming up, and I can’t wait to share them with all of you,” Trebek says.