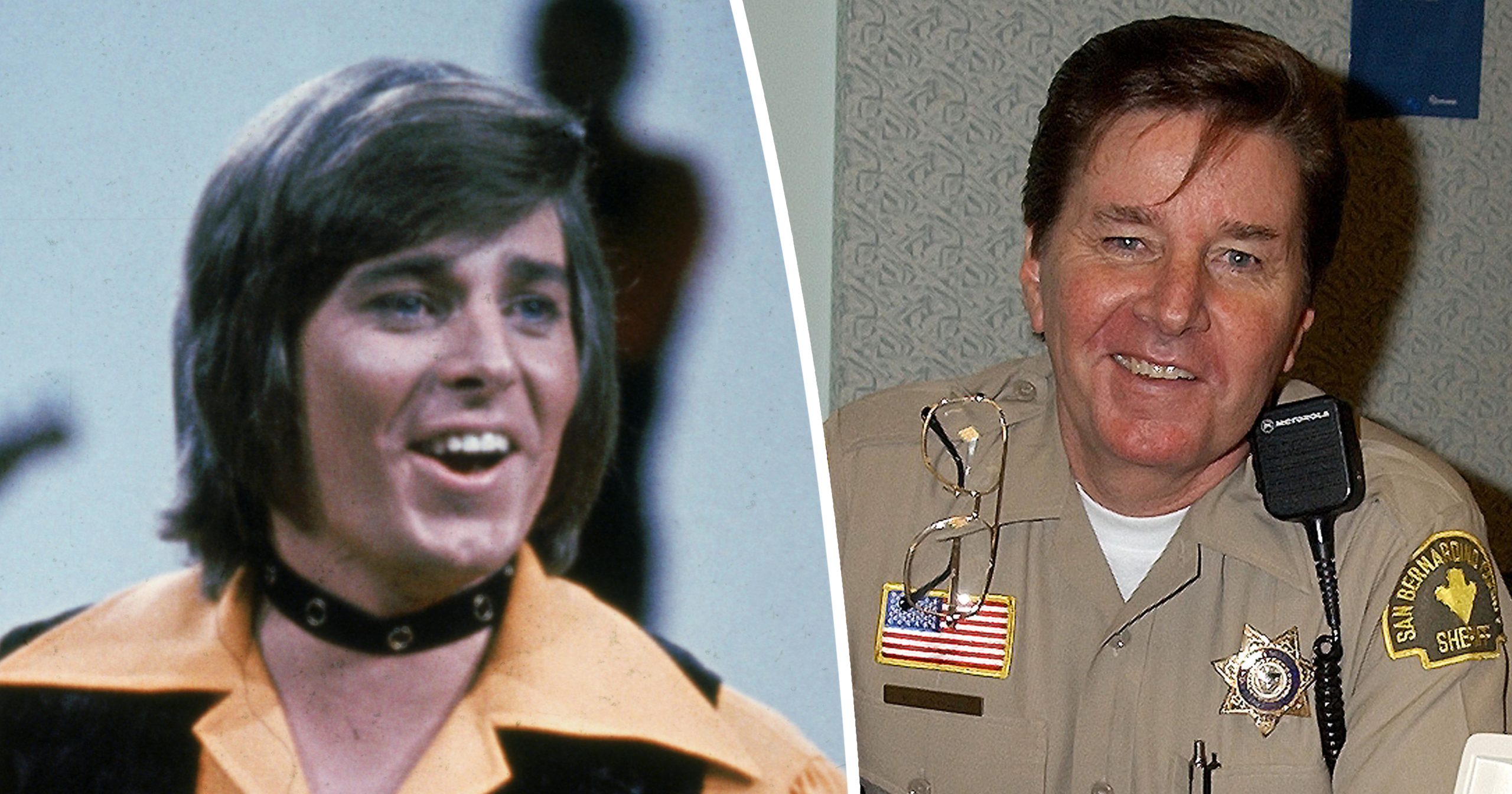 Bobby Sherman became one of the biggest music stars of the 1960s and 1970s. Looking back, it’s hard for me to conjure even one friend who didn’t have a crush on him at one point or another.

Sherman released multiple albums, became a well-respected actor, performed in front of thousands of people, and sold millions of records. Eventually, however, he decided to leave the entertainment business for good at the height of his fame.

Now, this wasn’t because the now 79-year-old felt like his skills had deteriorated in any way. No, he had a much more significant cause, one that had to do with saving lives.

Here’s all you need to know about the legendary artist Bobby Sherman!

Bobby Sherman was born on July 22, 1943, in Santa Monica, California, and grew up in Van Nuys, close to Los Angeles.

By age 11, he was said to have learned how to play the trumpet, and later on piano, trombone, piano, and of course, the guitar. Sherman attended Birmingham High School. There, he joined a band and became very interested in singing. Over the years, he reportedly learned how to play an astonishing 16 instruments.

Upon graduating from high school in 1961, Sherman began studying at Pierce College in Woodland Hill, near Los Angeles. It was there that a relationship would change the course of his life for good.

Sherman studied child psychology at Pierce College, and there met his first girlfriend. One night, she decided to take him with her to a cast party for The Greatest Story Ever Told.

Sherman had already started playing music at that point. He sang with different bands in the San Fernando Valley, and plenty of people knew he had a good voice. So it was that when he arrived at the party, Sherman took the opportunity to flex his talent.

“I was always the guy who had the gumption to get up and sing in front of people,” he later said of it.

Bobby had friends at the party who were playing in the band on stage, which likely made things a little bit easier. In any case, he got up in front of everyone and sang Ray Charles’ What I’d Say.

Discovered at a Hollywood party

Since it was a Hollywood party, many stars of entertainment were in attendance. Among them were Sal Mineo, Natalie Wood – and Jane Fonda.

After the performance, they recognized his talent, and Mineo decided to take him under his wing.

“People were saying things like, ‘Who’s handling you’ I had no idea what that meant,” Sherman said.

“Well, I was a kid from Van Nuys, you know, and it was, `What do they mean, handling me?’ Then I realized they meant representation.”

He soon learned what Hollywood was like. Only three days later, an agent tipped off by one of the party guests sent Bobby Sherman to an audition. It was for a new television series, and Bobby landed a featured spot on the series Shindig.

That role only lasted two years, but it was all Bobby needed to make his mark. By that point, people all over the country had fallen in love with him, and jobs started to appear from every crack and crevice.

When Shindig was canceled in 1966, Sherman appeared as a guest star on several other shows, including The Monkees, Honey West, and The FBI. Though he’d started to become a heartthrob around Hollywood, it was in 1968 that his big breakthrough came.

Sherman starred as the stuttering Jason Bolt in Here Come The Bridges, remaining on the show for two full years. His character lost his stutter at the end of his tenure, and the show was eventually canceled.

The character of Jason Bolt proved immensely popular with fans; something Sherman realized when he appeared during a telethon in Buffalo. All of a sudden, he wasn’t just an up-and-coming name. Rather, he had become a star.

“The show had just hit the air, and we didn’t even have any records out yet,” Sherman told Tulsa World.

“Greg Morris of Mission: Impossible and Robert Brown and I from Here Come The Brides had been asked to do the telethon, and it was going along and doing very well, when the fire marshall came in and said, ‘We have a problem. You’d better come up to the second floor; You’ve got to greet some people.’

“They opened up this window, and I looked out, and the parting lot of this television station was absolutely a sea of faces,” he added. “It was just unbelievable. And I got a clue then that something was happening.”

The following year became “kind of limbo” for Bobby. However, it was at that moment he turned his interest towards writing songs and trying out his eight-track recording equipment.

And so Bobby became a professional singer, though he hadn’t quite gotten recognition for his voice yet.

From 1969 through 1971, Sherman’s young fan base bought millions of recordings, and he released singles such as Little Woman, Easy Come, Easy Go, and Julie, Do Ya Love Me.

Sherman was in a television series called Getting Together – a spinoff of The Partridge Family about two songwriters – in 1970 and 1971, and went on to feature in several other guest roles afterwards.

Coinciding with Sherman’s rise to fame, was his marriage to his first wife; in 1971, he tied the knot with Patti Carnel. Together, the couple welcomed two sons, Christopher and Tyler.

Sherman wanted his kids to have a great place to grow up, and thus decided to build a miniature model of the Main Street of Disneyland … in his backyard. It reportedly cost him about $15,000 dollars to build, while the project took about two and a half years to complete.

Not everyone was happy with the project; his wife was said to be annoyed by the constant noise of hammers.

“I didn’t know what home was”

“At one point, she said, ‘If you don’t finish it, I’ll kill you,” Sherman joked in an interview with People.

Not only did Bobby’s children inspire him to build his own piece of Disneyland, but they became the inspiration for his new career.

Bobby became a true television teen-throb before the likes of Shaun Cassidy and even David Cassidy. He was eventually “replaced” by the likes of Donny Osmond.

But at the height of his career, Sherman was on hit television series while simultaneously releasing smash singles, and was adored by millions of fans. Sixteen and Tiger Beat became two of his most cherished albums.

Yet though he lived out his dream like few others ever get to do, Sherman explained that he would usually film five days a week, and even had evening shows on the weekend. Suffice to say, the busy schedule took its toll.

“It was so hectic for three years that I didn’t know what home was,” he told the Washington Post.

“I was disoriented, I never knew where I was. I always had to be reminded. But, in all honesty, I must say I had the best of times because the concerts were great, the fans were great. It was the proverbial love-in, but it just zapped so much out of me.”

Then, in the midst of being a huge celebrity, Bobby suddenly decided to switch career to a whole new – yet very important – one.

Ultimately, he decided to change course and sacrificed his music and television career in a bid to save lives.

Sherman was very involved in his children’s upbringing, and his then-wife Patti was afraid of blood. As anyone who’s raised children will tell you, accidents are commonplace, and Christopher and Tyler often fell and injured themselves.

These falls sometimes resulted in bloody knees, amongst other minor scrapes and wounds. Wanting to be able to best control such situations, Sherman decided to take some classes. He underwent an introductory first aid-CPR class, and later volunteered as an emergency medical technician.

“The very first call, I saved a little 5-year-old girl’s life. I thought, ‘yeah, that’s the most incredible feeling,'” Bobby recalled in a 1994 interview.

Sherman got more training and went on to become the first aid teacher to police officers at the Los Angeles Police Department.

In 1992, Bobby became a sworn-in police officer with the LAPD, as well as its chief medical training officer. He delivered five babies in the field, and in 1994, showed great bravery in the face of adversity.

On the morning of January 17, 1994, Sherman woke up at home in Encino, California, to an earthquake. Instead of hiding, he decided to get in his truck and head straight to the epicenter.

Some people there needed advice, others required first aid. In any case, Bobby’s knowledge and presence was needed.

Now, while Bobby’s career change put him in the firing line to encounter all manner of difficult situations, he was still an entertainer at heart, and yet retained much of his loveable qualities from his time in the industry. In fact, he got to meet some of his old fans in the field.

He once recounted a story about how his teen idol fame followed him on rescue calls with Fire Department paramedics.

“On one call in Northridge, we were working on a hemorrhaging woman who had passed out,” Bobby told The Times.

“Her husband kept staring at me. Finally, he said, ‘Look, honey, it’s Bobby Sherman!’ The woman came to with a start. She said, ‘Oh great, I must look a mess!’ I told her not to worry; she looked fine.”

Over the years, Bobby continued to record scores for films and television shows in his homemade studio. His last television appearance was starring in an episode of Fraiser in 1997.

In the late 1990s, he was a part of the “Teen Idol Tour” alongside Peter Noone and Monkees members Davy Jones and Micky Dolenz. However, afterward, he decided to properly retire from the entertainment business.

Sherman explained that it was tough to hold on to the success, while thanking his fans for everything.

“What I’ve done with my life, and what I’ve been able to accomplish, all comes down to the fact that I’ve been blessed by the fans. It’s stayed with me, so I can have the opportunity to do things that I really love doing,” the star told Tulsa World.

This is Bobby Sherman today – net worth

“I don’t think I’d change a thing — except to maybe be a little bit more aware of [the success], because I probably could’ve relished the fun of it a little more,” Sherman admitted. “It was a lot of work. It was a lot of blood, sweat, and tears. But it was the best of times.”

Bobby Sherman wed his second-wife Brigette in 2011, and they are still married to this day. The same year they tied the knot, they founded The Brigitte and Bobby Sherman Children’s Foundation, a Ghana-based youth center dedicated to blending music and education.

Today, Bobby is 79 years of age. I think you’ll all agree, though, that he looks very much like himself, as he’s retained much of his familiar appearance!

Bobby Sherman was an outstanding actor and entertainer, and we will always miss those great years!