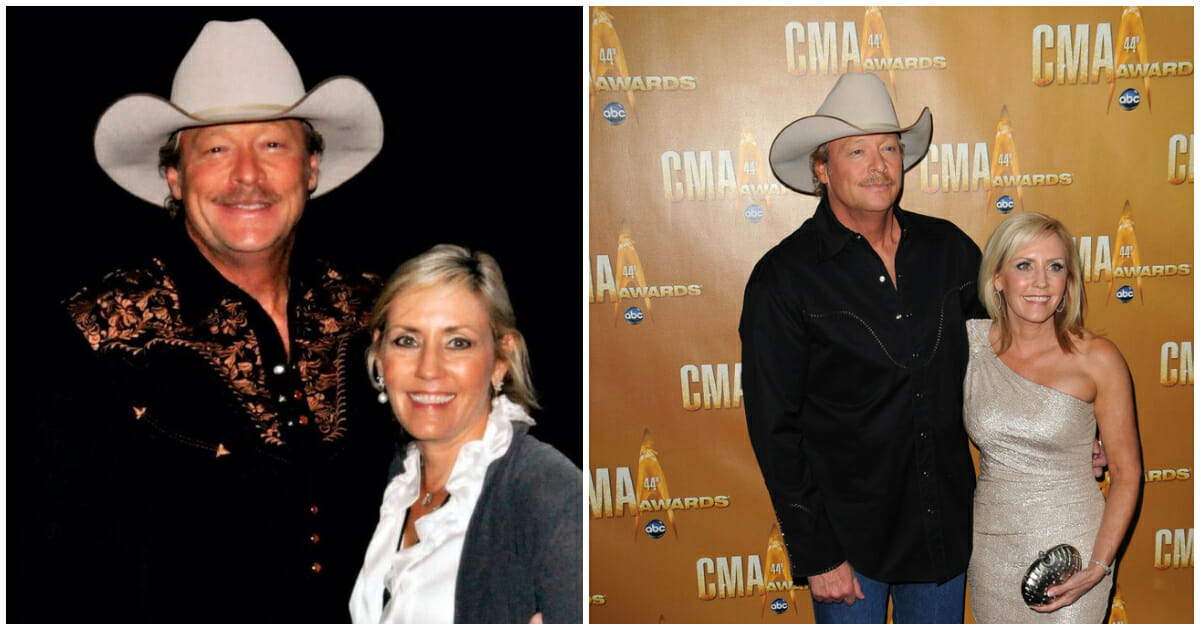 In show business, relationships come and go — there aren’t many celebrity marriages that last a long time.

But some couples manage to defy the stereotype, staying strong even after decades together. That’s the case for country star Alan Jackson, who has been married to his high school sweetheart Denise for 40 years.

While the two have gone through some rough times, they’ve always made it work and come out stronger than ever.

Alan Jackson is one of country music’s biggest stars and one of the best-selling recording artists of all time, and won a Grammy for the 9/11 memorial song “Where Were You When the World Stopped Turning.”

But by his side every step of the way has been his wife Denise. The two were high school sweethearts, and tied the knot in 1979, when they were 19.

Over the next few decades, Alan would become a major star… and as is often the case, fame took a toll on their relationship.

“Alan has such a strong personality, and the more his career grew, the more insecure I felt, and the more I absorbed myself into his world,” Denise told Today in 2007.

“My dreams became his dreams, and it was all about him and his goals, and I kind of lost myself.”

In the ’90s, the couple went through a major rough patch. Alan was unfaithful, and his infidelity caused the two to separate for three months.

It was a painful separation, but Denise, through her religious faith, found the strength to forgive her husband, who recommitted to their marriage.

“Life is not a fairy tale, and even the most perfect spouse can not be your all-in-all,” Denise said. “We all have our faults, and every adult alive has regrets.”

“The greatest blessings in my life have come out of my worst shattering,” she told People. “His betrayal and our separation were what led to this new, passionate love relationship with God and also led to us being able to have the kind of marriage that we both always wanted but just didn’t know how to have.”

Their time apart also inspired one of Alan’s most famous songs, “Remember When.”

The two have been committed to one another ever since. Even as they’ve faced trials and hardships, they’ve always come out stronger.

Denise was diagnosed with colorectal cancer in 2010. She later beat the disease through chemotherapy, and Alan says it made them appreciate life all the more.

“It made us change our whole outlook on life, what we value and what’s important,” Alan told the Palm Beach Post. “That’s what happens in situations like that.”

So many celebrity marriages come and go, which makes it all the more inspiring that these two fought to make it work in spite of everything.