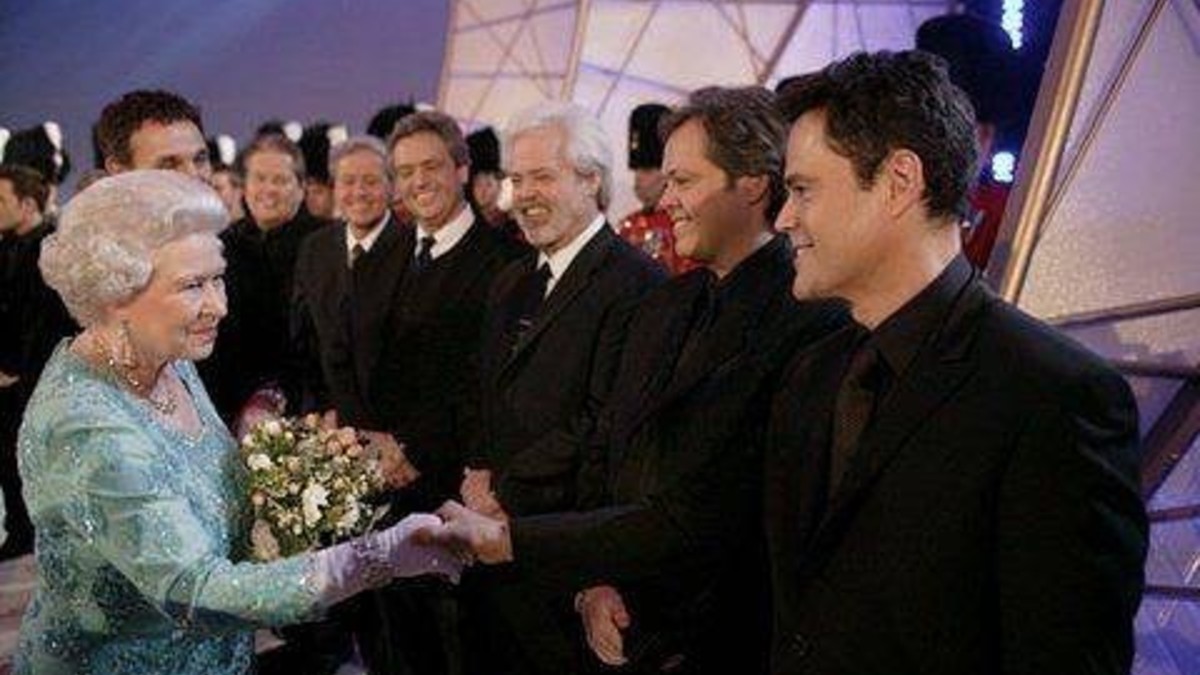 It’s been a busy, bittersweet week for Queen Elizabeth, who said a final goodbye to her longtime husband Prince Philip over the weekend, and then marked her historic 95th birthday on Wednesday.

95 is a big birthday for anyone, but for the queen it further cemented her status as England’s oldest and longest-serving monarch ever. But due to coronavirus restrictions and a period of mourning observed by the royals, celebrations were limited to a small private lunch.

Still, tributes and well-wishes came from around the world… including a sweet “happy birthday” post from one unlikely fan: singer and former teen idol Donny Osmond, who recalled meeting the queen in a fun throwback post.

Osmond performed for the Queen in 2003, as part of the Royal Variety Performance at the Edinburgh Festival Theatre.

Osmond got the opportunity to meet and shake hands with the queen after the show. He shared the photo on his Instagram account on April 21, in honor of her birthday, and called it a “wonderful moment.”

“Sending her well wishes on her special day,” Osmond wrote.

And it’s clear that the queen was a fan of Donny as well. Many commenters pointed at the admiring look she gives him… even as she’s shaking hands with someone else.

“That look she is giving you… priceless,” one commenter wrote.

But the pop singer and the queen go back even further than that. Donny performed with his brothers as The Osmonds at the 1972 Royal Variety Performance at the London Palladium.

In another memorable photo, Donny’s brother Merrill licked his lips, making it look like he’s sticking his tongue out at the Queen, which has become a running joke in the family.

Donny is long past his days as a teen idol, but he’s still going strong. He continues to perform, and recently signed on for a solo residency in Las Vegas, scheduled to begin in August.

This is his second Vegas run: for over a decade he headlined a residency with his sister Marie. The two had a hit variety show, Donny & Marie, in the ’70s.

Osmond has also been very successful on television competition shows: he won the 9th season of Dancing with the Stars and was the runner-up on the first season of The Masked Singer. (He was the peacock.)

What a sweet photo. Hopefully sometime soon Donny Osmond can give the Queen another performance, she could use one!