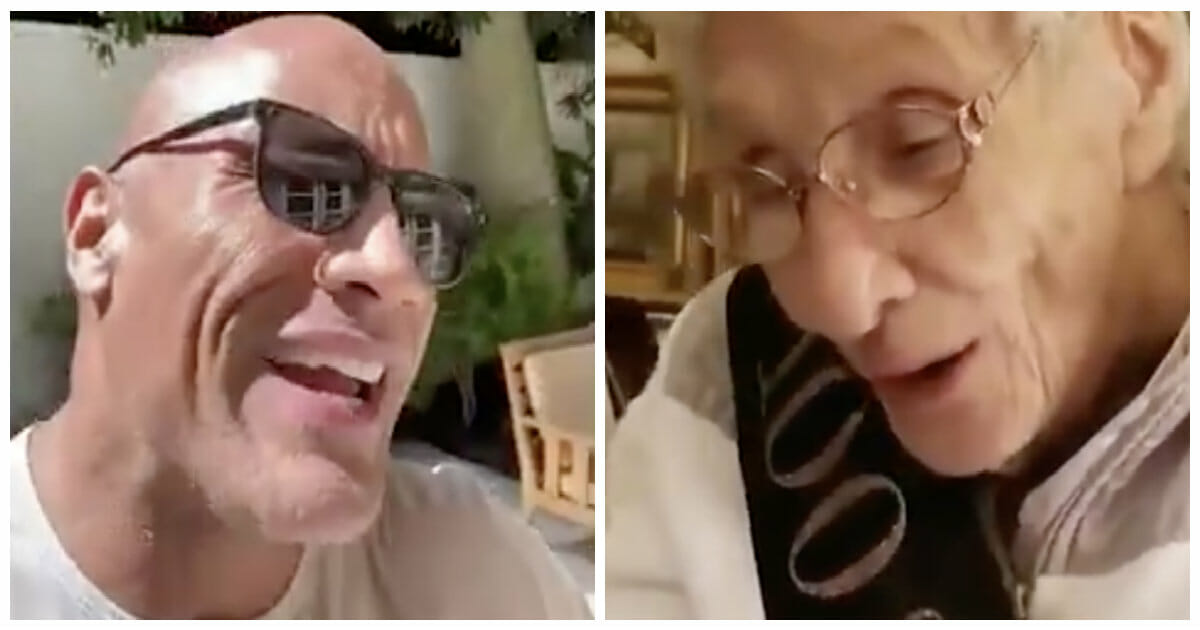 It’s a big deal when someone turns 100, the rare milestone of hitting the triple-digits. For those lucky enough to hit their centennial birthday, you need to go all out and celebrate in style.

That’s definitely what one woman did, receiving a surprise that would make anyone jealous: a serenade from her favorite celebrity, Dwayne ‘The Rock’ Johnson! 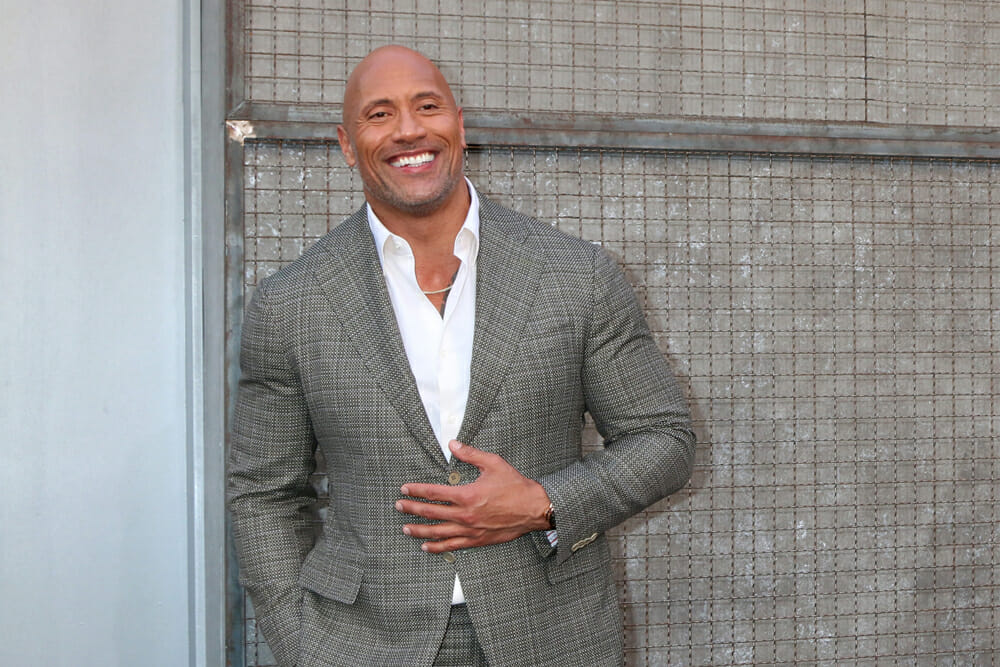 When communications specialist Jamie Klingler heard that her old friend’s grandmother, Marie Grover, was turning 100, she knew had to do something special for her.

“She is a wonderful woman who enhanced my childhood and my life,” Jamie told Buzzfeed News. “She is a legend.”

It’s a little surprising that a woman her age is so into The Rock, but Marie is a longtime fan since the beginning of his career. Saying the old woman “adores” The Rock, Jamie recalled that the grandmother wore a Rock sweatshirt back when she was in high school 25 years ago, back when Johnson was a still a young WWE star, and used to talk about “how handsome he is.”

For the record, back then Johnson looked something like this:

And if you were a diehard fan of The Rock during the fanny pack years, you’re a true diehard fan.

Jamie set out to get in contact with The Rock, seeing if he could give Marie a personalized birthday greeting. She devised a plan to get in touch with his people through a “friend of a friend,” but after Tweeting about it, The Rock got word and simply reached out to her directly:

What?? First I’m hearing of this! Who’s turning 100? Beautiful age! What do you need, Jamie?

It was a thoughtful gesture to reach out like that, and The Rock followed up in a big way, recording a thoughtful video greeting for the birthday girl, where he says her name, croons “Happy Birthday” and thanks her for being his fan.

“I am sending you so much love, and a huge congratulations on 100 years,” The Rock says. “What an amazing life. I, and I’m sure everyone around you right now, am very happy you were born.”

The family showed the video to Marie, and recorded it in a priceless reaction video: “Love you right back, you Rock, you!” the delighted centenarian says.

Jamie was thrilled to see her big long-shot birthday surprise actually come to pass, and thanked The Rock for making Marie’s birthday.

grandmom grover just called to say thank you and said she was trying not to cry and saying I love @therock! I’ll have the video tomorrow morning ?????

And The Rock, retweeting the video, was as gracious as usual, calling fan surprises like this “always the best part of fame.”

Love seeing this. Happy 100th Grandma Grover! I’m honored you’re a fan and grateful you were born! Much love, Rock.
(wish my grandma was still around, but stuff like this is always the best part of fame) #phillystrong ? https://t.co/EvuKAbuULT

“It’s really all down to Dwayne and his kindness,” Jamie told Buzzfeed. “He made an old woman so incredibly happy. I will always be grateful.”

A big happy birthday to Marie, and thanks to The Rock for making her big day so special! Share this great story!