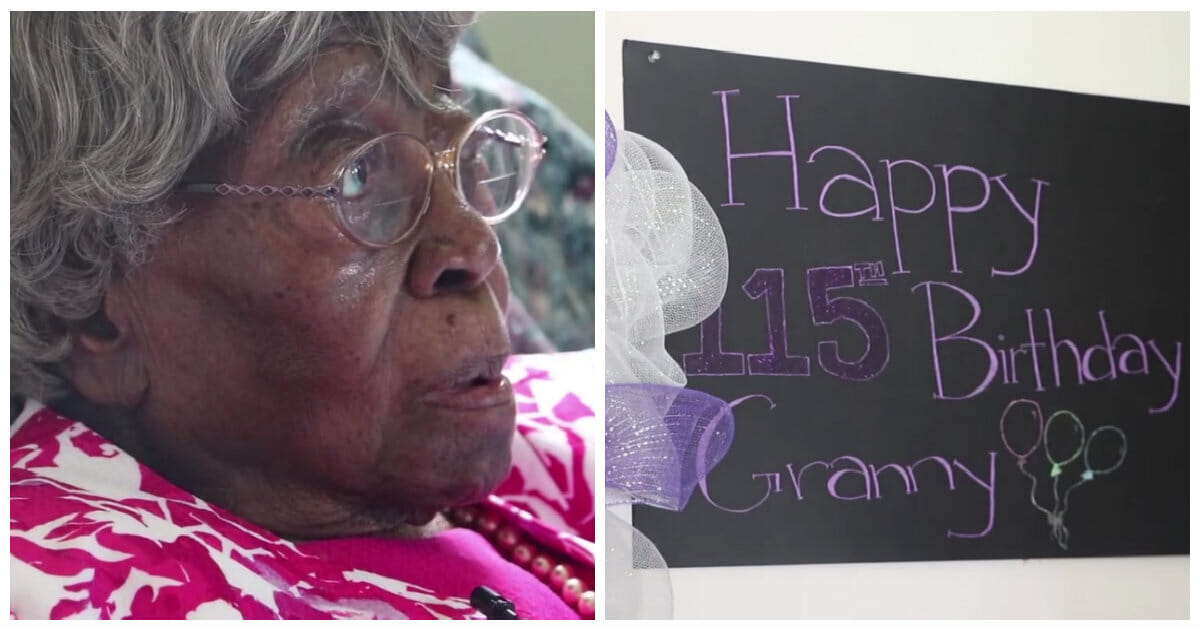 We all know the big milestone birthdays—16, 21, anything ending in a zero—but after a certain age every birthday becomes a big deal. Once you hit 100, every passing year is a huge achievement that few people get to see.

So let’s wish a happy birthday to Hester Ford, who just celebrated her birthday on August 15… reaching the incredible age of 115. While the record isn’t officially verified, that makes her the oldest living person in the United States.

Hester was born on August 15, 1904 in Lancaster, South Carolina. She worked on a farm, and later worked as a nanny for 20 years after moving to Charlotte, according to WCNC.

“She is a living legacy, our family matriarch and we are honored to be celebrating her today,” one of her great granddaughters told FOX 46.

Hester has been in the same home in Charlotte for 50 years, living with her family. She’s also been a member of her church, Macedonia Baptist Church of Charlotte, for 73 years.

“Her church is 5 minutes away, she loves her church,” Hester’s granddaughter Mary Hill told WCNC. “We are just glad to be apart of the fabric of Dalebrook and of Charlotte, North Carolina.”

While Hester didn’t have an answer when asked how she’s lived so long, her family credits her religious faith: “Her faith and God and her love for mankind,” Mary said. The supercentenarian reportedly still recites bible verses and songs every day.

Hester’s 115th birthday celebration comes after a stunning discovery last year. The family always thought Hester was born in 1905—when she was born, there were no official birth records kept.

But last year they discovered census records indicating that Hester was actually born in 1904, making her a year older than anyone thought.

While Hester celebrated her big day as her 115th, it’s not yet officially verified. The Gerontology Research Group’s list of validated living people lists her age as 114, which officially makes her the second-oldest person in the US and the 11th oldest in the world.

But if her birth year is verified, she’ll be officially the oldest living American, and the fourth-oldest in the world.

Hester’s community celebrated the milestone birthday. The mayor of Charlotte has officially declared August 15th as “Mother Hester Ford Day,” and her home was filled with well-wishing visitors.

“The house was full again. And they just wanted to thank Ford for her prayers and just being a great neighbor,” Mary told WCNC.

While her age is incredible, Hester hopes others will follow in her footsteps by keeping care of their body and spirit.