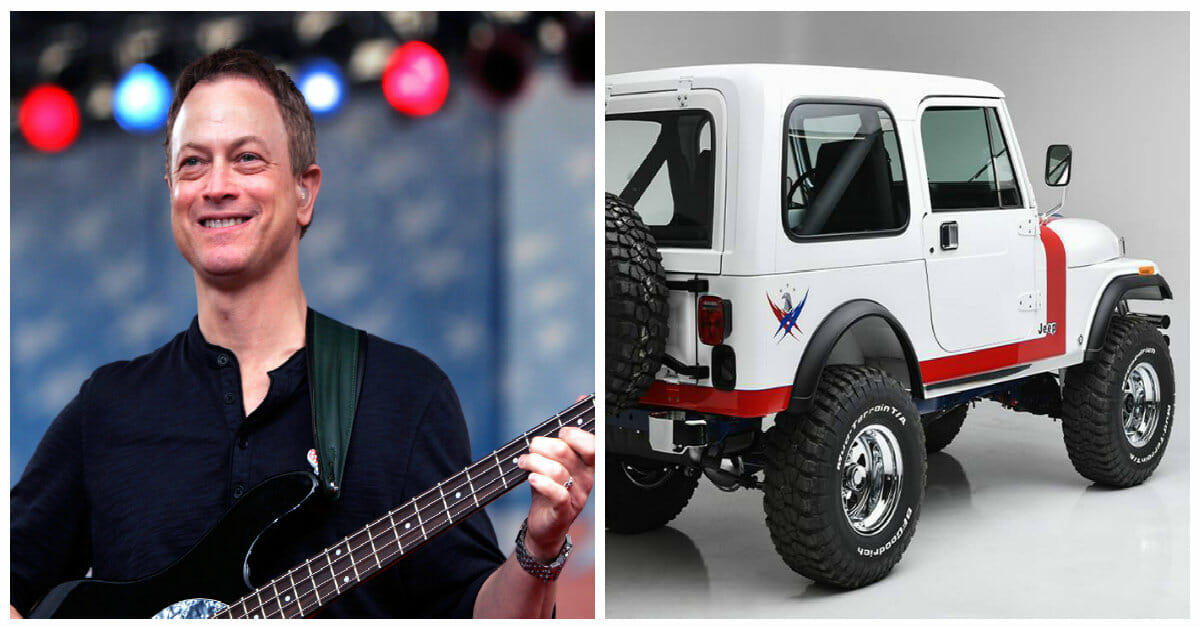 Anyone who loves movies and TV has enjoyed the work of actor Gary Sinise. He’s best known for his Oscar-nominated role as Lieutenant Dan in Forrest Gump, along with other memorable roles in Apollo 13, Of Mice and Men and CSI: NY.

But offscreen, Sinise has been making a big difference in the lives of veterans through his charitable efforts. He has donated millions to veterans groups, flown children of fallen soldiers to Disney World, and built a smart home for a wounded veteran in need.

Since playing Lt. Dan—a Vietnam vet who struggles in civilian life after losing his legs in combat—Sinise has felt a connection with US veterans, who responded to the character.

“Over the years, that character has been connected with our wounded and our service members.”

This inspired him to start the Lt. Dan Band, named after the character, who play USO shows on military bases. It also led to him to create the Gary Sinise Foundation in 2011. Through his organization, the actor was determined not to let this generation of soldiers slip through the cracks.

From everyone at the Gary Sinise Foundation, we extend a heartfelt thank you to Owens Corning Corporate for their…

In January, Sinise raised money for his organization in an inspired way: he placed a jeep up for auction at the Barrett-Jackson collector car auction in Scottsdale, Arizona.

Sinise’s car was a 1981 Jeep CJ7—but it was no ordinary model. It was a special, custom-designed model, created in a collaboration with Richard Rawlings, of the Discovery Channel series Fast N’ Loud, and his Gasy Monkey Garage.

“Nothing is more near and dear to my heart than to take care of our veterans and get them acclimated to society,” Rawlings told The Arizona Republic.

The completely retooled car was decorated with a unique red, white and blue exterior design.

Posted by Barrett-Jackson on Wednesday, 9 January 2019

The Jeep was sold at the auction for $200,000. But that’s not all: Sunbelt Rentals agreed to match the donation with a million dollars.

Even better, the winner of the first bid put the Jeep back on the auction block to raise even more money. This second bid went for an additional $100,000.

In total, the Jeep raised $1.3 million for the Gary Sinise Foundation.

“My first car auction, it’s going to be hard to top that,” Sinise said. “There were a lot of veterans out there in the audience so I got to acknowledge them and say thank you.”

Rawlings says that it makes sense the Jeep sold so well—and that it’s a fitting way to raise money for the charity.

“Most people that have served in the military are car and motorcycle fans,” Rawlings said. “It’s a pretty easy correlation. A car is an extension of ourselves and our freedom.”

Posted by Barrett-Jackson on Wednesday, 9 January 2019

Thank Gary Sinise and his whole foundation for their hard work to benefit veterans! Share this story!