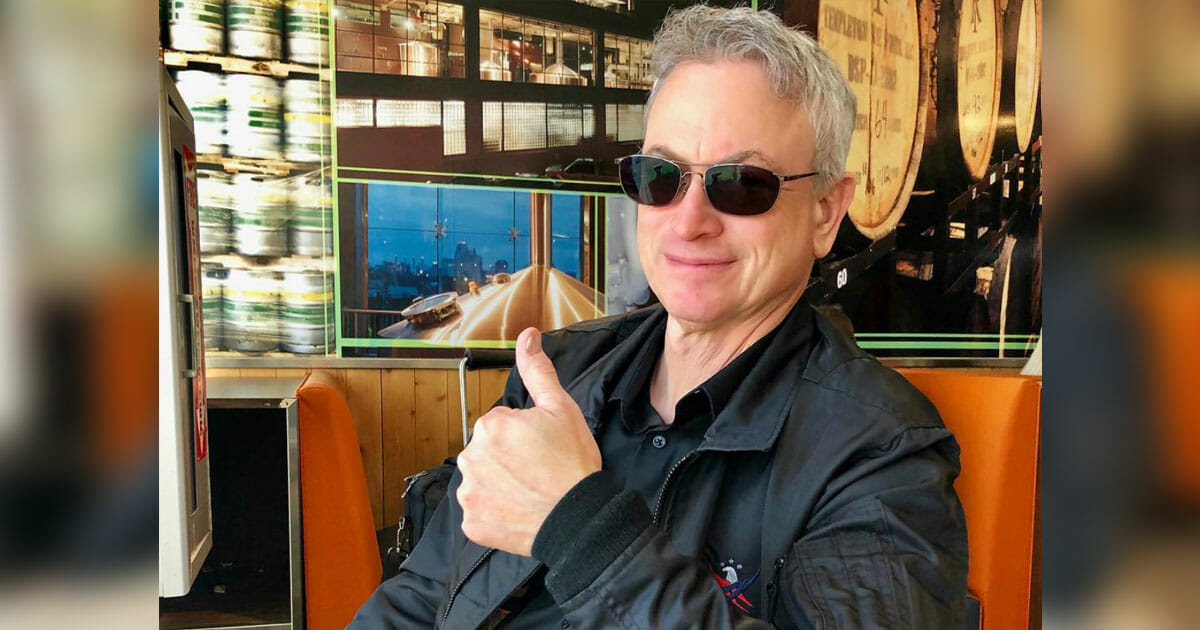 To some the thought of being in a relationship with someone for four decades may be daunting or even impossible. It’s certainly not for everyone and it takes a certain kind of couple to reach that milestone.

One celebrity couple who are quickly approaching their 40th wedding anniversary is Gary Sinise and Moira Harris.

Gary Sinise, who is known for his unforgettable role as Lt. Dan Taylor in Forrest Gump and his extensive work for veterans, married Moira Harris, also an actress, in 1981.

The couple met long before they reached celebrity status. In fact, Gary met Moira (who also became an actress) during their college years in Illinois.

Today, they have three adult children together. Back in 2017, when Sinise was about to become a grandfather for the first time, he turned down many activities, which he would otherwise say ”yes” to.

The family loving Sinise wanted to make sure he was there when his granddaughter was born.

In an interview with Parade, Sinise revealed the celebrity couple’s longevity. And it’s something we could all incorporate into our lives whether we’re in a relationship or not.

“A sense of humor,” he said. “My wife’s a loving, funny, Irish-spirited person, and I’m still surprised at some of the things she says. She makes me laugh every day.”

Besides making sure laughter fills their home every day, the couple make sure to support each other in good times and bad.

With my daughter relaxing on a lake before getting back to work on Criminal Minds Beyond Borders #CMBB Been a great hiatus traveling in support of @garysinisefoundation and entertaining our troops! Filming starts Monday. Excited for you folks to see what we have coming next season.

Harris is involved with Sinise’s foundation, the Gary Sinise Foundation, which offers assistance to veterans, first responders, and their families.

While Sinise has been a pillar of strength for his wife during her battle with alcoholism, which he wrote about in his recent book, “Grateful American: A Journey from Self to Service.”

“I was not going to include it in the book unless she was supportive of that,” he said.

Although it was a difficult chapter in their lives – and in the book – Harris was supportive of her husband’s decision because their journey to a stronger family and faith might help another struggling family.

Sinise is a practicing Roman Catholic. He converted to the faith on December 24, 2010. His wife, Moira, converted in 2000.

The famous actor started going to Mass with his wife about 20 years ago.

“My wife was confirmed in Easter 2000. … The following year that little church became a sanctuary, a place of great comfort” following the 9/11 terror attacks in 2001.

Sinise followed a rather unusual path to becoming a practicing Catholic.

“I surprised my family. I’d gone through the confirmation classes and whatnot myself behind everybody’s back and I didn’t tell anybody that I was doing it,” he said in a telephone interview with Catholic News Service.

It was such an honor to visit U.S. Army Captain Jake Murphy and his family in their new specially adapted smart home. I couldn’t be more thrilled to see how much this home helps restore Jake’s independence. Just wonderful. On behalf of this Grateful American and those who support the @garysinisefoundation , welcome Home Murphy Family, thanks for giving me the grand tour. #videolinkinbio

“On Christmas Eve 2010 I told the family I was taking them to dinner at Morton’s Steakhouse and have Christmas Eve dinner,” he said.

“And on the way there, I pulled into the church, and everybody asked, ‘What are we doing here?’ I said come on in. We walked into the church. The priest was there, and he confirmed me. It was beautiful.”

Gary Sinise stresses the importance of “service above self” – a mindset that was the inspiration behind his foundation for US veterans.

“This is a calling,” he said. “All this stuff that I’ve done prior to this, the movie business, the television work, the theater company, the success I’ve had, this is what it’s for. It’s to give something.”

For me, Gary Sinise is just a great person that happened to get famous. He’s always doing good things!

Just finished the final event of a 15-day book/concert tour. Thank you to everyone for putting Grateful American on the bestseller list. Your pal, Gary

Gary Sinise is an amazing TRUE hero to a lot of people. Love him as an actor, humanitarian and just all around great guy.

Bless him and his lady. A true humanitarian – please share this article on Facebook if you agree!