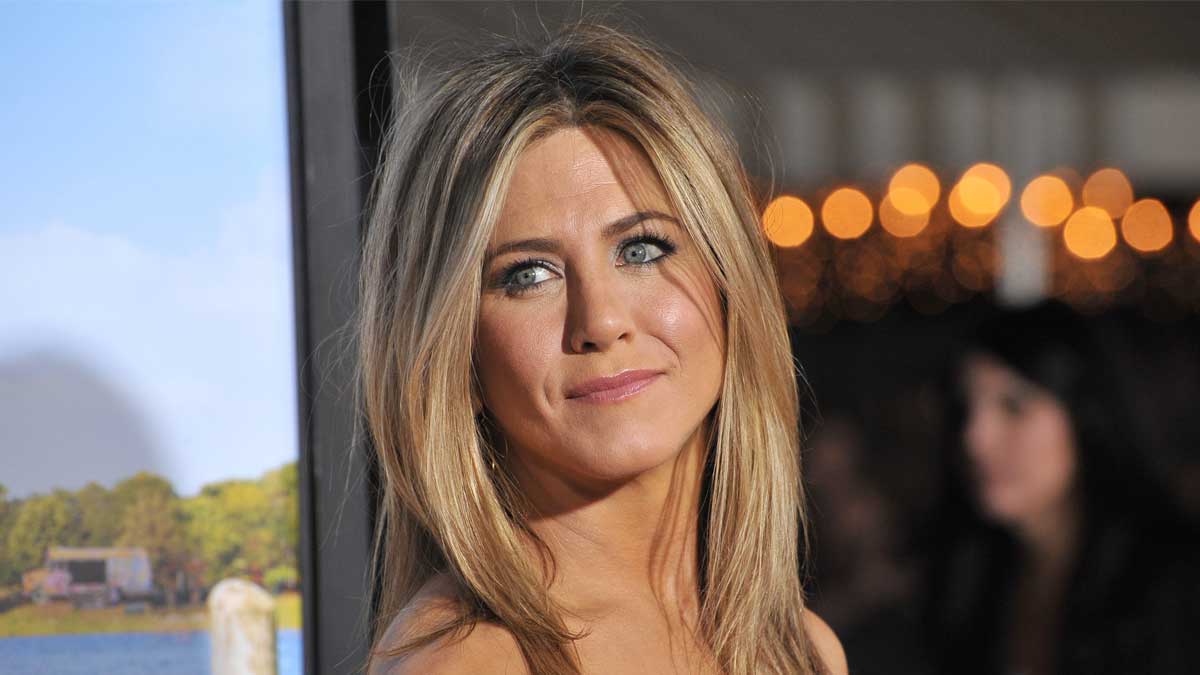 For years Jennifer Aniston battled pregnancy rumors, and she fought each one with grace.

Now the former Friends actress and current star of The Morning Show is speaking out about the “challenging road” she faced.

“My late 30s, 40s, I’d gone through really hard shit, and if it wasn’t for going through that, I would’ve never become who I was meant to be,” she told Allure.

“I was trying to get pregnant.”

The 53-year-old actress revealed she tried to start a family several years ago, but despite her best efforts nothing seemed to work.

While she tried everything possible, rumors constantly swirled. One day she was pregnant, and the next she was selfish for not wanting children.

In reality, Aniston was struggling.

“I was going through IVF, drinking Chinese teas, you name it. I was throwing everything at it,” she explained.

“I would’ve given anything if someone had said to me, ‘Freeze your eggs. Do yourself a favor.’ You just don’t think it. So here I am today. The ship has sailed.”

Even though she’s proclaimed her ship has sailed, she said she doesn’t have any regrets.

“I have zero regrets,” she said. “I actually feel a little relief now because there is no more, ‘Can I? Maybe. Maybe. Maybe.’ I don’t have to think about that anymore.”

Like many celebrities, Aniston’s relationships were highly publicized. She met Brad Pitt in 1998, and in 2000 the couple married. But by 2005 they were divorced.

In 2011 she met Justin Theroux, and by 2015 they were married. During their relationship, media constantly questioned them about their desire to have children.

Aniston always expressed her disdain for the prying inquiry.

“No one considers that it might be a sensitive subject for my partner and I. They don’t know what I go through emotionally or medically. There is pressure on women to be mothers, and if they are not, then they are damaged. Maybe my purpose on this planet is not to procreate. Maybe I’m meant to do other things.”

No matter how she responded to the media, nothing was satisfying. And it wasn’t always the pregnancy rumors that bothered her, but the ones about why she supposedly wasn’t having a child.

“I just cared about my career. And God forbid a woman is successful and doesn’t have a child. And the reason my husband left me, why we broke up and ended our marriage, was because I wouldn’t give him a kid. It was absolute lies. I don’t have anything to hide at this point.”

The constant gossip and lies led her to write a 2016 op-ed for HuffPost.

“For the record, I am not pregnant. What I am is fed up. I’m fed up with the sport-like scrutiny and body shaming that occurs daily under the guise of ‘journalism,’ the ‘First Amendment’ and ‘celebrity news.’ “

“I’ve spent so many years protecting my story about IVF. I’m so protective of these parts because I feel like there’s so little that I get to keep to myself. The [world] creates narratives that aren’t true, so I might as well tell the truth. I feel like I’m coming out of hibernation. I don’t have anything to hide.”

So many women struggle with infertility, and so many do it silently. I’m so glad to hear someone like Jennifer Aniston speak up about it.

This is an excellent reminder not to judge others.